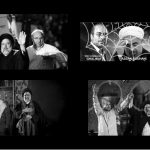 MEK Iran: There is No End to Human Rights Abuses by the Iranian Regime

Written by Mohsen Aboutalebi on June 4, 2020. Posted in NEWS

Both Raisi and Ghalibaf’ cracked down on the MEK as a means of career advancement (PMOI/MEK).

Last Thursday, the Iranian regime’s parliament appointed its new speaker and out of the three candidates standing for the position, Mohammad Bagher Qalibaf was the outright winner with 230 of the 267 votes.

Ghalibaf’s landslide win was mainly due to him being preferred by the regime’s Supreme Leader, Ali Khamenei, who is at the moment in the strongest position he has been in for a long time. The main reason why Khamenei appears to be so dominant is that the last election was rigged in such a way that Khamenei was guaranteed absolute dominance. Leading up to the February 21st election, the Guardian Council used its power to purge rival factions from promoting their candidates.

The non-existence of democracy

This last election was less democratic than any other election which resulted in a poorer voter turnout with just allegedly 43 percent taking part in the voting process and even this appears to have been a gross exaggeration.

People’s democratic rights were unleashed last November when Iranians, young and old, were eager to participate in a countrywide uprising.  This was the second in two years and at both events, a repeated chorus of words could be heard which were “death to the dictator.”  This showed that there was disapproval of the government and people were seeking change.

Not long after, the Islamic Revolutionary Guard Corps shot down a Ukrainian commercial airplane, killing everyone on board. They immediately tried to initiate a cover-up, but this didn’t last long because within 3 days the public got to know the truth. However, it did bring about another wave of protests. What happened next couldn’t be predicted as it was the outbreak of Covid-19, which seemingly has over the last few months affected Iran more than just about every other country.

Mismanagement was in the air

Political analysts reporting for the regime said that the airline disaster initiated the first wave of mistrust of state institutions and they also expected resentment from Iranians regarding the uncontrolled spread of Covid-19. This has led the regime to increase its monitoring of potential dissidents and agitators. This is one of the reasons Qalibaf was promoted to the speaker position because of his long history spanning 40 years of intolerance towards political dissents. He has personally inflicted violence on anyone that fits the bill and is a threat to the regime.

The former head of the regime’s parliament security commission put the number of injured “order and security defenders” at 2.5times that of the insurgents. COVERING UP GREAT CRIME AGAINST HUMANITY IN NOVEMBER 2019 UPRISINGhttps://t.co/mrNnwELz6s #Iran #MEK #Iranian @USAdarFarsi pic.twitter.com/Dyr40hPTKo

Ebrahim Raisi, another of Khamenei’s loyal supporters, was appointed as the new head of the judiciary, which is a very powerful position. Human rights supporters considered that Raisi is likely to promote the use of brutality towards any opponents of the regime. He was allegedly the key person involved in January 2018 when dozens of protesters lost their lives when they clashed with the security forces and the IRGC. In November 2019 the casualty rate was much higher, as the regime’s security forces shot at the crowds using live ammunition. What was even more dreadful was that the wounded were taken to hospital, but were denied access to life-saving treatment.

Amnesty International was prepared to state that members of the IRGC had been shooting to kill. The NCRI, after reading reports compiled by the People’s Mojahedin Organization of Iran (PMOI/MEK Iran), discovered that 1,500 protesters had lost their lives in the 2018 and 2019 uprisings. Both Raisi and Qalibaf’ cracked down on the (PMOI/MEK Iran) as a means of career advancement. In his position as the IRGC commander in Gilan and Mazandaran Provinces, Qalibaf pushed for crackdowns on any dissent before transferring to be part of national operations as the initiator of an intelligence unit in the Basij militia and a rapid-response police force unit that was spent most of its time-stamping out unrest.

In the meantime, Raisi worked as a judge where he used his unfettered power to implement both corporal and capital punishment. In 1988, he was the key leader in a massacre of 30,000 political prisoners, many of whom were (PMOI/MEK Iran) supporters.

Qalibaf often recalls with pleasure how he suppressed the actions of students when they were protesting in 1999. He had just wanted to win the presidency, but the last time lost to Rouhani. This hasn’t stopped him and he is now the new speaker in the present parliament.

Raisi’s appointment as the judiciary head took place because there were few candidates to choose from. He had the strength of character to take on such a position, as well as wholeheartedly supporting the regime. Iranians are willing to work toward that outcome on their own. But they need international support all the same. The longer the dream of regime change is deferred, the more “stick wielders” and “hanging judges” will pack the upper echelons of the Iranian regime. And the more that hardliners dominate the system, the more they will turn that dominance against Iran’s peaceful, activist population.