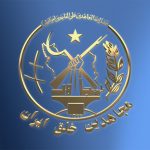 The MEK Iran was founded in 1965 by a group of university students in opposition to the Shah’s monarchical regime. MEK Iran outlook is based on a democratic and tolerant interpretation of Islam, according to which elections and public suffrage are the sole indicators of political legitimacy.

The Shah’s regime subjected MEK Iran members and supporters to arrest, torture, imprisonment, and even execution during the 1970’s, thereby creating a leadership vacuum in the period preceding the Shah’s downfall that was opportunistically filled by Ruhollah Khomeini and his clique of mullahs. The organization was however intellectually influential in the 1979 Iranian revolution and vied for social and political influence in the first two years after the revolution.

As the MEK Iran leadership challenged Khomeini in the leadership of Iran’s direction in the post-revolutionary period, Khomeini ruthlessly and systematically curbed their legal participation in the political process. The MEK Iran’s widespread support among the young generation, however, forced Khomeini to tolerate MEK Iran grassroots organizations and activities up until June 20, 1981. This day represented a watershed moment in modern Iranian history as the MEK Iran organized a half-million strong protest march in Tehran to challenge Khomeini’s attempt to establish an absolute dictatorship. For the MEK Iran this was a historical test of adherence to the ideals of democracy for which the Iranian nation had sacrificed. For Khomeini, it was a test of his power to wield absolute rule and establish his dream of a theocratic dictatorship that he propagandized as an “Islamic Republic”.

In the period after June 20, 1981, the MEK, in the face of unprecedented state genocide and brutality, went underground. While still in Iran the MEK Iran leader, Massoud Rajavi announced the formation of the coalition of National Council of Resistance of Iran vowing to return sovereignty to the Iranian people as was the original goal of the 1979 revolution.

To this day, the MEK Iran and the NCRI parliament-in-exile, have remained steadfast to that goal, warning the world of the danger of Islamic fundamentalism in power, exposing the Iranian regime’s malevolent activities, organizing and struggling for freedom in Iran, and mobilizing domestic and international public opinion in support of the goal of democracy and freedom for their country.

MEK Iran supports the establishment of a secular, democratic, non-nuclear republic in Iran, based on the separation of religion and state. It is committed to gender equality and abolition of the death penalty. It is the largest organized resistance movement in the country.

The pioneer role of women in the organization has made it a beacon of hope for millions of youth and particularly women in Iran; especially since women and youth in Iran endure the most severe suppression.

At least 120,000 of MEK Iran supporters and activists have made the ultimate sacrifice to the cause of freedom and democracy in Iran over the last three decades. Its supporters continue to be arrested by the regime and put under torture for standing up to the religious extremists ruling Iran.

MEK Iran espouse a modern and progressive interpretation of Islam that is inherently tolerant and democratic. The backward religious establishment rooted in centuries-old class tradition, therefore, consider the MEK Iran to be an existential and intellectual threat to their precepts of religious rule.

As such, the MEK Iran, with their interpretation of Islam, are an anti-thesis to the growing problem of religious extremism rooted in backward interpretations of Islam. More specifically, the MEK Iran is the natural and homegrown solution to the form of political Islam embodied in Khomeni’s thesis of religious rule. Iran regime proxies in Iraq, Syria, Lebanon, and Yemen emulate Khomeni’s model of so-called Islamic power in Iran. Sunni extremist groups such as Al-Qaeda and ISIS also emulate this model while representing sectarian competition, all of whom are causing much destruction and terror in the region and the world.

Fundamentalist mullahs representing Iran’s centuries-old religious establishment believe interpreting Islam is their exclusive right and domain. The MEK Iran rejection of this view is a direct challenge to clerical supremacy. The testing ground for this competition between reactionary traditional interpretations of Islam and the MEK Iran’s progressive interpretation is Iranian society and particularly young Iranians. In the first years of the post-Shah era, Khomeini decisively lost the battle for Iranians’ hearts and minds and turned to violence to remove the MEK Iran intellectual challenge to his rule. Today, his legacy and regime face a restless youthful population imbued with the same challenge that the MEK Iran has represented. The recent protesters chanting of MEK Iran slogans has proved them more persuasive, appealing, and successful than any other solution to Iran’s problems.

Given the democratic views and popularity of MEK Iran at home, the mullahs have invested huge resources inside and outside the country to smear the movement and denigrate Iran’s main opposition.

We, the supporters of the MEK Iran’s historical struggle for freedom in Iran, are mainly a group of Iranians from all occupations that feel motivated and inspired by the values and teachings of Mujahedin-e Khalq (MEK Iran). With much hope for a free and democratic Iran, we see it our essential duty to support and defend this historical journey and the selfless and heroic resistance against the dictatorship in Iran. We hence have decided to launch this website to inform the international community about the MEK Iran and the importance of supporting their movement for the cause of freedom and establishing peace and prosperity in the region.