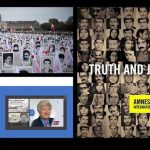 Written by Jennifer Jones-Kelley on May 6, 2021. Posted in MEK (PMOI) IN MEDIA, NEWS

A new editorial in Modern Diplomacy argues that the Iranian regime must answer for its actions in the 1988 Massacre of 30,000 MEK political prisoners before the United States negotiates a new nuclear deal. The piece, written by R. Bruce McColm, stresses that while preventing Iran from acquiring a nuclear weapon is important, it “must not be allowed to continue overshadowing Iran’s responsibility for terrorism and systematic human rights violations. These matters represent a much more imminent threat to human life.”

McColm writes that the Iranian people have risen up against the regime several times in the past few years. In December 2017, widespread anti-government protests took place across the country calling for an end to the clerical regime. The uprising was brutally suppressed by the regime’s security forces, but smaller protests took place on a daily basis in different cities and towns from that point forward. In November 2019, the regime announced a sudden and massive hike in gas prices, triggering another nationwide uprising. Iranians around the country poured into the streets to protest the regime and its policies, and once again they were met with brutality. More than 1,500 protesters were killed by the regime’s security forces during the November 2019 protests, and another 12,000 were arrested. Dozens have been sentenced to death for taking part in the demonstrations.

(PMOI / MEK Iran) and (NCRI): In December 2017, widespread anti-government protests took place across the country calling for an end to the clerical regime.

Amnesty International has condemned the regime’s treatment of protesters during the November 2019 protests, both for its summary executions of peaceful protesters and for the torture of those who were later arrested. Amnesty has also repeatedly condemned the regime for its actions during the 1988 Massacre and urged the international community to launch an independent investigation to bring its perpetrators to justice. These calls have been echoed by the United Nations and other human rights organizations, according to McColm. 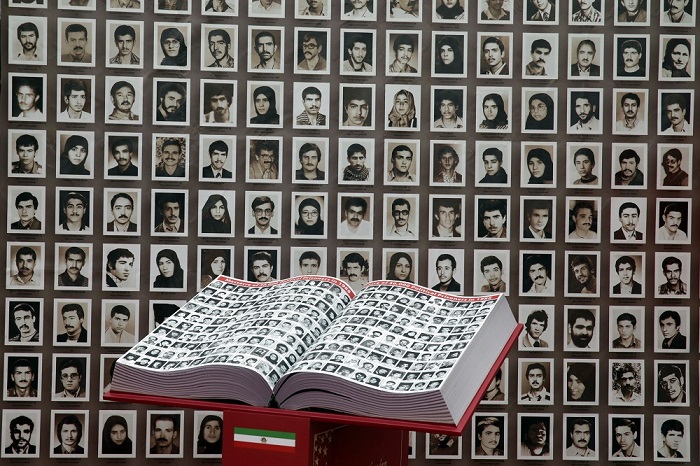 Amnesty International announced a “momentous breakthrough” was made last year when seven U.N. human rights experts wrote a letter demanding the regime fully investigate the massacre of political prisoners during the summer of 1988.

In the summer of 1988, regime founder Ruhollah Khomeini ordered the executions of all MEK political prisoners in Iran. Three-member death commissions were created in prisons across the country to interrogate, try, and convict political prisoners in trials lasting only minutes. Those who admitted membership in or support the MEK were executed in groups and buried in unmarked mass graves, the locations of which were kept secret.

Families were not informed

Many of the victims’ families were not informed of their loved ones’ fates until months later, and some were never given any information about their family members’ fates or whereabouts. Victims’ families still face intimidation from regime officials for seeking answers or publicly mourning their dead.

None of the perpetrators of the 1988 Massacre has ever been brought to justice. Many of the criminals responsible for the mass executions now hold high-ranking positions within the regime. The international community has failed to take any action to hold the regime accountable for this crime against humanity.

According to McColm’s article, the letter written by U.N. experts “noted that although the systematic executions had been referenced in a 1988 U.N. resolution on Iran’s human rights record, none of the relevant entities within that international body followed up on the case, and the massacre went unpunished and underreported.”

(PMOI / MEK Iran) and (NCRI): Mass graves of MEK’s members and supporters killed in the 1988 massacre by the Iranian regime

The MEK is still under attack by the Iranian regime. In June 2018, regime diplomat Assadollah Assadi masterminded a plot to bomb the National Council of Resistance of Iran’s (NCRI) Free Iran gathering in Villepinte, France. The event was attended by tens of thousands of MEK members and supporters, including dozens of prominent politicians from around the world. Assadi and his co-conspirators were arrested before they were able to detonate a bomb in the densely packed convention hall.

Assadi and his three co-conspirators were convicted by a Belgian count of attempting to bomb the gathering in February. Prosecutors said Assadi took his orders from regime officials at the highest levels. Assadi is the first sitting diplomat to be convicted of terrorism in a European court.

A need for accountability

If Tehran believes it has gotten away with the 1988 massacre, one of the worst crimes against humanity from the late 20th century, it can also get away with threatening the West and killing protesters by the hundreds,” writes McColm. This is why McColm argues it is integral to hold Iran accountable for its actions during the 1988 Massacre.

The regime has worked diligently to destroy the mass graves where the victims of the 1988 Massacre rest. Amnesty International uncovered satellite imagery of mass gravesites that are being demolished and paved over to conceal their existence. McColm writes that this activity has accelerated in recent years as public awareness of the massacre has increased. “Unfortunately,” emphasizes McColm, “the destruction currently threatens to outpace the campaign for accountability, and it is up to the United Nations and its leading member states to accelerate that campaign and halt the regime’s destruction of evidence.”

Without this evidence, stresses McColm, “it will be difficult to compel Tehran into taking its critics seriously about anything, be it more recent human rights violations, ongoing terrorist threats, or even the nuclear program that authorities have been advancing in spite of the Western conciliation that underlay 2015 Joint Comprehensive Plan of Action.”