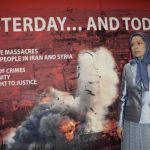 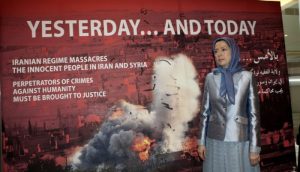 The People’s Mojahedin of Iran (MEK/PMOI) is the oldest resistance movement in Iran and is currently the largest and most popular as well. Founded in 1965, the MEK / PMOI is an anti-fundamentalist Muslim group that has opposed two dictatorships over the past fifty years. The ruling regime fears and despises the MEK because of their commitment to freedom. 120,000 of its members and supporters have been executed by the mullahs’ regime since the organization was founded.

The MEK’s actions are guided by a set of core beliefs. The organization enjoys broad support both within Iran and internationally. The MEK’s interpretation of Islam is in conflict with the current regime because of its support of freedom and democracy in Iran. The following is a list of the MEK’s values:

The PMOI remains a strong and cohesive organization, with a broad reach both worldwide and deep within Iran.  It is the leading voice for democracy in Iran, supported by its interpretation of Islam that discredits the fundamentalist mullahs’ regime.

On July 21, 1981, Massoud Rajavi announced the formation of the National Council of Resistance of Iran, while he was still in Tehran and called on all democratic forces to join the coalition.  The announcement was precipitated by a vote in the Iranian parliament that declared the democratically-elected President Bani-Sadr incompetent.  Khomeini soon thereafter removed him from office.

The NCRI is committed to the formation of a democratic and secular Iran, with a clear separation of religion and state. The NCRI is a diverse organization with a commitment to inclusion and pluralism. This parliament-in-exile has over 500 members, with the representation of religious and ethnic minorities. Kurds, Baluchis, Armenians, Jews, and Zoroastrians are represented in its membership. The NCRI has five major members, including the PMOI.

The PMOI is one of five major members of the NCRI.  It is the largest and most popular resistance organization in Iran.