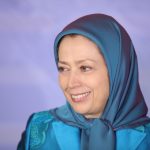 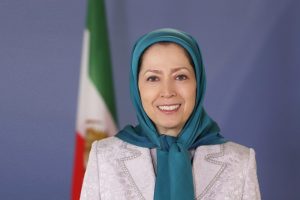 Mrs. Maryam Rajavi is the President-elect of the National Council of Resistance of Iran’s (NCRI). She has dedicated her life to restore democracy and freedom in Iran.

Ms. Rajavi was born on December 4, 1953, in Tehran. She earned a B.S. Degree in Metallurgy from the Sharif University of Technology. She helped organize the student movement against the Shah while attending the university.

Ms. Rajavi joined the PMOI after the revolution, working as a social section official. She ran for a seat in the first Majlis (parliament) in February 1980, but the mullahs prevented her from winning by manipulating the voting, as they did with all of the PMOI candidates.

Ms. Rajavi has authored ten books, some of which are: Tolerant Islam versus Extremism, Women, the Force for Change, and Women Against Fundamentalism. The first two books are compilations of her speeches, while the third book describes the experiences of women in the Iranian Resistance in their struggle against Islamic fundamentalism.

Ms. Rajavi is particularly concerned with gender equality. Approximately half of NCRI’s members today are women. Women in the NCRI occupy positions in international, political, social, and cultural affairs. Ms. Rajavi has spoken at many leading forums throughout Europe.  The following is a sampling of her words on various topics:

“Freedom is the most precious value. It is the very essence of progress…. For us, freedom is an ideal and a conviction.  It is the spirit that guides our Resistance.  Freedom is the raison d’être of our movement, it is the reason for its growth and development.”

“The reason Khomeini so interferes in all the minute details of the people’s lives and leaves them no room to breathe is because the world of this demon and his heirs is comprised of vengeance, obsession, and hatred…. In contrast, we must go among our people with a spirit of compassion and openness.  Let them be free.  Let them step forward to vote and elect freely.  Let a spirit of mutual understanding, forgiveness, love of construction, and national unity take the place of spite and vengeance.  Let the scars left by Khomeini on the body of this nation be healed.”

“Iranian women must free themselves.  Freedom does not come free and no one will ever deliver it to us on a silver platter.  We must build relationships that are unimpeded by gender-based distinctions and discrimination.  The path to liberation begins the moment you believe that no one can prevent the liberation of a woman who has chosen to be free of all fetters we all know too well.”

“Parallel to the liberation of women, men are also liberated and become even more responsible. This is because men who reject gender-based distinctions and discrimination and recognize women’s freedom of choice, first of all, liberate themselves.”

“These demagogues commit their crimes in the name of Islam, a despicable and horrendous act, and itself one of their most heinous crimes.  As a Muslim woman, let me proclaim that the peddlers of religion who rule Iran in the name of Islam, but shed blood, suppress the people, and advocate the export of fundamentalism and terrorism, are themselves the worst enemy of Islam and Muslims.  The day will come when they will be forced to let go of the name of Islam.”

“Allow me as a woman to tell of the wicked and misogynist mullahs: With all of your reactionary and medieval savagery, misogyny and oppression, you have done all you could do to Iranian women, but I warn you to beware of the day when this tremendous historic force is set free.  You will see how you and your backwardness will be uprooted by these free women. You mullahs have chosen, with your unspeakable crimes against women, and you cannot avoid being swept away from Iran’s history by these same liberated women.”

“I have devoted my life to bring hope for a better future to the people of Iran….And to also prove to the world that Islam as a social and democratic religion is not belligerent and can be productive for women.  This is the mandate that gives me inner satisfaction and a sense of true freedom….After the overthrow of the mullahs, we should, more than anything else, try to cure the sense of revenge and hatred amongst our people.  We should create unity and expand the spirit of tolerance and patience in the society.  It is our mandate to revive the identity and value of Iranian people.”

“Whereas Khomeini espouses the culture of sorrow, despair, and disappointment…the Iranian Resistance advocates the culture of love, jubilation, affection, life, and happiness.  So it is the task of the Resistance at this juncture and in future Iran to prepare the ground for artists to flourish by using their ingenuity in an open, free and healthy environment.  We hope that our genuine culture and art can take the spirit of life and hope, light and brightness, prosperity and abundance throughout the country and deep into the heart of every Iranian, fueling the flames of hope for a better life and a brighter future.”

1) “Enemies of the Ayatollahs,” by Mohammed Mohaddessin, Zed Books, London, 2004.