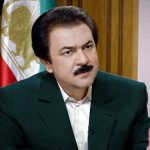 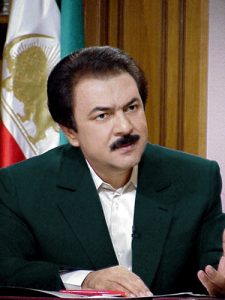 Massoud Rajvai, chairman, and founder of the National Council of Resistance of Iran (NCRI)

Massoud Rajavi was born in 1947 in the small town of Tabas, in northeastern Iran.  After earning his bachelor’s degree in political law from Tehran University, he joined a small group of aspiring university students in 1966 who would later form the nucleus of the People’s Mojahedin Organization of Iran (PMOI) also known by its Farsi name, the Mujahedin-e Khalq (MEK).

Mr. Rajavi became a member of the group’s leadership several years later and was a key contributor to its early discussions on history, philosophy, political theory, and religion. These discussions culminated in the MEK / PMOI’s modern and tolerant interpretation of Islam.

In 1971, Mr. Rajavi was arrested in a nationwide sweep by the Shah’s notorious secret police, SAVAK, along with other leaders of the MEK / PMOI. He was sentenced to death by a military tribunal and would have been executed if his older brother, Prof. Kazem Rajavi, had not intervened on his behalf from Geneva, Switzerland. Prof. Rajavi, a renowned and respected academic, organized an international campaign to save his younger brother’s life and was aided by top officials and intellectuals from several European countries, including the later French President François Mitterrand, the renowned French philosopher Jean-Paul Sartre, as well as Amnesty International.

The campaign succeeded in commuting Mr. Rajavi’s death sentence to life imprisonment.  He spent the last seven years of the Shah’s reign in prison and was freed along with the last group of political prisoners in January 1979, ten days before Khomeini returned to Iran. 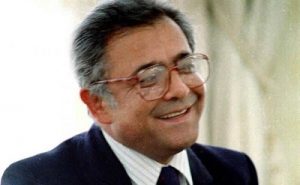 Prof. Kazem Rajavi-Iran’s first Ambassador to the United Nations, and later the representative of the main opposition coalition National Council of Resistance of Iran ( NCRI ) in Switzerland and at the UN in Geneva.

Once out of prison, Mr. Rajavi spent his time preparing and organizing the MEK (PMOI) for the inevitable struggle for democracy and freedom that lay ahead.  His weekly lectures at the Sharif University of Technology symbolized the intellectual challenge the MEK (PMOI) represented to Khomeini and the supremacy of the clergy in Islam. It was attended by thousands of eager young Iranians and tens of thousands more watched or listened to the videotapes of the lectures disseminated throughout Iran. An article by Eric Rouleau in Le Monde described the occasion:

“One of the most important events not to be missed in Tehran is the course on comparative philosophy, taught every Friday afternoon by Mr. Massoud Rajavi.  Some 10,000 people present their admission cards to listen for three hours to the lectures by the leader of the People’s Mojahedin on Sharif University’s lawn.”1

Mr. Rajavi became a candidate for Iran’s presidency in early 1980, but Khomeini blocked his participation a week before the election on the excuse that Mr. Rajavi had opposed Iran’s new constitution that sought to institutionalize theocratic government. In a test of what he had called the last vestige of freedom in the political process, Mr. Rajavi then ran for a seat in Iran’s new Majlis (parliament) and received more than half-a-million votes. But the mullahs manipulated the vote tally to deny him, or even a single PMOI candidate, a seat despite widespread support.

These setbacks did not deter a growing number of Iranians who flocked to the MEK (PMOI) while support for Khomeini’s regime weakened.  In June of 1981, over 500,000 people attended a peaceful rally organized by the MEK (PMOI) in Tehran to protest Khomeini’s dictatorial power grab. Khomeini in fear that he might lose control, ordered his guards to open fire, unleashing a reign of terror.

MEK (PMOI) members and mere supporters were summarily arrested, imprisoned, and executed at the tail end of the failed political process in Iran in June 1981. The MEK (PMOI), under military and police crackdown, voted to send Mr. Rajavi into exile to establish a political front against the repressive Khomeini regime. In July 1981, Mr. Rajavi flew to Paris aboard an Iranian Air Force Boeing 707 from a military base in the heart of Tehran with the aid of dissident Air Force personnel loyal to the MEK (PMOI). Before leaving Iran, Mr. Rajavi initiated the formation of the National Council of Resistance of Iran (NCRI), a coalition of Iranian dissident organizations and personalities committed to the establishment of a democratic, secular and non-nuclear republic in Iran.

Mr. Rajavi managed the NCRI’s affairs and was integral in helping it to expand and thrive. He worked tirelessly to nurture the organization and support its efforts to topple the Khomeini regime.  Mr. Rajavi believes that the NCRI’s status as the leading pro-democratic resistance group in Iran is secondary to the goal of restoring democracy to Iran. “If at any time, any group or alternative is found to be better equipped to overthrow the regime and guarantee Iran’s independence, democracy, and popular sovereignty,” Mr. Rajavi said, , “we will definitely and wholeheartedly support it, even if it is opposed to our way of thinking,”2. 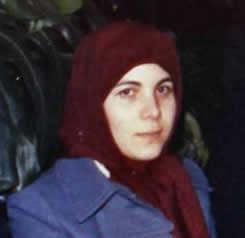 Monireh Rajavi, the younger sister of the Iranian Resistance’s Leader, Massoud Rajavi, who was executed on Khomeini’s order along with the 30000 victims of the regime’s political massacre in summer 1988.

Mr. Rajavi’s sister, Monireh, and her husband, Asghar Kazemi, were massacred in 1988 along with 30,000 other political prisoners based on a fatwa by Khomeini.  Two years later, Mr. Rajavi’s brother, Professor Kazem Rajavi, was assassinated in Geneva by a 13-member terror team sent from Tehran.

Mr. Rajavi handed over his executive responsibilities in the PMOI in 1989 to his successor at the time, Maryam Rajavi.

In 1983, Mr. Rajavi made the difficult choice to initiate a peace campaign directly opposed to Khomeini’s war effort (see mullahswar.com).  After the rightwing French Prime Minister, Jacques Chirac declared Mr. Rajavi and his movement persona-non-grata pursuant to a deal with the Iranian regime to secure the release of French hostages held by the Iranian proxy terrorist group, the Hezbollah in Lebanon, Mr. Rajavi and the MEK (PMOI) relocated to Iraq, as the only country that agreed to provide them safe haven and the independence to actively oppose the Khomeini regime. In Iraq, Mr. Rajavi formed the National Liberation Army, which played a critical role in forcing the mullahs to agree to a ceasefire in the devastating Iran-Iraq war in 1988.

Mr. Rajavi is recognized and revered in Iran as the MEK / PMOI’s historical leader, primarily because he is the sole surviving member of the movement’s original leadership in the 1960s and 70s and because of his crucial role in reviving the MEK (PMOI) organization after it was shattered by a group of self-styled Marxists, who in 1972 took advantage of the absence of the MEK (PMOI) Muslim leaders – all imprisoned at the time – and expropriated the organization’s name. While in prison, Mr. Rajavi rejected the Marxist coup and safeguarded the principles of the MEK (PMOI) as a Muslim, democratic, nationalist, and progressive movement. Mr. Rajavi also protected the PMOI’s Islamic ideological identity in the face of Khomeini’s onslaught and his reactionary vision of Islam.

At various stages in the journey that has become the MEK / PMOI’s history, he has led it with integrity, courage, and steadfast belief in the ideals of that small group of young, freedom-loving university students and intellectuals, who formed the only Muslim revolutionary movement in Iranian history, committed to guiding the nation to a free, democratic, and progressive future.

Massoud Rajavi’s unrelenting endeavors have earned him a place in Iran’s history, alongside other great and respected Iranian political leaders such as Sattar-Khan, Mirza Kuchak-Khan, and Dr. Mohammad Mossadeq.