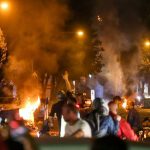 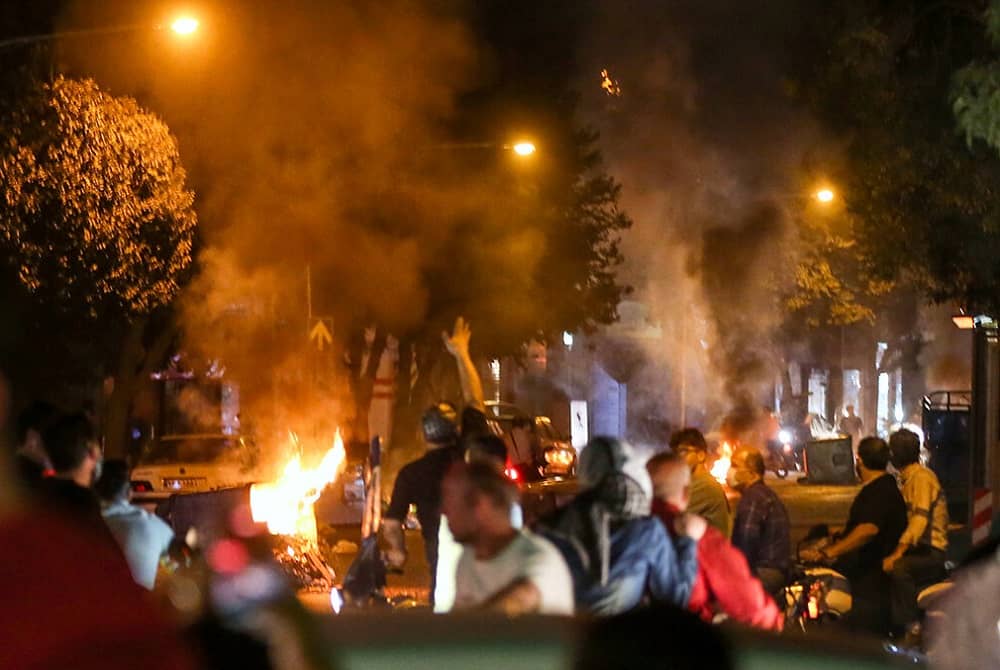 Street protests and clashes between the youths and the regime’s suppressive forces.

It’s difficult to say how many protesters have been killed or injured since protests began following the death of Mahsa Amini. The 22-year-old woman from the city of Saqqez in Kurdistan Province was brutally beaten by the morality police and died of her wounds in a Tehran hospital on September 16. The event triggered protests that quickly spread across Iran and rekindled the people’s desire to overthrow the regime.

With different groups giving varying figures. Iran Human Rights, based in Norway, estimates that at least 201 protesters have died as a result of injuries sustained in clashes with law enforcement; Iranian state-affiliated media reported a death toll of 60 at the end of September.

“My conscience can’t bear the thought of not doing anything to help my countrymen,” 30-year-old doctor Arash says, who was interviewed by CNN publication. He agreed to use a pseudonym to protect his identity because he was afraid of retaliation from the government.

He and his colleagues do their best to treat minor injuries on the spot, but in more serious cases, “we try not to let them die and then we transfer them to hospital as an emergency,” he says.

🎞️As the violent response of security forces in #Iran's Kurdistan province continues, injured protesters are refusing to go to hospitals. This video shows the leg of a 14-year-old child hit by a shotgun in #Saqqez, 3 days ago, but not yet treated in a hospital.#IranProtests2022 pic.twitter.com/4jjnUC3d9X

People injured in the protests

Arash says he has grown adept at spotting undercover Iranian law enforcement officers. According to the doctor, they frequently visit the emergency room of the public hospital where he works as a general practitioner to look for people injured in the protests that have swept the country. Arash tries to thwart the undercover officers by using fictitious names for the people he treats or simply refusing to help.

He is one of the Iranian doctors and medics who risk their own freedom – and possibly their lives – by assisting protesters, whether by treating them on the front lines of the demonstrations or concealing the nature of their injuries when they seek treatment in public hospitals.

#IranRevolution2022—October
Alborz, C #Iran—Footage shows a local hospital in Fardis refuses to admit injured protesters despite their coherence situation.#IranProtests2022 goes on despite the regime and its agents' atrocities.#MahsaAmini🌹
FYI:@AntonioGuterres,@AgnesCallamard pic.twitter.com/dDWoPGHFSU

With the fear of arrest discouraging many protesters from seeking help openly, those suffering major injuries are faced with an impossible choice: “Spend the next 10 years of my life in prison or let this broken femur heal on its own,” as Dr. Kayvan Mirhadi, an Iranian American doctor based in New York, puts it.

Mirhadi connects injured protesters who contact him on Instagram with Iranian doctors who are willing to help and can be trusted to keep quiet.

Giving and receiving assistance can be dangerous for both parties; protesters are concerned that doctors will report them to the police, while doctors risk being ambushed by police posing as protesters seeking assistance. Nobody knows who they can rely on.

For Arash, the GP at the public hospital, there is one patient that won’t leave his mind.

Protesters in Iran fear being arrested at the hospital. @JomanaCNN speaks to doctors working to help injured demonstrators.

He claims that a group of protesters brought a 16-year-old girl to the emergency room five days ago. She’d been hit on the head with a baton, resulting in a “massive” hemorrhage and brain contusion. She was rushed to the hospital for emergency surgery, but she died anyway.

After paying the ultimate price, some protesters have become faces of the movement, but in this case, the girl’s family chose not to publicize her death. “That’s why she’s stuck in my head,” Arash explains. “Because she deserves to be alive and well, at least in my memory.”

As night falls across Iran, the homes of doctors fill with injured protesters and kitchens are turned into surgeries to treat gun shot wounds and broken bones https://t.co/21Hoyr6OR4