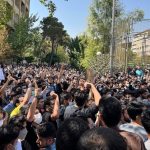 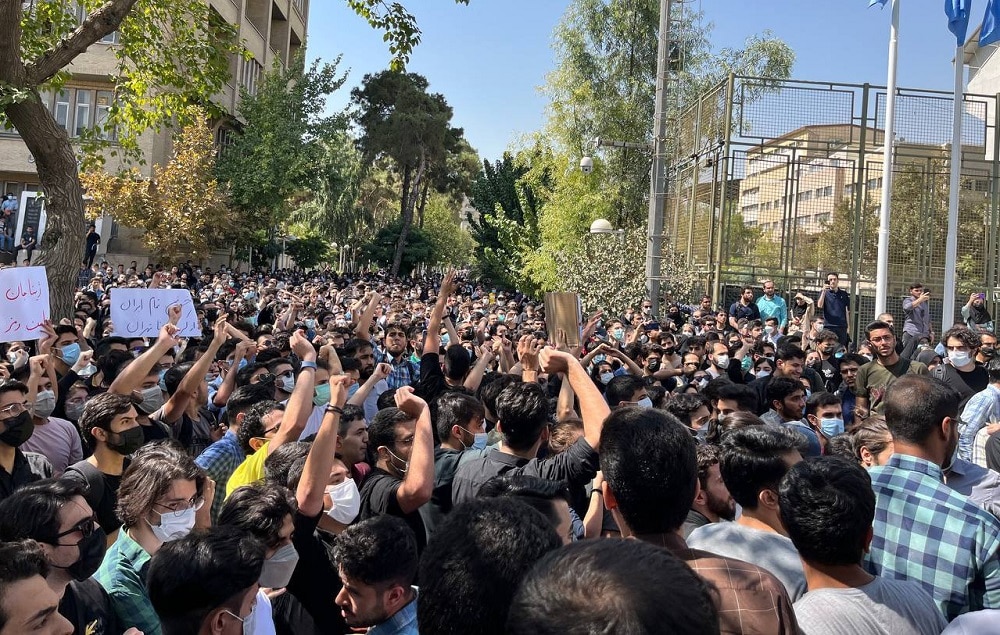 Perhaps Mahsa knew little that her life and death would light a fire under Iran’s brew of social anger. Iran inhabits tens of millions of girls and women like Mahsa, who have been oppressed by the misogynous regime and living a life without the merest glimmer of hope. The clerical regime has murdered tens of thousands of female dissidents in its dungeons and at the gallows in the past four decades.

This is #Iran under the mullahs where you can get beaten into a coma by regime's Fashion police or Morality police.

Zhina Amini (Mahsa) went into a 3rd level coma after being batoned by the Guidance Patrol. https://t.co/VDs24ZvoPT #FreeIran pic.twitter.com/mZrQEzhoHC

Her picture and name widely circulated on social media and have been the world’s top-trending topic in the last few days. From international outlets to celebrities and artists, all expressed their support for Mahsa and all Iranian women.

Social media was not the only place of protest. People soon took to the streets, and the protests became a scene of confrontation between people and the regime’s forces. Kian Derakhashan, a young protester, was shot dead, and hundreds were wounded.

The latest reports from Kurdistan, Tehran, and Karaj indicate people chanting slogans against the regime in its entirety and tearing down posters of the mullahs’ supreme leader Ali Khamenei and his eliminated terror mastermind Qassem Soleimani.

In its latest reports, the regime’s Supreme National Defense University acknowledged that “Three of four Iranians participate in protests.”  After examining the recent major uprisings in 2018 and November 2019, it concluded that “With the continuation of the economic crisis and the sharp increase in the feeling of injustice and inequality in society, if uprisings occur again, nearly 75% of people will participate in the protests.”

I salute the Iranian people and youths risen up in Sanandaj and Divandareh, chanting “Long live freedom,” and confronting the clerical regime’s repressive forces. They protest Khamenei-Raisi’s oppression and vicious murder of #MahsaAmini.

“All these factors have completely changed aspects of Iranian society, and along with the two protest waves of January 2018 and November 2019, the suspicion that Iranian society is on the threshold of political collapse has been strengthened.”

The SNDU is not the only state-affiliated organization that warned the regime. Iran’s state media and officials’ speeches are riddled with warnings about the volatile society.

“I am making an official announcement… we have reached the end of the road, meaning we are completely cut off from the people and the people have lost all hope in us. We have reached the very end. We are forced to push through our measures by resorting to force,” Rasul Montajabnia, a former top official, warned on September 12.

Mahsa’s brutal murder is neither the first nor the last crime of the genocidal regime. The current wave of protests is also not the Iranian people’s first or last effort to topple the regime. But the society’s reaction to Mahsa Amini’s murder showed that the nation’s rage against the entire ruling establishment is far more profound than a temporary emotional act. It’s a four decades-long frustration bursting, with any spark.