MEK Iran: ‘Revolution is in the air’

Iranian regime expert and longtime friend of the MEK Struan Stevenson penned an article published on the United Press International (UPI) website arguing that the regime’s pattern of corruption and oppression will inevitably lead to revolution.

Stevenson pointed to the failing economy as a major source of resentment among the Iranian people. With 75% of the population living below the poverty line, some Iranians make ends meet by selling their kidneys, livers, or corneas for cash. The Iranian rial lost 49% of its value in 2020, causing a 34.4% annual inflation rate.

“Revolution is in the air,” Stevenson wrote when describing the November 2019 protests, which began after the regime announced a massive hike in gasoline prices. Iranians across the country took to the streets to protest the move, and the regime responded with a massive display of brutality. Islamic Revolutionary Guards Corps (IRGC) snipers fired into crowds of protesters from rooftops and helicopters. Members of the regime’s Basij Forces beat protesters with batons, and then IRGC members dragged injured protesters from their hospital beds and took them to undisclosed locations, where they were tortured and interrogated.

More than 1,500 protesters were killed during the November 2019 Protests, and another 12,000 were arrested. Dozens have been sentenced to death for taking part in the demonstrations. “The execution of political prisoners has become almost a daily event,” wrote Stevenson.

“The seething resentment and antipathy to the clerical regime have begun to boil over,” wrote Stevenson. Iranians are angry that their government continues to pour money into regional conflicts in Syria, Yemen, Lebanon, and Iraq while the country sinks further into poverty. They are frustrated that the regime spends large amounts of money and resources on a secret nuclear and ballistic missile program while continuing to deny its existence to international leaders. They are heartbroken that the regime’s failure to protect its people has led to the deaths of more than 275,000 Iranians from Covid-19. 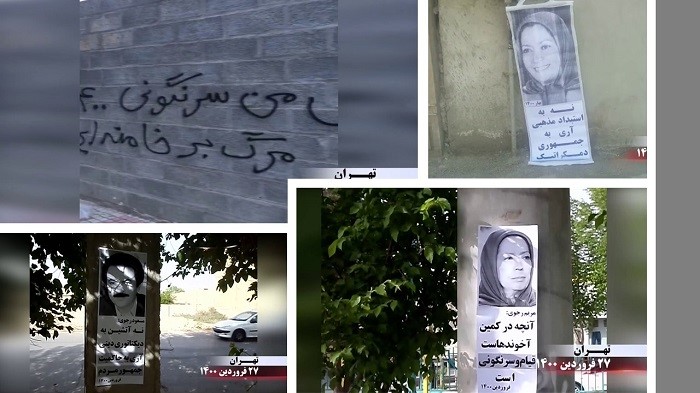 (NCRI) and (PMOI / MEK Iran): Anti-regime protests and acts of rebellion occur every day as anger builds across the country.

Another uprising is on the horizon

According to Stevenson, young MEK supporters in Karaj torched the Basij Women’s Unit headquarters. The women’s unit is responsible for enforcing the regime’s misogynistic dress code and behavior expectations. Officials from this unit are known for their brutal crackdowns on women who stand up for their rights or who simply fall afoul of hijab rules by mistake.

Regime officials are aware that another uprising is on the horizon, and even the IRGC has acknowledged the threat posed by the MEK. Last fall, Revolutionary Guard chief Hossein Salami referenced the MEK in a statement. “The enemy has attacked our youth with psychological warfare. This is a battlefield and the focal point of our efforts,” he said. 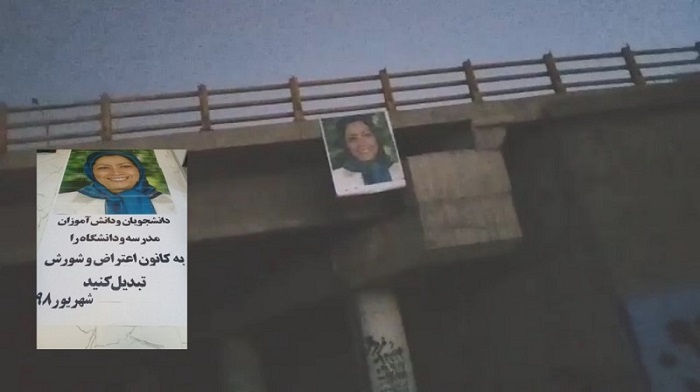 State-run media have also expressed concern about another uprising. The state-run Arman daily wrote, “Our hopes will drown if the barrier of outrage, anger and violence breaks.”

The state-run Setareh Sobh newspaper wrote, “The youth are fed up. They are waiting. It was just two weeks ago when social media users tweeted 12 million times the hashtag ‘do not execute’ in protest to death sentences for three youths arrested during the November 2019 incidents. If this match is lit, putting down the fire will be very difficult.”