Written by Mohsen Aboutalebi on August 28, 2021. Posted in MEK (PMOI) IN MEDIA, NEWS

On 22 August, in a special report from the Sunday Times, Mathew Campbell visited the People’s Mujahedin of Iran’s (PMOI / MEK Iran) headquarters located in Albania. The Iranian opposition movement has been committed to overthrowing the fundamentalist Islamic regime since the fall of the Shah of Iran in 1979.

“An enclave of one square mile complete with phone masts and monuments to “martyrs”, the camp is home to some 2,800 exiled militants of the MEK, the biggest and most resilient Iranian opposition group.” Mr. Campbell Explained.

Since the foundation of the clerical regime, Iranians have been suffering the oppression of the mullahs, that has been ruling for over four decades. 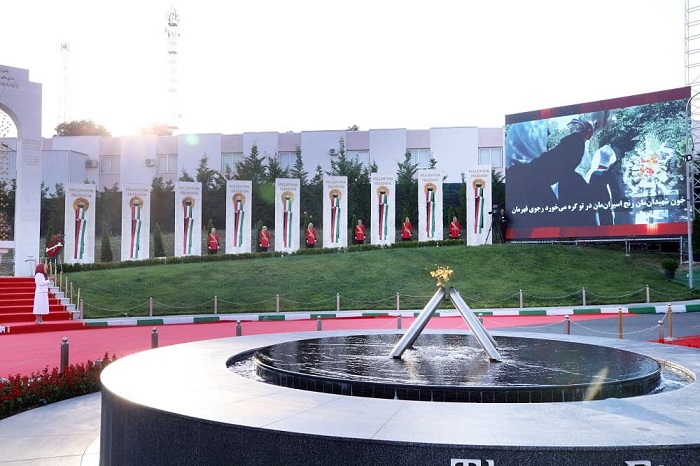 (PMOI / MEK Iran) and (NCRI): Celebrating The 40th Anniversary Of The Start Of The Nationwide Resistance Ashraf 3

On June 18, Supreme Leader Ali Khamenei, the regime’s ultimate authority, appointed Ebrahim Raisi to that position. The vast majority of the public, however, boycotted the rigged election in protest of Raisi’s 30-year history of grave human rights violations.

He became a major contributor in the Tehran “death commission” in the summer of 1988, which oversaw the massacre of 30,000 political detainees.

Crackdown on nationwide protests in late 2019

Raisi also played a key part in a crackdown on nationwide protests in late 2019 and early 2020, as head of the judiciary, which saw 1,500 people executed in a matter of days and thousands more tortured over months.

Support for the MEK is growing inside Iran

Of course, given Raisi’s history of human rights atrocities, the most serious concerns about his appointment revolve around the suppression of dissent and the brutal punishment of members of opposition groups such as the MEK and its political wing, the National Council of Resistance of Iran (NCRI).

“Overthrowing the regime will be a ‘difficult job’,” said one MEK member, according to Campbell. “But the theocracy has been severely shaken by recent protests, he says and insists that support for the MEK is growing inside Iran, where its “resistance units” stir up unrest. For him, the rise of Raisi means the regime is desperate.” Campbell continued.

Maryam Rajavi, president-elected of NCRI, who presents herself as a beacon of western values, a champion of gender equality, as well as a supporter of freedom of expression and human rights, said in a rare interview with Mr. Campbell:

“The regime tried very hard to physically destroy our movement. When they failed, they engaged in mass disinformation to demonize us.” Rajavi explained. “They say we have no popular support, so why do they fear us so much?” Answering her own question, she says: “Popular discontent is growing,” wrote Campbell. 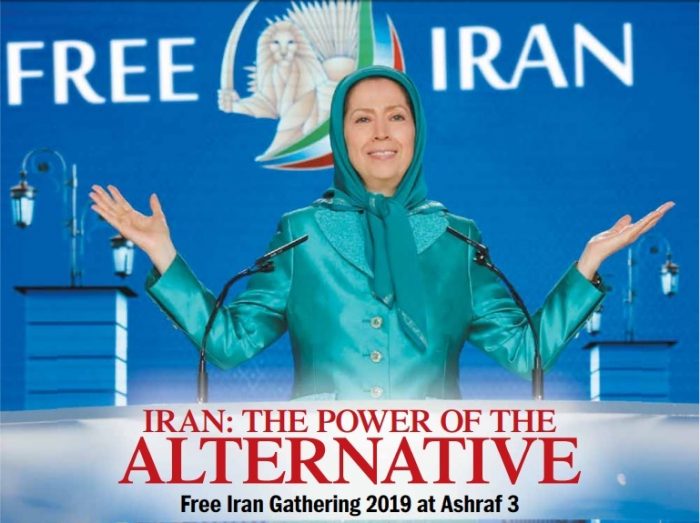 (NCRI) and (PMOI / MEK Iran): The cover photo for the Special Edition of the Washington Times on the Recent 5-day conference at MEK’s headquarter in Ashraf3- Albania.

The participation in the recent “summit”

“An example of this, she suggests, is the participation in the recent “summit”, at great risk to themselves, of so many activists inside Iran who sent her videos of support, filming slogans they had daubed on walls or posters of her they had hung on bridges. Could this turn into a tide of protest that will sweep away the regime?” Campbell continued.

Over 1,000 political leaders from the United States, the United Kingdom, the European Union, and the Arab world attended the three-day Free Iran World Summit. 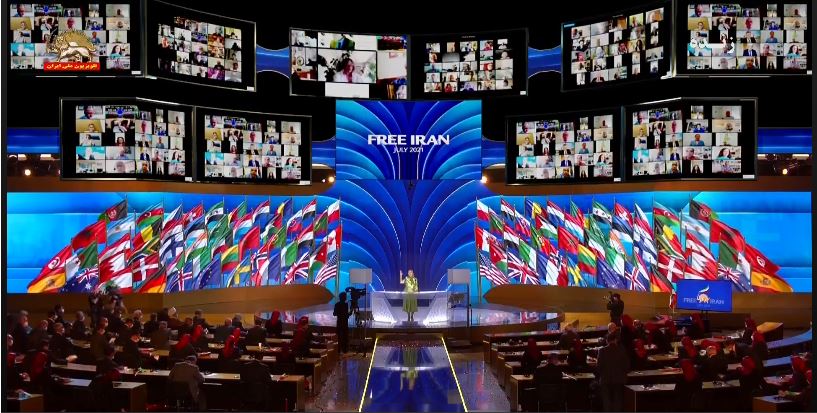 (NCRI) and (PMOI / MEK Iran): The Free Iran World Summit 2021 – Online summit of Iranians from 50,000 locations in 105 countries, joined by 1,029 political dignitaries from five continents, and including gatherings in 17 countries.

Mrs. Maryam Rajavi was the keynote speaker at the event. Her remarks mostly focused on Iran’s domestic problems and the clerical regime’s weak status, but they also touched on the international community’s inactivity in the face of Iran’s continuous human rights violations and terrorism export.

(NCRI) and (PMOI / MEK Iran): Mrs. Maryam Rajavi, the President-elect of the National Council of Resistance of Iran (NCRI).