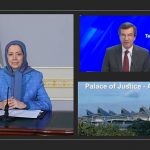 MEK Iran: Appeasing Mullah by European Leaders is a Failure and Must Stop

Written by Esmail Mohades on February 1, 2021. Posted in MEK (PMOI) IN MEDIA, NEWS 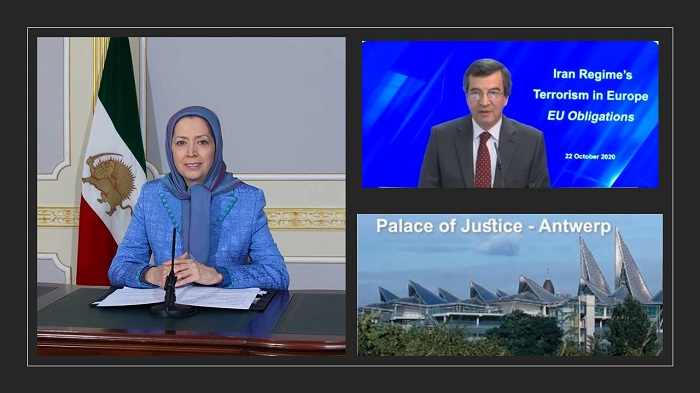 (PMOI / MEK Iran): EU obligation to stand against the terrorism of the Iranian regime.

Struan Stevenson is a former MEP and the Coordinator of the Campaign for Iran Change (CIC). In an article that appeared in the news section of the National Council of Resistance of Iran’s (NCRI) website, he makes a case for a much firmer stance to be taken by the E.U. against the Iranian theocracy and a halt to the failed policy of appeasement. This is an abridged summary of what he wrote.

The trial of Assadollah Assadi, an Iranian diplomat at the Iranian Vienna embassy, on a terrorism charge, together with three other accomplices, has exposed the role he played in Europe, masterminding terrorist activities planned by the Iranian regime.

The decision about the charges laid against him and the others will be made very soon, but will not include the higher echelons of the regime and the Islamic Revolutionary Guards Corps (IRGC) who were Assadi’s immediate superiors. In fact, Belgian prosecutors realized that Assadi had been a senior agent of the Ministry of Intelligence and Security (MOIS).

Assadi’s diplomatic posting was simply a cover for his role as the supervisor of most of Iran’s spy network in Europe. He took his instructions from Tehran, including the decision to bomb the National Council of Resistance of Iran’s (NCRI), and the People’s Mojahedin Organization of Iran (PMOI / MEK Iran)’s Free Iran rally at Villepinte near Paris at the end of June 2018.

(PMOI / MEK Iran): An Iranian diplomat in the Iranian embassy in Vienna, organized for them to plant a bomb at the 2018 annual Free Iran rally that took place in Villepinte just outside Paris.

Assadi’s network all over Europe

Fortunately for the lives of hundreds, possibly thousands of attendees at the rally, the would-be bombers had been watched and their movements tracked. Assadi himself was arrested in Germany on his way back to Vienna after handing over 550 grams of explosives, detonator, and instructions on how and where to plant it to the two Belgian Iranian operatives. He was found with incriminating evidence about his other activities, especially the numerous visits made to Iranian operatives all over Europe.

It remains to be seen what exactly, if anything, European leaders and politicians will do after the sentence is handed down on February 4th. Unfortunately, Europe has repeatedly shown a reluctance to confront the Iranian regime.

(PMOI / MEK Iran): Assadi was found with incriminating evidence about his other activities, especially the numerous visits made to Iranian operatives all over Europe.

Its current high representative for foreign affairs and security, Josep Borrell, the EU’s top diplomat, hasn’t said anything about the Assadi trial and doesn’t look as if he intends to. Borrell made a point of visiting Iran just after he was appointed, at the same time that the Trump administration had re-imposed sanctions because of Iran violating the 2015 nuclear agreement.

The EU has been consistent about its craven attitude towards Iran. They don’t mention the human rights abuses occurring within Iran itself, the executions, the repression, the sponsoring of proxy terrorists in Yemen, Syria, Lebanon, and Iraq.

EU keeps quiet about the violation of human rights

They didn’t mention a thing when 30,000 opposition supporters and members of the (PMOI / MEK Iran) were slaughtered in Iran in 1988. They kept quiet when 1,500 people were gunned down in Iran in November 2019 while innocently protesting a gasoline price hike. They never question the activities of the thuggish IRGC.

The EU keeps quiet because they prioritize their economic relationship with Iran over a principled and ethical stance.

Josep Borrell has a responsibility to keep Europeans safe. The lesson that he and the rest of the EU must learn from the Assadi trial is that a continuation of the policy of appeasement will not make Europeans safe.

The EU should list the IRGC as a terrorist organization. It should expel all Iranian agents and spies. It should shut down all Iranian embassies. The world will be watching what Josep Borrell does when the Assadi decision is made on January 4th.

(PMOI / MEK Iran): The EU leaders didn’t mention a thing when 30,000 opposition supporters and members were slaughtered in Iran in 1988. They kept quiet when 1,500 people were gunned down in Iran in November 2019 while innocently protesting a gasoline price hike.