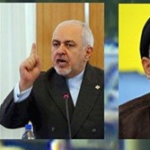 MEK Iran: Regime Fails to Have Their Terrorist Diplomat Released

(NCRI) and (PMOI / MEK Iran): Belgian prosecutors used evidence to show that Assadi was operating not for himself but on behalf of the whole regime.

Iranian state-run media have admitted that the Iranian regime failed to get its Vienna-based diplomat, Assadollah Assadi, released from prison after his arrest and trial by a Belgian court on a terrorism charge.

Assadi was sentenced to 20 years in prison for his art in an attempt to blow up an Iranian opposition, The National Council of Resistance of Iran (NCRI), and the People’s Mujahedin of Iran (PMOI / MEK Iran) rally near Paris in June 2018.

The actions of the People’s Mujahedin Organization of Iran (PMOI / MEK Iran), known by its acronym, the MEK, have been pinpointed as the primary reason why the regime failed to convince the court that Assadi was either innocent or could not be tried as he should have had diplomatic immunity.

Here are some extracts from the state-run media in Iran on the sentencing ofAssadi:

MEK is an actor at the table of Iranian political equations

MEK action against other Iranian diplomats and collaborators

(NCRI) and (PMOI / MEK Iran): Iranian agent caught and arrested in the United States. The regime has used spies and its terrorists’ network to silence anyone who speaks out against the regime wherever it is based in the world.

The abridged version of an article written by Robier al-Fares for The Reference.