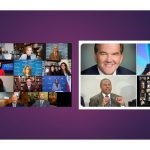 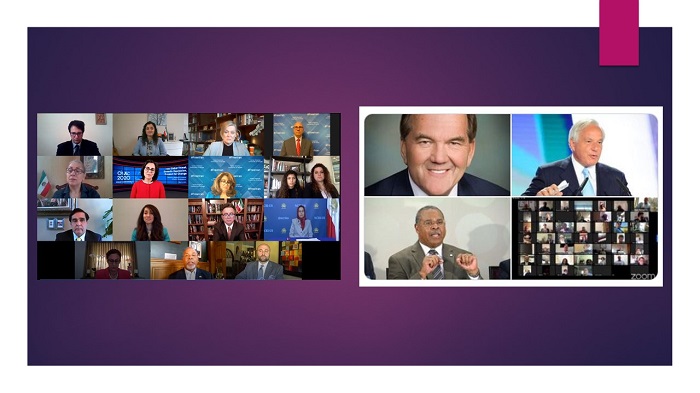 Supporters of the (PMOI / MEK Iran) in United States participated in virtual conference.

Iranian-American communities and supporters of the People’s Mojahedin Organization of Iran (PMOI / MEK Iran) from the whole way across the United States participated in a virtual conference on Friday to the problems posed by the Iranian regime and the possible ways to solve them.

The conference, entitled “Iran: Global Threat, Domestic Repression, Prospects for Change”, featured over 1,000 linked computers, including some former US officials, from 40 states. It was organized by the Organization of Iranian American Communities (OIAC) and moderated by OIAC Advisory Board member Dr. Ramesh Sepehrrad, who said that OIAC was “as eager as ever and proud” to fights for a free Iran.

In an online conference organized by the #Iranian-American Communities, many people – both members of the PMOI / #MEK #Iran spoke about the changing situation in Iran. They were joined by a number of high-profile American politicians who spokehttps://t.co/k32ZzeBQw2@USAdarFarsi

Former Homeland Security Secretary Tom Ridge praised those fighting for freedom in Iran, saying that the people would be able to reject the “repressive theocracy” without returning to the monarchy, before highlighting the brave efforts of the 3,000 Iranian Resistance members at Ashraf 3 in Albania, calling them “heroes and heroines”.

Former US Ambassador to the UN, Kenneth Blackwell called the regime “the epicenter of international terrorism and disregard for human rights”.

Robert Torricelli, a former Democratic senator from New Jersey, called for bipartisan support for the snapback of American sanctions that will continue until the regime has fallen.

He said: “The mullahs…only attacking two entities—the United States government and President [Donald] Trump … and Mrs. [Maryam] Rajavi and the MEK. What does that tell you? …They know that the orchestration, the organization, the sacrifice, the work that is going to bring down this regime.”

This sanctions snapback was applauded by Soona Samsami, the US Representative of the National Council of Resistance of Iran, who called on the US to push “the United Nations Security Council to facilitate the snapback of all prior UNSC sanctions in response to the Iranian regime’s non-compliance with its commitments”.

Dr. Afsaneh Maghsoudi, the representative of the Iranian American Cultural Society of Michigan, said that this was especially important now because the mullahs have “a new tool” for their domestic repression and international terrorism, which is the coronavirus. The regime is asking for money to fight the disease, but this will go into their security forces, so Maghsoudi said that “medical assistance should go directly to the people” and that sanctions relief should not be given.

A student representing Texas, Ms. Hasti Hesami, called on the “brave students” of Iran to continue with the legacy of student protests in the country, saying that they “played a historic role in political developments during and after the 1979 revolution”.