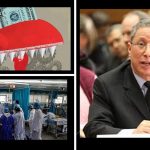 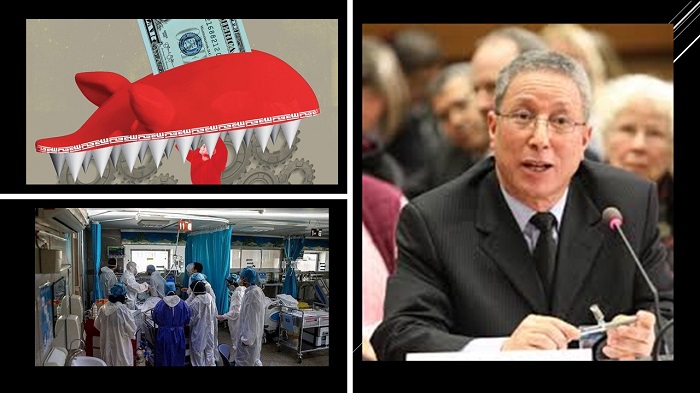 Iran tries to blame the US Sanctions on the desperate situation of Iranian people on coronavirus.

The Iran regime has mismanaged the Coronavirus outbreak in Iran from the outset. It did not inform the public about the outbreak promptly and it failed to take the appropriate measures. Its negligence did nothing but ensure that the outbreak spread across the country rapidly.

So far, more than 25,000 people across Iran have died after contracting COVID-19, but the Iranian regime refuses to acknowledge the death toll. President Hassan Rouhani has been giving an “official” death toll that is only a fraction of the real number.

Furthermore, the Iranian regime has been using the current health crisis to try and force policies of appeasement and sanctions relief, and its apologists and lobbies around the world have been doing the same.

Mr. Tahar Boumedra, former Chief of the Human Rights Office of United Nations Assistance Mission for Iraq (UNAMI), recently criticized the Iranian regime for its shameful actions. He said that the Iranian regime’s lobbyists and apologists have gone as far as to orchestrate a campaign for sanctions relief by the United States.

However, the Trump administration remains committed to targeting the Iranian regime’s belligerence, in particular its support of terrorism and its plundering of huge sums of money on the country’s ballistic missile and nuclear program.

Mr. Boumedra points out that sanctions relief is not going to benefit the general population of Iran, as claimed by the lobbyists. He added:

“In fact, anyone who is appropriately familiar with recent Iranian history should understand that the clerical regime has a long history of misappropriating public funds, including those that are offered to the government as part of a relief package.”

On February 3, before Tehran's ongoing propaganda claiming sanctions against #Iran are hindering the fight against #coronavirus, the regime's Foreign Ministry spox Abbas Mousavi said:
"… food & medicine, as you know, were not included on the list of any sanctions…" pic.twitter.com/45Q15CWfkb

Mr. Boumedra also highlighted the regime’s incompetence concerning the Coronavirus outbreak. He said that the main opposition to the Iranian regime – the People’s Mojahedin Organization of Iran (PMOI / MEK Iran) – has been able to obtain evidence showing that the regime knew of cases of COVID-19 being present in the country since January. It took the regime a huge amount of time to tell the public that cases had been detected in the country.

This, Mr. Boumedra explains, proves that the Iranian regime’s pattern of behavior has not changed and that the regime continues to indulge “its most self-serving impulses”. To further prove this, the PMOI / MEK Iran revealed that Iran had “ample medical resources” at the beginning of the outbreak, but that they were diverted away from hospitals.

He agrees with the Iranian opposition in that the United Nations and human rights organizations should take the lead in a Coronavirus relief effort.