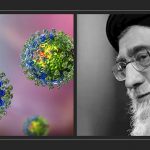 Written by Jennifer Jones-Kelley on April 11, 2020. Posted in NEWS 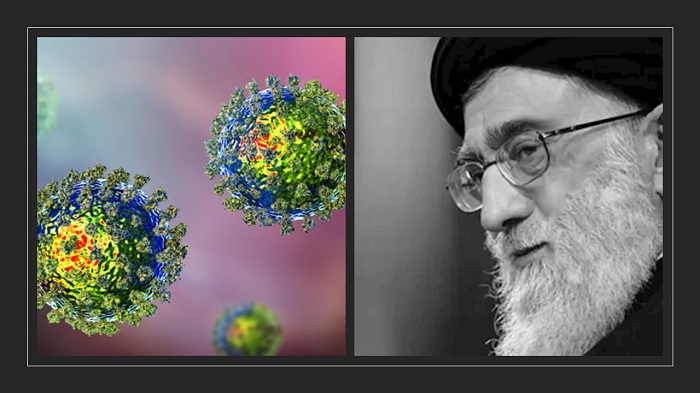 Khamenei minimized the pandemic, which has taken 23,900 lives in Iran.

Regime Supreme Leader Ali Khamenei delivered an address to the Iranian people on state television on Thursday, April 9 after a conspicuous 18-day absence from public appearances. Khamenei’s speech focused primarily on the decision to lift the nationwide quarantine and mostly failed to acknowledge the victims of the deadly virus or their grieving families.

Khamenei minimized the pandemic, which has taken 23,900 lives in Iran, according to the latest data from the MEK Iran. “In comparison to other problems, this is very small. In two big world wars, 10 million people died and in the coronavirus situation, they say that 1 million have died around the world,” Khamenei said of the virus. His statement was both callous and incorrect. There have been 1,699,565 confirmed cases of coronavirus worldwide and 102,734 deaths. Khamenei later amended his remarks.

Figures on coronavirus in Iran

The loss of one million or 100,000 lives is not a “very small” problem. It should be noted that these words were directed to a nation grieving the loss of almost 24,000 of their friends and relatives and living in fear that they will succumb to the same fate.

The primary goal of Thursday’s speech was to justify the back to work order issued by Rouhani earlier this week. Rouhani and Khamenei have come under fire in recent days for lifting the quarantine while the epidemic still rages throughout Iran. The regime’s Minister of Health and several prominent advisors warned against lifting the quarantine while cases continue to surge, and Majlis (parliament) attempted to introduce a bill to block Rouhani’s order, but Rouhani shut down the bill before it could take shape, claiming it was unconstitutional.

Khamenei argued that the economy must take precedence over all other concerns. “The issue of a surge in production is vital and should not be forgotten at any cost,” he said in his address.

“We should also not neglect the conspiracies and enmity of the Arrogant Powers,” he added, attempting to use fear-mongering to distract from the real threat of coronavirus.

Khamenei also demanded that people comply with the new order, saying, “Of course, officials may announce something to the people, which they have doubts about, and the people may come to the conclusion that it is not necessary to do it. However, when something is announced firmly, the people cooperate… the National Committee on Combating Coronavirus should be taken seriously and followed.’

Several members of this committee urged Khamenei and Rouhani not to lift the quarantine, but he did not take their guidance seriously because of the financial implications.

Khamenei further claimed that the official death count reported by the regime was accurate, despite widespread skepticism from the international community and healthcare workers in Iran. Even regime officials have said in recent days that the official figures are not accurate.

Khamenei, on the other hand, said, “About statistics, many good things have been said and the national radio and television acted very well.”

Doctors and nurses who have described conditions inside Iranian hospitals or publicly acknowledged the number of deaths in their hospitals has been arrested for contradicting the regime’s official reports.

Khamenei showed little empathy for the victims of the coronavirus or those who have been financially devastated by the pandemic or the recent floods. He did tell “those whose lives are difficult” to keep hope and wait for relief.

Mrs. Maryam Rajavi, President-elect of the National Council of Resistance of Iran (NCRI), responded to Khamenei’s speech on Twitter, writing: “In his speech today, Ali Khamenei tried to divert people’s attention from the clerical regime’s crimes during the Coronavirus outbreak to the “conspiracies” by “enemies” and “the Arrogance”, while 80M Iranians are suffering under the mullahs’ oppression.’