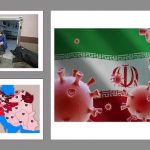 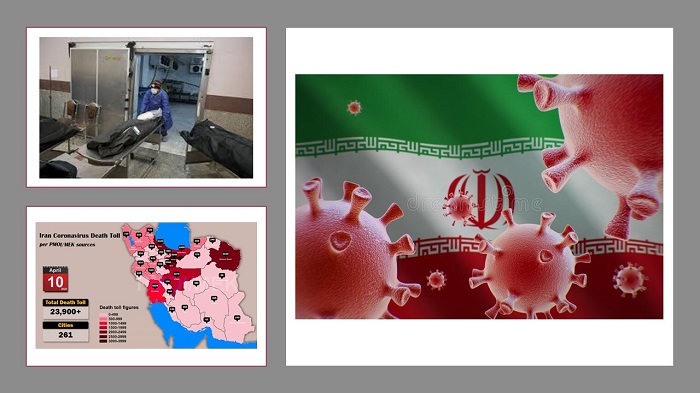 The opposition People’s Mojahedin Organization of Iran (PMOI/MEK Iran) continues to emphasize the tragic death toll from COVID-19 far more than the published numbers by the regime.  The count yesterday was 23,900 people dead, covering 261 cities in 31 provinces. However, the regime has downplayed this true figure, suggesting that only 4,110 have lost their lives.

The death toll is as follows for some of Iranian’s key districts:

These figures are the tip of the iceberg, as they do not include all the provinces.  The large city of Karaj, just west of Tehran, has reported more than 800 fatalities from COVID-19.  In Alborz Province, there are reports of a daily death tally of 20 individuals. This doesn’t include the 10 deaths from respiratory diseases that are aggravated by COVID-19.

In Neyshabour, the demand for health care is so high that the hospitals cannot help victims and they end up the district’s cemeteries that are already at capacity. When counting, the number of people in the smaller towns is not even included and these people are quietly buried in their districts.

Tehran is the worst affected by COVID-19

Supreme Leader, Ali Khamenei, and President Hassan Rouhani are urging people to get back to work, but Alireza Zali, who heads Tehran’s COVID-19 Control Task Force, reported that the COVID-19 wasn’t yet over with more and more people being struck down by the deadly virus. It is an almost impossible feat trying to find a place in the cemetery for those who have succumbed to the virus. The MEK rejects Rouhani’s grand plan to get Iran’s economy going again. It would bring about a catastrophic loss of life far worse than has been seen so far. The rest of the world is doing its best to save lives by locking down its economies, letting the peak pass, while Rouhani is suggesting we sacrifice even more lives.

Sistan & Baluchistan Province experienced a 250 percent increase in just 10 days of patients being infected, indicating a new wave of infections was breaking out. The head of the Medical Apparatus Organization in Zahedan said there was sufficient personal protective equipment or medical supplies let alone beds satisfy this sudden increase in infections. Fatalities are on the rise again as are people with severe respiratory symptoms.

Khamenei has shown no sympathy for victims of COVID-19 and their families let alone release some of the nation’s wealth that he controls. All he concerns himself with is conspiracy theories about the United States and their unacceptable condemnation of the Islamic Republic.

Meanwhile, Iran’s prisons are straining at the leash, as so many have lost their lives to COVID-19 and prisoners are protesting because they need more resources to protect themselves from being ravaged still further by the virus. No sympathy at all though from the regime, as the security forces use force to control the riots leading to more fatalities.

The breach of human rights has been so bad that Amnesty International has requested that an independent investigation be carried out to rout out the culprits who are responsible for the horrendous torture and needless death of some of the prisoners and punish them for their crimes against humanity. Mrs. Maryam Rajavi, the president-elect of the National Council of Resistance of Iran (NCRI), has revealed that the prisons have no room for the inmates they are currently housing and there will be worse to come if something isn’t done about the unfolding situation.

The #Coronavirus crisis, which has spread in #Iran more than any other country in the region, proved the incapability, decadence and fundamental weakness of the religious tyranny. #COVID19 pic.twitter.com/gy3qaW664e

To make a bad situation worse, Khamenei refused to support a bill by the Majlis to prolong the quarantine period and he wants people back at work even though the COVID-19 outbreak is nowhere near being contained.