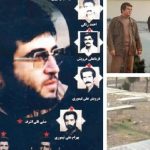 Ayyaran and the 1988 Massacre: A Peaceful Group, a Deadly End

Written by Jennifer Jones-Kelley on January 31, 2020. Posted in NEWS 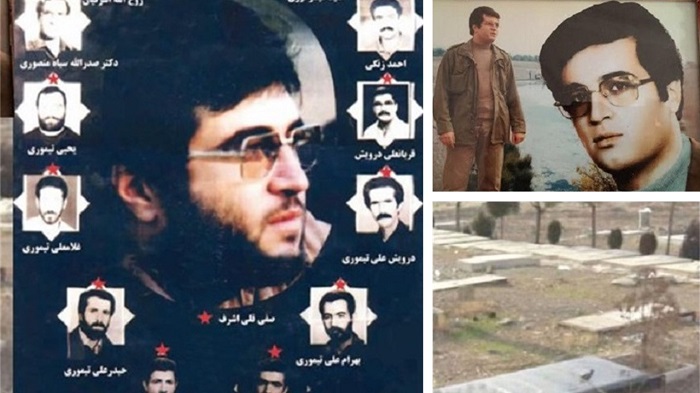 Ayyaran was a small group of MEK supporters founded by Safi Gholi Ashrafi, a leader of the Yarsani religious minority in the small town of Sorkh Hesar, Tehran Province

Since the birth of the Islamic Republic, the mullahs’ regime has targeted MEK Iran, seeking to eliminate what it sees as an existential threat. Although the regime’s assaults on the MEK Iran continue to the present day, the mullahs committed some of their most appalling crimes during the 1980s.

During the summer of 1988, 30,000 MEK Iran political prisoners were executed on the orders of regime founder Ruhollah Khomeini. The victims of the 1988 Massacre were executed solely because of their political beliefs, and their bodies were dumped into unmarked mass graves.

Crime against Humanity is a book containing the names of over 5,000 victims of the #1988massacre in #Iran, also addresses of the tombs & mass graves in 36 cities, names of members of 35 Death Commissions, & lists 110 cities where the massacre was carried out. pic.twitter.com/P8iJqAzXJo

The following year the regime executed more MEK Iran members, this time claiming that the victims were guilty of drug smuggling. Despite the mullahs’ bloody campaign in 1988, they had not stamped out the MEK Iran, and new members, many of whom had lost friends and family in the 1988 Massacre, joined the organization after the regime’s purge. The false charges were a transparent attempt to smear the MEK’s reputation and deter people from joining the organization.

The story of Ayyaran has seldom been told, but the members of this group count among the victims of the 1988 Massacre.

Ayyaran was a small group of MEK Iran supporters founded by Safi Gholi Ashrafi, a leader of the Yarsani religious minority in the small town of Sorkh Hesar, Tehran Province.

Safi Gholi was well-respected in Sorkh Hesar for his morality and godliness. He inspired many of the townspeople to join the MEK Iran.

In 1981 the regime raided Sorkh Hesar and arrested Safi Gholi and the members of Ayyaran. Around 80 arrests were made that day, as part of a nationwide crackdown on the MEK Iran. Most Ayyaran members languished in prison for the next eight years.

In January 1989 regime forces returned to Sorkh Hesar driving trucks with loudspeakers mounted on top of them. They drove around the tiny town for three days blaring the announcement of the impending executions of a “dangerous gang of drug smugglers

On January 28, 1989, the townspeople were informed that two drug smugglers were to be hanged in public. Revolutionary Guards (IRGC) forces, police, plainclothes, and intelligence agents swarmed the town. Machine guns were mounted on rooftops in the streets leading to the Sorkh Hesar football field.

When the two “drug smugglers” were brought onto the field, the townspeople were shocked to see Safi Gholi Ashrafi and Ayyaran member Rouhollah Ashrafian at the gallows. The two men were hanged in front of their friends and family on the football field that Safi Gholi had helped the town building.

Just before the executions took place, intelligence agents publicly read the charges against the condemned men. They were both convicted of “acting against national security,” a charge typically reserved for political prisoners. There was no mention of drug smuggling.

Other members of Ayyaran were executed while in prison in the 1980s for refusing to renounce their beliefs. Dr. Gholam-Hossein Rashidi was killed by firing squad in 1983 after refusing to abandon his beliefs in exchange for the position of Health Minister. Professor Sadrollah Siahmansouri, another member of Ayyaran, was given the same offer and also refused.

Still, others were executed during the 1988 Massacre or in prison shortly after the public executions of Safi Gholi Ashrafi and Rouhollah Ashrafian.

Ayyaran was a small group of peaceful political dissidents from a persecuted religious minority who gathered together in the pursuit of truth, freedom, and democracy. The Iranian regime treated these noble actions as a crime punishable by death.

A Call for Justice

The story of Ayyaran is just one part of the regime’s crimes against humanity during the 1988 Massacre. Three decades after the mass executions, no one has been held accountable for the multitude of crimes committed against the Iranian people. Many of the perpetrators hold high-ranking positions within the regime today.

The victims of the 1988 Massacre will not receive justice until the people across the world raise their voices and demand an investigation into the crime.