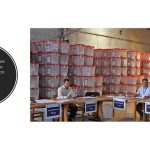 Written by Mohsen Aboutalebi on February 27, 2020. Posted in NEWS 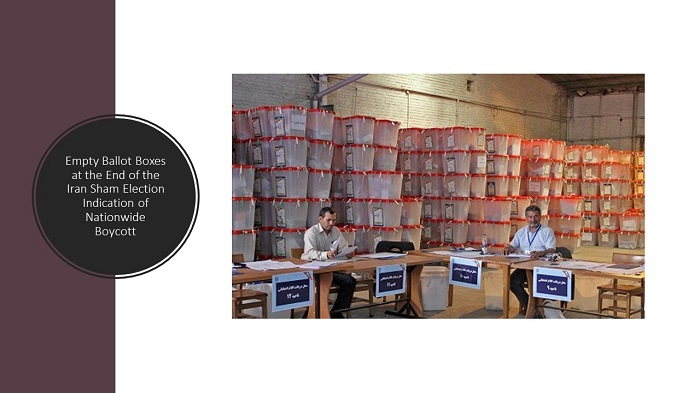 The reversal in messaging came after an examination of ballots revealed an extraordinary number of null votes from those who did show up at the polls. After all, votes were tallied, voter participation in the 2020 Majlis elections was the lowest in the history of the regime, according to state media.

The election boycott is a major defeat for the mullahs, who depend on high voter turnout in elections to preserve the facade that the regime has legitimate support. The anti-regime uprisings in November and January undermined this legitimacy both inside Iran and to the international community. Regime leaders hoped that a good showing at the Majlis elections would present the illusion that things were back to normal in Iran and that the popular uprisings were under control.

In the weeks leading up to the elections, Supreme Leader Ali Khamenei, President Hassan Rouhani, and other high-ranking regime officials repeatedly urged Iranians to vote. As calls for a boycott, led by the MEK Iran and Mrs. Maryam Rajavi, grew regime leaders grew more desperate in their pleas. Khamenei claimed that voting was “a religious duty” and “an edict,” and Rouhani said that not voting would be a victory for the United States. Ultimately, these strategies were ineffective.

Polling stations were largely empty in cities around the country on Election Day, but regime officials were surprised to find that a number of those who did turn out submitted null votes. State-run media reported that null votes in Yazd and Ashkezar County accounted for 14 percent of 24,000 ballots, making the number of null votes second only to the first elected candidate.

On February 23rd, the Revolutionary Guards (IRGC)-affiliated Javan Daily wrote: “Participation in the elections has declined compared to previous rounds. The unexpected decision of the gasoline price hike had prepared street protests in November followed by some kind of hidden protest during elections. The exploitation of various bitter-end media of those killed in November protests and the Ukrainian plane crash was very effective.”

The hidden protest referred to is the MEK-led boycott of the elections.

On February 23rd, Vatan-e Emrouz Daily wrote: “This reduction in participation can be seen as a warning.”

Hossein Shariatmadari, editor of Kayhan Daily denied that the boycott was a rejection of the regime in its entirety, writing: “If we see a reduction in participation as a result of some people’s disappointment, contrary to what our enemies and their internal followers insist, it is due to the poor performance of some government officials and current members of the parliament.”

After much dithering and delay, the Iranian regime’s interior ministry declared the results of Friday’s parliamentary…

On February 23rd, the Mostaghel Daily wrote a contradictory opinion, validating the stated reason for the boycott movement: “Some citizens who announced not to participate in elections have serious protests to important issues and events. They denounce the poor economy and subsistence situation, inefficiency and pervasive corruption in various institutions, unaccountability of government officials, citizens’ living conditions and the events of November and January. These were the reasons why people were disappointed in participation in elections and had no hope for change.”

On February 20th, Entekhab Daily quoted Mullah Masih Mohajeri: “Being indifferent to low participation of people in the elections is not a way to just ignore this warning. Recourse to unjustified justifications is useless. We should not blame others for the reduction in participation. The real reason is our own behavior and every day that passes the repulsions become more and the attractions less. Disagreement and division are rising.”

This statement was made a day prior to the elections. The regime is aware that it lacks legitimacy. The problem is that it is incapable of change.