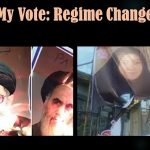 MEK Iran: Mullahs Fail to Get People to Vote

Written by Mohsen Aboutalebi on February 26, 2020. Posted in NEWS 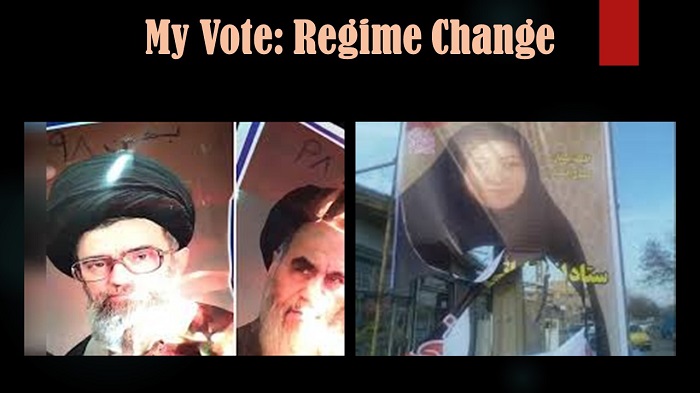 Iranians boycotted the sham election in Iran, saying NO to religious dictatorship

The Iranian regime did its best to get people to come out and vote in the recent parliamentary elections, but it failed miserably because the fact is that the Iranian people despise the mullahs and the dictatorship.

Eventually, following two days of obscuring the facts, the Iranian regime finally admitted that no more than 42% of Iranians voted on Friday. The state-run Fars news agency wrote on Sunday that this was 19% less than voted in the 2016 elections.

#Iran’s interior minister: There were a total of 58 million people were allowed to vote, but only 24.5 million actually showed up to vote. In reality, based on #MEK Iran network, less than 10% took part in the mullah’s electionhttps://t.co/PFIQhijnSM@USAdarFarsi #IranElections pic.twitter.com/UoJtOUizjM

Of course, everyone should be aware that these figures are still much higher than the actual numbers of voters due to the Iranian regime’s attempts to inflate the voting percentage. The only reason the regime didn’t shoot for the skies and claim a bizarre 80% attendance is that there is no way they could have increased the figures anymore without exposing themselves completely.

Iranian Interior Minister Abdolreza Rahmani Fazli blamed the low turnout on the recent uprisings by the people, among other things,  and said it was “totally acceptable”.

The President-elect of the National Council of Resistance of Iran(NCRI), Maryam Rajavi said:

“The figures announced by the regime, after a long delay, astronomical rigging, and contradictory statements, reflect a reluctant admission to defeat in the sham election. In boycotting this charade, more than 90 percent of the Iranian people voted for the overthrow of the ruling religious fascism and welcomed the slogan of Resistance Units that ‘my vote is an overthrow’.”

These poor election results for the regime should not come as any surprise. After all, the Mujahedin-e Khalq (PMOI/MEK Iran) and its Resistance Units conducted numerous anti-regime activities in the run-up to the election that should have made it completely clear that there would be a nationwide boycott.

The boycott was called for by Rajavi, who called it the “patriotic duty” of all Iranians.

She said: “The Iranian people cast their vote in the November 2019 & January 2020 uprisings with chants of ‘Death to the principle of the velayat-e faqih.’”

The Iranian people spread this message across Iran, even writing the slogan “My vote is the overthrow of the regime” or “Iranians’ real vote is ‘Down with the rule of mullahs’” on walls. The Resistance Units also put up banners of Rajavi in Tehran, Borazjan, Kerman, Karaj, Tabriz, Rasht, Isfahan, Ilam, and other cities.

The resistance units made clear that they do not support the mullahs and supreme leader Ali Khamenei, but that they are also completely opposed to the return of the monarchy that was overthrown in 1979 by the people.

The defeat of the elections sham is already showing itself in the intensifying infighting among regime officials.#Iranhttps://t.co/xdXOJyD8SU

After the election results were announced, rebellious youth-targeted two regime-associated centers in Koohdasht and Najafabad that had been involved in promoting the mullahs’ fundamentalism and the suppression of the people.