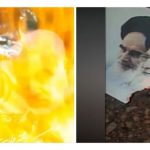 Written by Mohsen Aboutalebi on January 24, 2020. Posted in NEWS 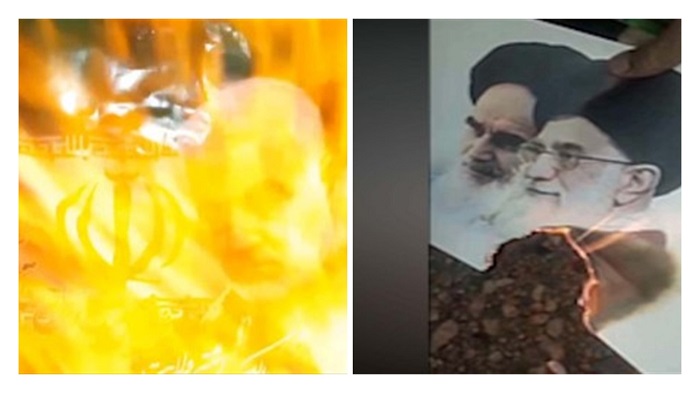 The 2017/2018 Uprising breathed new life into the Resistance Movement in Iran, and the MEK Iran Resistance Units seized on this momentum and spent 2018 organizing the protests and strikes that grew out of popular resentment with the ruling regime. Meanwhile, the Resistance Units were also training and working with the Iranian people to find strategies to resist the mullahs.

2019 saw the rapid expansion of the MEK Iran Resistance Units across Iran. Resistance Units have now forged connections in every city in the country and are actively working with the public to disseminate information and encourage citizens to resist.

Resistance Units paint anti-regime slogans on buildings and public places and hang photographs of National Council of Resistance of Iran (NCRI) President-elect Maryam Rajavi and Iranian Resistance Leader Massoud Rajavi from bridges. Units tear down posters of regime leaders and put up anti-regime posters and signs. Units also hand out literature to those who are willing to resist the oppressive regime.

For members of the Resistance Units, these seemingly small actions are undertaken at great personal risk. Membership in the MEK is illegal in Iran, and the anti-regime sentiment is not tolerated. On May 20, 2019, the Revolutionary Court in Tehran sentenced a MEK Iran Resistance Unit member to death for anti-regime activities. Three other MEK Iran members were given five-year sentences for disseminating anti-regime literature.

Sentences such as these have become more common as the regime struggles to reckon with the MEK’s role in leading the Resistance Movement. The risks have not deterred the Resistance Units though, and their activities have become even more heroic over the past few months.

In November 2019, Iranians in 191 cities took to the streets in an all-out rebellion against the regime in its entirety. The uprising was only barely suppressed after the regime deployed its army to fire upon unarmed protesters from helicopters, but another uprising broke out this month and spread to 40 cities in 20 provinces. The ruling regime is holding onto its power by a thread, and it has focused its wrath on the MEK.

Resistance Units of the #MEK marked Jan 20th, the anniversary of the Iranian resistance leader’s release from the Shah’s prison in 1979https://t.co/NPtXbH6z6a#Iran #IranProtests #FreeIran @USAdarFarsi pic.twitter.com/PL5W1r47nH

During the November Uprising, regime Supreme Leader Ali Khamenei blamed the MEK for the protests. In a November 17th speech aired on state-run television, Khamenei said: “If you note you will see that in the last two days and nights all the centers of sedition have become active…the criminal MEK is continuously calling for these actions and encouraging these actions on social media and other places.”

Mrs. Maryam Rajavi addressed the Iranian people on November 20, 2019, saying: “Over the past year, the Resistance Units kept the flames of protests alight all over Iran despite horrendous pressure and persecution by the mullahs’ Revolutionary Guards (IRGC) and Intelligence Ministry (MOIS). They endured great pain, suffering, torture, and imprisonment to move towards organizing the great Army of Freedom.”

The MEK Resistance Units risk their lives on a daily basis to lay the groundwork for a free Iran. Their struggles over the past two years have strengthened the Iranian Resistance and prepared the country for the inevitable overthrow of the mullahs. They have protested, organized, listened, sat in, and learned from every experience. Each protest provides more evidence that the men and women of the Resistance Units are ready to guide the people of Iran to a democratic future.