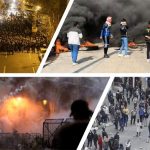 Written by Mohsen Aboutalebi on January 22, 2020. Posted in NEWS 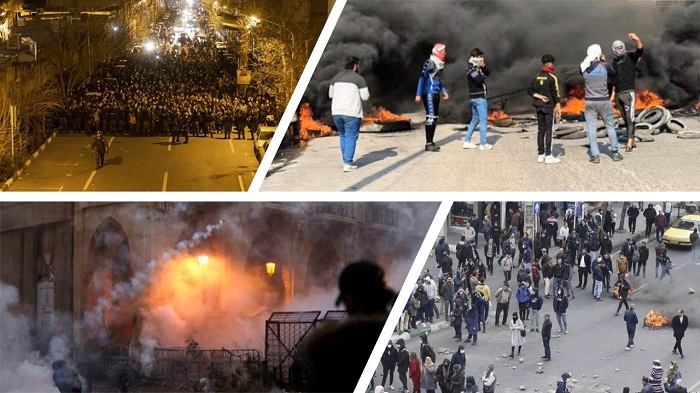 Mullahs’ regime incapable of controlling Protests in Iran and Iraq

The other terrorist that was killed was Qassem Soleimani – the leader of the Quds Force, the extraterritorial branch of the Islamic Revolutionary Guard Corps (IRGC). Soleimani’s record is marred by numerous atrocities across the region including repeated attacks on Iranian opposition refugees and participation in the atrocious chemical attacks in Syria. Soleimani had earned himself the nickname “the child killer”.

The Iranian regime’s propaganda machine has been out in full force since these killings and the claims that these two terrorists are seen by the people as national heroes have been widely disputed by Iraqis and Iranians alike.

Since 19th January, the people of Iraq have been taking to the streets to voice their opposition to the interference of the Iranian regime in their politics and internal affairs.

The Iraqi protesters warned the government that if their demands were ignored, they would take to the streets to let civil disobedience prevail. The government failed to act so the people carried through with what they had warned. People, in particular, the younger generations, have angrily voiced their opposition to the political situation and there have been some very violent clashes with security forces. There have already been a number of deaths and serious injuries reported.

Mullahs have heavily invested themselves in Iraq and any uprising there would jeopardize their plans. The Iranian regime has been working behind the scenes to quell the discontent in Iraq and one tactic, implemented by Soleimani, is to create rifts between the protesters. However, the regime has failed to carry out this plan successfully and the people of Iraq are showing themselves to be more united than ever.

After the death of two of the regime’s top two terrorists, the regime tried to use Muqtada al-Sadr to divide the protesters, but Iraqis were not fooled. The protesters, in a statement, said they knew that the Iranian regime was behind everything.

Despite the Iranian regime’s brutal response to the Iraqi protesters, the people have sent a message of determination. As the people of Iran, the Iraqis are showing that they will not be forcefully silenced or intimidated into abandoning their protests. And the international community is finding it harder and harder to ignore Iran’s belligerence.

Tehran, which has been trying to create a quasi-state for itself through its proxies in its western neighbor, has the most to lose from a national uprising that will uproot corruption from Iraq.#Iranhttps://t.co/5JJOL4RfMg

If anything is clear, it is that the regime’s struggle to remain in power is going to continue until it finally collapses.