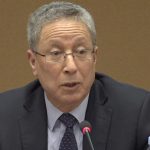 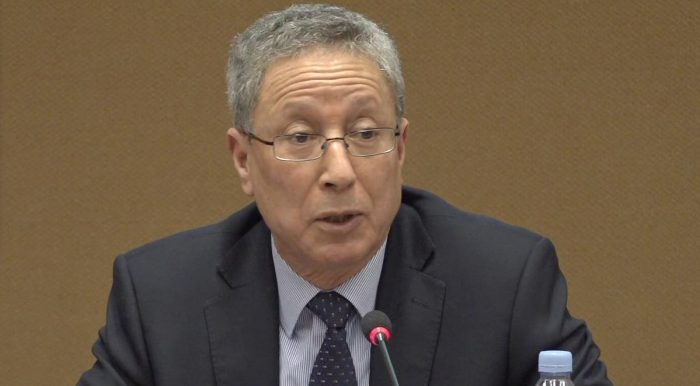 Tahar Bumedra, speaking at a conference on the situation of human rights in Iran- March 7, 2019

Tahar Boumedra, the former chief of the human rights office of the United Nations Assistance Mission for Iraq (UNAMI), penned an op-ed for the prominent news and analysis site, Eurasian Review. The legal expert and human rights champion criticized the Iranian regime over its recent appointment of Ebrahim Raisi as head of the judiciary.

Boumedra traced Raisi’s historic disregard for human rights, describing Raisi’s involvement in the 1988 massacre which led to the execution of more than 30,000 Iranian political dissidents. “Raisi was among the officials appointed to three-person “death commissions.” 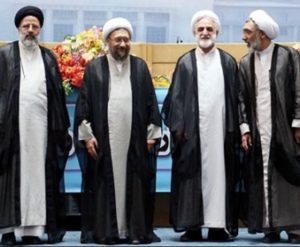 In his role in the death commission, Raisi rounded up and killed members of the People’s Mujahedin Organisation of Iran (MEK) and other Iranian pro-democracy groups. Boumedra writes, “the precise scope of the killings remains unclear because many of the victims were buried in secret mass graves,” many of which were subsequently paved over in an attempt to hide the regime’s atrocities. The deliberate destruction of evidence in this manner prompted Amnesty International to call for a full UN-led investigation into the massacre.

Given the regime’s willingness to promote those involved in the massacre, such as Raisi, to senior positions within the regime, it cannot be trusted to carry out a full and impartial investigation into the matter. Prior to 2016, when audio recordings were discovered outlining the regime’s involvement in the killings, the regime refused to acknowledge the massacre took place at all. Since the recordings, made by Hossein Ali Montarezi, were made available to the public, the regime has instead focused its efforts on justifying the massacre.

“When asked in 2016 about the killings of PMOI (MEK) members and other critics of the Iranian regime, Pourmohammadi (the former Justice Minister) openly stated that he was “proud” to have helped to carry out “God’s command” of death,” Bumedra pointed out. Pourmohammadi was then replaced in 2017 by another former death commission member, Alireza Avaie.

“These and other high-profile appointments have sent the clear message that the regime stands by its past acts of violent oppression and has no interest in rehabilitating its image,” Boumedra wrote. Raisi’s appointment only serves to further demonstrate this message.

The Implications for the Opposition

Taher Bumedra: The new Rapporteur just recently published his report totally ignoring the massacre of 1988. I regret that the special rapporteur took this out of his report.#HRC40 #1988Massacre #HumanRights #StandUp4HumanRights @USADarFarsi@UNHumanRights pic.twitter.com/Hkp9ib606v

However, they are unlikely to be deterred. Since 2017, the Iranian protest movement has expanded. It has untied Iranians from all walks of life and pensioners, teachers, students, factory workers, investors, farmers, and truck drivers have all marched against the violent and repressive clerical regime shoulder to shoulder.

Taher Bumedra: We hope the new rapporteur will continue to work on this issue and his next report will include this crime against humanity perpetrated by the mullahs’ regime in 1988.#HRC40 #1988Massacre #StandUp4HumanRights @mbachelet@antonioguterres@javaidRehman pic.twitter.com/yKXlcLrOe0

For the MEK, who have played a leading role in the protest movement, Raisi’s appointment indicates that the regime is setting the scene for another massacre. Boumedra points out that only the international community can stop another massacre on the same scale as 1988. They must apply economic pressure to the mullahs and secure human rights reform. Without it, the lives of millions of Iranians hang in the balance.