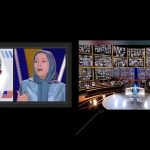 As Unrest Grows in Iran, so Does Support for the MEK

Written by Mohsen Aboutalebi on August 3, 2020. Posted in NEWS 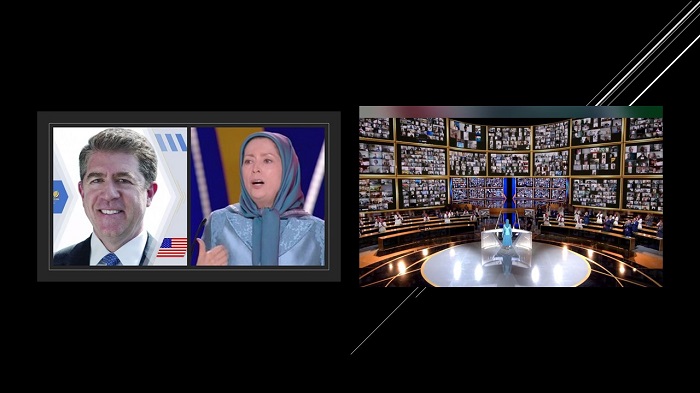 The MEK has continued to gather support despite the most extreme acts of violence against its supporters and members.

The National Council of Resistance of Iran (NCRI) organized a successful online summit, the Free Iran Global Summit between July 17th and Jul 20th from its base at Ashraf-3 in Albania. The live video stream was shared by thousands of participants in 30,000 different locations in over 100 countries.

Many different people gave speeches at the summit, including foreign dignitaries, former political prisoners, and supporters of the Iranian opposition The People’s Mojahedin Organization of Iran (PMOI / MEK Iran).

As Lincoln Bloomfield, an American diplomat and national security advisor concluded in his speech at the summit, the MEK was the best alternative available to the current Iranian regime. He said that the MEK “was advocating democracy and freedom of assembly, and freedom of speech,” which he pointed out was in stark contrast to the “grotesque abuse of religious faith to support political tyranny” practiced by the mullahs.

Even the Supreme Leader of Iran, Ali Khamenei, has acknowledged the very real threat represented by the existence and activity of the MEK. He was forthright in his comments about the MEK earlier this year in a speech to Basij militants saying that the MEK was gaining a foothold amongst rebellious university students. Khamenei condemned the MEK for what he called their “rejection of the foundations of the Islamic revolution.”

Khamenei’s message implies that the MEK is seen as a direct threat to the interests of the Iranian regime, including the use of repressive force within Iran and the export of terror outside of Iran’s borders.

#Iran IRAN REGIME’S YEARS OF DEMONIZATION AGAINST #MEK AND #NCRI HAVE CHANGED #Iranian VIEW OF THE RESISTANCE MOVEMENT.#FreeIran2020 #Maryam_Rajavihttps://t.co/473NiUdc2a pic.twitter.com/lzEUkll7KG

These acts by the regime are the very things that the MEK does reject and has done so since the regime’s constitution was established.

The MEK has continued to exist and gather support despite the most extreme acts of violence against its supporters and members, including the massacre of 30,000 MEK political prisoners in 1988. It continues to organize resistance units in Iran while still working as part of a coalition under the umbrella of the NCRI.

More and more western governments are slowly becoming aware of the potential for the MEK to represent a real democratic alternative to the theocratic regime. This growing awareness was evident at the Free Iran summit this year which many foreign dignitaries attended and participated.

The very fact that the MEK was able to successfully establish a base at Ashraf-3 in Albania after threats against it at its earlier base in Iraq was a significant blow to the Iranian regime that had hoped that it had finished the opposition movement off.

It took less than two years after the establishment of AShraf-3 for the MEK to show that it had become a very real threat to the regime despite every attempt by regime officials to demonize and discredit it.

The growing number of student protests in Iran is a good reason why Khamenei made the speech he did to Basij militia. He made similar statements two years earlier during the nationwide protests that shook the country in January 2018. At that time he said that the MEK had been planning the protests “for months.”

“How do we direct the West's Iran policy in the right direction?” Amb. Bloomfield asks.

Mayor Giuliani: “We had an opportunity a few years ago when sanctions were working. There are strong indicators that Iran protests are becoming political.”#FreeIran#IStandWithMaryamRajavi pic.twitter.com/aTjB4bs6L3

According to Maryam Rajavi, the president-elect of the NCRI, it was the MEK that kept alive the use of slogans like “Death to the Dictator!” used in these protests. In November 2019, protests again swept Iran in over 200 cities and towns, with help from the MEK’s resistance Units. These protests were even bigger than the January 2018 ones.

#Iranian Resistance held its #FreeIran2020 Global Summit 2020 online earlier this month, with over 30,000 participants from 102 countries, including #Iran, despite the limited internet access there.All the locations were connected to Ashraf 3, #Albania, headquarters of the #MEK pic.twitter.com/BquzORpfVt

It was in the last big protests in November 2019 that at least 1,500 protesters were killed by repressive forces, but this has put the international spotlight on the regime and has led to them acquiring a pariah status.

Officials and think-tanks within the regime are now warning of even greater protests and uprisings on the horizon, especially because of the failure to adequately deal with the Covid-19 outbreak in Iran which has already killed over 80,000 people. It should be expected that western lawmakers now take the MEK more seriously.

The MEK is not just an alternative to the mullahs in waiting. It represents a very real threat to the regime and the potential for the mullahs to be overthrown and replaced with a free, secular, democratic government.