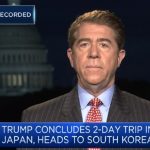 Written by Admin on August 3, 2019. Posted in MEK (PMOI) IN MEDIA, PMOI/MEK Support in Iran 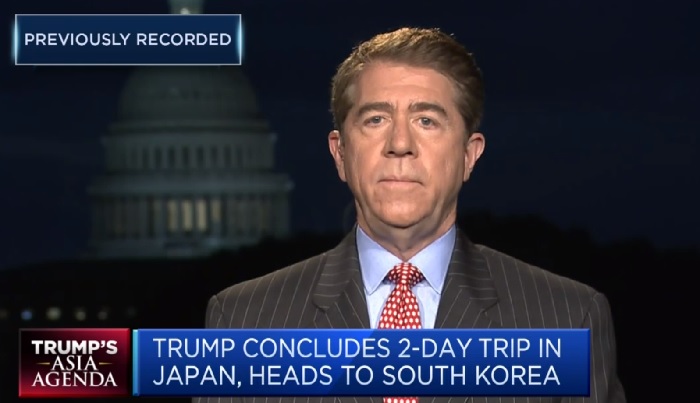 Ambassador Lincoln Bloomfield, in an interview with the Hill TV about his expert research on MEK Iran

The Hill TV interviewed former U.S. Assistant Secretary of State for Political-Military Affairs Ambassador Lincoln Bloomfield about the MEK Iran as part of its series on Iran this May. In his interview, Ambassador Bloomfield addressed propaganda concerning the MEK Iran and discussed Iran’s future.

Highlights from the interview included:

Interviewer: What are the most serious of the Iranian opposition groups? Is the MEK the strongest one in opposing the Iranian regime?

Bloomfield: I can’t speak for the 80 million people in Iran, and neither can anyone else because if you say anything favorable about the MEK or the National Council of Resistance of Iran, you could face imprisonment, amputation, execution, or if the religious judge likes you, exile…They are very well organized. They are very competent. And what people don’t realize is it’s a women-led organization, almost at every level.

For those who want to know the type of support #MEK has in #Iran, this is the 4th mass demonstration after #FreeIran rally in #Brussels,#Washington D.C.&#Berlin voicing the #IranProtests &calling 4 #IranRegimeChange #IStandWithMaryamRajavi #WeSupportMEK pic.twitter.com/ylFdyJkmMa

Interviewer: Congressman Brad Sherman recognized the critical role the MEK played in revealing Iran’s nuclear weapons program in 2002. What can you tell us about that?

Bloomfield: President Bush also acknowledged that an opposition group had come up with this information. There were certain sites that were unknown until they revealed by the opposition. This is when the U.S. and the European Union were negotiating with Iran on their nuclear program…When it turned out the Iranians were dealing in bad faith, something that President Rouhani bragged about, later on, that’s when the U.N. put very strict sanctions on Iran in 2009.

Interviewer: What can you tell us about the reality of the terrorism accusations against the MEK and have they ever been listed as a terrorist group?

Bloomfield: They’ve been listed as a terrorist group, from 1996 to 2012, and the story that needs to be told is that they have never been terrorists. There have been four major court cases, including in the U.S., that led Secretary of State Hillary Clinton to take them off the list because they couldn’t come up with any credible evidence that they had been terrorists…Not one member of this group in 54 years has ever been prosecuted as a terrorist by a country ruled by the rule of law under due process.

Interviewer: There are also critics of the MEK who say that it operates like a cult. What are they referring to?

Bloomfield: They are referring to the intense loyalty that the supporters have for each other. They have a level of trust which spooks some people. But if you realize that tens of thousands of their relatives have been jailed, tortured, and murdered over the years…all of these survivors stick together, and they probably don’t trust anyone else…They are basically being chased…They are not a cult.

Interviewer: How effective and how widespread are the Iranian regime’s anti-MEK propaganda efforts?

Bloomfield: They’ve been extremely effective… They’ve repeated things so often that people in Washington have come to believe it…If I were a correspondent and wanted a visa to Tehran and wanted to come back in one piece and wanted an interview with Foreign Minister Zarif, I would never say a word about this group. The minute you say something about the MEK or NCRI that’s real, you’re never going to Iran again, you’re never getting another interview.

Stevenson describes the ways in which the Iranian regime has stepped up its campaign of disinformation against the #MEK (#PMOI) since the massive uprising in #Iran beginning in December of last year. https://t.co/8NLlO8aVou

Interviewer: You have been working on Mideast issues and national security issues for a long time. What should the United States’ approach be going forward with the MEK be?

Bloomfield: My points have nothing to do with military confrontation. I think that would unite the Iranian people behind their own government. I think that’s a natural reaction. I think what we really should be doing is showing what the people in this regime have been guilty of…I would put war crimes dossiers together, and I would take senior leaders of the Iranian regime to The Hague and prosecute them for war crimes. To get that information, someone needs to talk to the NCRI.