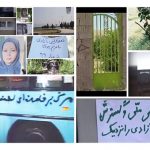 Written by Mohsen Aboutalebi on July 15, 2020. Posted in NEWS 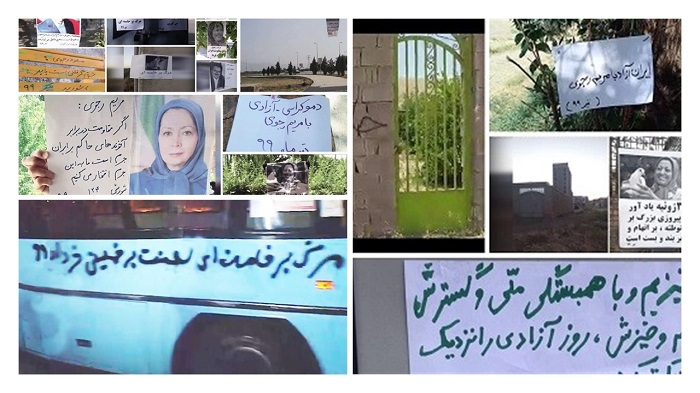 The timing of this is significant as it comes just before the annual Free Iran gathering for a free and democratic Iran.

The Iranian regime is in a desperate situation and it is doing all that it can to keep its grasp on power. One of the biggest threats to its survival is the people of Iran and their continued resistance by the National Council of Resistance of Iran (NCRI) and the People’s Mojahedin Organization of Iran (PMOI / MEK Iran).

Over the past few years, there have been several widespread uprisings, and in between, there have been continued strikes, protests, and anti-government demonstrations. With every uprising, the regime gets weaker and weaker and its survival is not guaranteed.

Resistance units inside Iran inspire the #Iranian people and infiltrate the regime in order to overthrow the mullahs https://t.co/J4JPaHMt29

In the past few days, the country’s judiciary and Ministry of Intelligence and Security (MOIS) have been issuing prison sentences for members of the opposition and their families. It has been reported that several members of the People’s Mojahedin Organization of Iran (PMOI / MEK Iran) have been sentenced to prison.

The timing of this is significant as it comes just before the annual Free Iran gathering in which tens of thousands of people express their wishes for a free and democratic Iran. Hundreds of distinguished speakers from across the world will speak in support of the people of Iran. They include politicians, religious leaders, human rights activists, dignitaries, parliamentarians, and so on. Every year, it becomes clearer that the people of Iran and the main opposition to the regime (PMOI / MEK Iran) are getting more and more international support.

These recent prison sentences are the regime’s way of instilling an atmosphere of fear but the (PMOI / MEK Iran), the people of Iran, and the whole MEK Resistance movement have made it clear that they will never give up on their quest for freedom, human rights, and democracy.

The MEK has so-called “Resistance Units” spread across the country. They arrange activities and organize protests and have been very vocal in their calls for regime change. Last week, there were many activities in several cities across the country, including capital Tehran, Shiraz, Gorgan, Rasht, Shahr-e Rey, Abadan, Qom, and many more.

Not only was the MEK Resistance Units calling for regime change, but they were also voicing their support for the (PMOI / MEK Iran), the National Council of Resistance of Iran (NCRI), and its President-elect Mrs. Maryam Rajavi.

The members of the MEK Resistance Units graffitied slogans in public places and wrote messages of support for the opposition in places for all to see. Slogans against Iranian President Hassan Rouhani and Supreme Leader Ali Khamenei were also seen.

Slogans on cars were also seen, and the MEK Resistance Units also brought attention to the anniversary of the 1999 student uprising against the mullahs. This uprising was suppressed by regime officials, including the now-president Hassan Rouhani and the current speaker of Parliament Mohammad Bagher Qalibaf.

Other activities took place around the country last week, including by courageous and angry young people who detest the rule of the mullahs. They torched a number of the regime’s suppressive centers and made it very clear that they will not accept the mullahs.