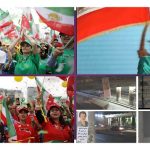 MEK Resistance Units Are a Beacon of Hope in Iran 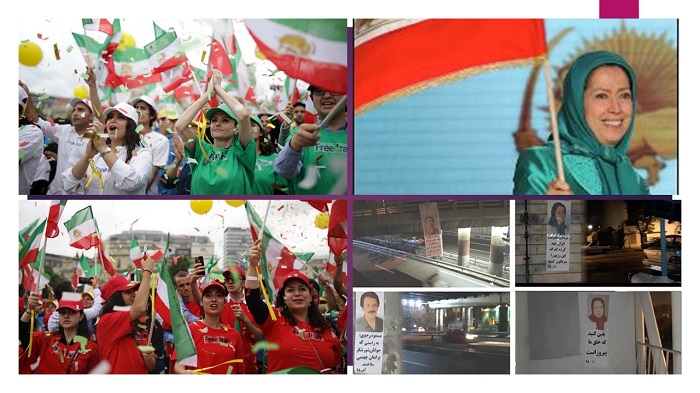 Khamenei asked his officials to dissuade the youth, especially those at the universities from joining the MEK resistance units.

The People’s Mojahedin Organization of Iran (PMOI / MEK Iran) Resistance Units are expanding their influence within Iran. There were a number of activities carried out in the following cities showing opposition to the regime and support for the resistance movement:

New report on Iranian opposition PMOI/MEK "Resistance Units" network inside the country increasing their effort against the mullahs' regime.#Iran#IranRegimeChangehttps://t.co/urw9O4wbIO

The aim of the resistance units in Iran, according to the Iranian Resistance leader, Massoud Rajavi, is to provide a beacon of hope within Iran itself and form a bond between the people and the (PMOI / MEK Iran).

Resistance units will guide the Iranian people towards the overthrow of the despotic mullahs’ regime and lead towards a democratic and free Iran.

The regime in Iran has continued to plunder the national wealth of the country and use it to fund the nuclear missile program and the exporting of terrorism. The failures of the regime have led to a situation in which the country is in turmoil and ready to explode.

Even before the Covid-19 pandemic descended on the country causing death and misery everywhere it spread, the country was wracked by protests and uprisings. In November last year, over 1,500 protestors were killed and thousands arrested. Protests continued anew in January this year. A huge boycott of the sham parliamentary elections shook the confidence of the regime, yet it went on to mismanage the Covid-19 crisis, leading to nearly 70,000 unnecessary deaths as of writing.

The state-run media and critics within the regime warn about the powder-keg readiness of Iran to explode in this era of the pandemic. One of the regime’s officials, Ahmed Naderi, was quoted as saying to the Resalat daily, “I am worried about the social and security outcome of this crisis. Soon, rebellions, much larger than the ones in 2018 and 2019 and certainly much larger than the ones in the 1990s, will happen.”

The regime’s main worry is that it is likely to be overthrown by a weary public, with the help of the MEK’s resistance units. The regime has until recently refused to mention the (PMOI / MEK Iran), but the increasing influence of the resistance within Iran has forced them to confront the very real possibility that they are staring at their demise.

The Supreme Leader, Ali Khamenei, in an address to fake ‘students’ in a video conference in May said ‘“Do not allow your protests to be viewed as protests against the Islamic system; the enemy is waiting for this. Sometimes, you may assume that you are protesting the issue of the stock exchange or Pride [an automobile brand produced locally]. But depending on the way you protest, the enemy views or implies it as a protest against the system. You must seriously prevent this from happening and not allow the enemy to have an opportunity to make such an assumption because of your protest or imply to others that this is a protest against the system.” “It would be good if you are at the forefront of demands. If you stop leading in this arena, then others may take the lead, whose aim is not to resolve the people’s difficulties, but who are aiming to fight against Islam and the Islamic Republic. Do not allow that. In other words, this must not happen,” he added.

Two elite students were recently arrested together with 18 others. They were accused of supporting the (PMOI / MEK Iran). Khamenei asked his officials to dissuade the youth, especially those at the universities from joining the MEK resistance units. “Places of gathering for young people, including universities, have been the target of two major evils: passivity and deviation. In the early days of the revolution, we had some young people who believed in Islam…. They were attracted to the MEK… And joined their path,” Khamenei said.

Khamenei exhorted his officials to confront the appeal the MEK has on the youth of Iran. ‘I do not recommend that we appease those who do not accept the foundations of the revolution, cast doubt on its foundations, promote the enemy, and put us on the wrong path. Not at all. You must deal with them explicitly and strongly… They (the enemy) also work on our youth and try to exploit them and are planning for this,” he said.

On November 17th last year, just a short while after the nationwide protests, Khamanei complained that “in the course of such incidents, usually thugs, spiteful individuals, and unsavory people enter the scene. … You see that over the past two days, the two nights and one day, in which these incidents happened, all the world’s centers of evil have encouraged these actions against us. From the evil and wicked family of the Pahlavi dynasty to the wicked and criminal collective of the MEK, they are constantly encouraging and inviting people on social networks and elsewhere to conduct these evil acts.”

The Commander of State Security forces (SSF) said on November 17th that his forces had detected that the MEK had led the protests and that any individuals identified and arrested would be “punished for their actions at the right time.”

Three days later, on November 20th, the state-run Afkar News website said that those who had been detained after the protests were” in some shape or form tied to the MEK and foreign elements. They received the necessary training over the last two years to carry out these actions.”

In the end game for this rotting and corruption-riddled regime, the MEK’s role through the resistance units becomes ever more important in leading the next nationwide uprising so that the Iranian people’s desire for a free and democratic society could be fulfilled.

On July 17th this year, the “Free Iran Global Summit” will be held to support the resistance units and their efforts in ridding Iran of the regime and replacing it with a free and democratic alternative.