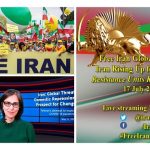 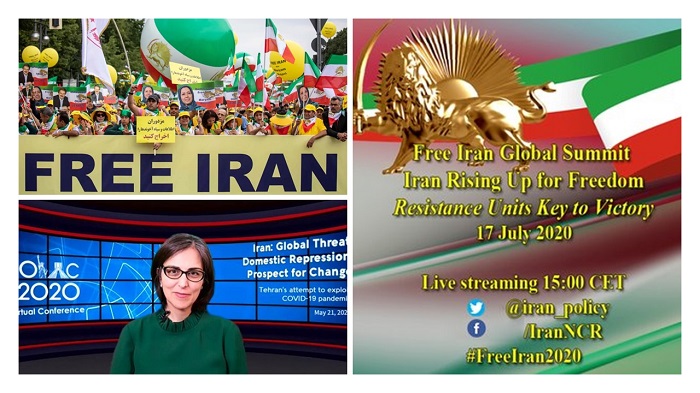 The July 17th summit is preparing to tell western nations to crack down on the mullahs in Iran.

A huge global summit will take place next Friday organized by the National Council of Resistance of Iran (NCRI) and the People’s Mojahedin Organization of Iran (PMOI / MEK Iran). The summit aims to get the West on its side concerning the Iranian regime’s reign of terror, particularly concerning its recent response to the COVID-19 pandemic, which has now taken 70,000 lives in Iran.

The gathering will concentrate on the strengths of the November 2019 and January 2020 uprisings which demanded a regime change. There are not only Iranians attending the event but also political dignitaries and lawmakers who dislike the human rights abuses, terrorism, and proliferation of weapons of mass destruction that are taking place in the country.

Well-known foreign dignitaries expected to attend by Zoom include:

This is not the first time such a meeting of the free Iran movement has taken place, as in 2018, the NCRI held a similar gathering in Paris. This was the time when a senior Iranian diplomat allegedly tried to bomb that event. It was due to a well-coordinated intelligence operation that took place between French, German, and Belgian agencies that the bombing was prevented. The French foreign ministry concluded that it was Iran’s intelligence ministry that had dreamed up the bomb plot. As a result, France expelled the diplomat and duly imposed sanctions. The Iranian diplomat is now just about to face a trial in a Belgian court.

Khamenei’s regime has grown increasingly desperate in recent months. Its retaliatory missile strikes which shot down a Ukrainian airliner, killing all 176 people on board got protestors out onto the streets in cities across Iran chanting, “Death to Khamenei!” Other protests were due to the lowering of fuel subsidies by 50 percent and imposing rationing.

Tehran appeared to have suppressed any up to date information about COVID-19 so that there would be no non-voting turnout at the election that was taking place in the middle of the epidemic.

The July 17th summit is preparing to tell western nations to crack down on the mullahs, while supporting a memorial for the nearly 70,000 Iranians who have lost their lives to coronavirus in Iran, according to the (PMOI / MEK Iran).

#PMOI #MEK: more than 70,300 people in #Iran have died from the #coronavirus since the beginning of the pandemic.https://t.co/fgszalPh9T #Iranian #FreeIran2020 @USAdarFarsi

The Iranian regime has always insisted that the MEK has been involved in terrorism but in 2012, the U.S. State Department erased the (PMOI / MEK Iran) from its list of terrorist organizations. Today, the (PMOI / MEK Iran) represents the best leadership to lead Iran into freedom and democracy.