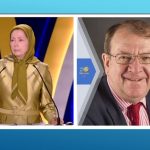 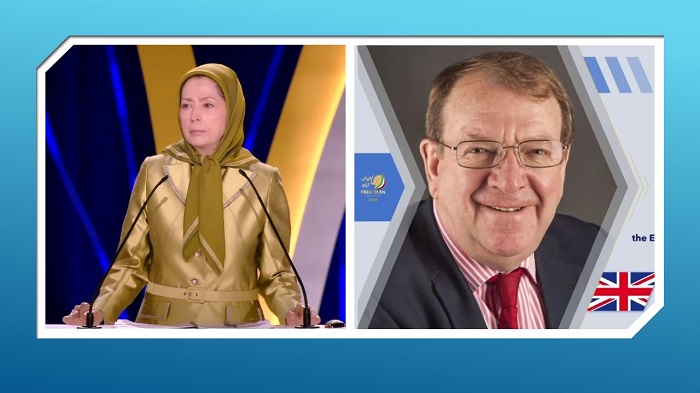 Good evening, Madame President Maryam Rajavi, and good evening to my dear brothers and sisters in Ashraf 3. My warmest greetings to you all and especially to the courageous MEK resistance units in Iran. It’s a great privilege to speak to you this evening.

12) Despite all this, the #MEK and its resistance units have a clear presence in #Iranian society, with daily activities demonstrating the group’s widespread popular supporthttps://t.co/yRUeHlSvQe

Let me start following the last great speech by thanking the Albanian government, thanking the Albanian people, for their courage in playing host to The People’s Mojahedin Organization of Iran (PMOI / MEK Iran), inside Albania. Thank you also for your decisive action against the terrorist Iranians in expelling their ambassador and first secretary. I would ask you now in one final thing, please close the embassy in Tirana and get rid of these agents of terror.

Hitler’s thousand-year Reich only lasted 12 years. On that basis, the Iranian regime is well past its sell-by date. The 1979 Revolution in Iran which overthrew the despotic rule of the Shah was quickly hijacked by the mullahs and their psychotic figurehead, Ayatollah Ruhollah Khomeini. Khomeini appointed himself as God’s representative on earth, changing Iranian society overnight and giving birth to what is now known as Islamic fundamentalism. Khomeini’s legacy of repression and corruption has been steadfastly maintained ever since. For the past 41 years, the mullahs’ revolutionary creed of radicalized Islam, in reality, boils down to a policy of hatred. Hatred of the West and in particular America, hatred of Sunnis, visceral hatred of Saudi Arabia and Israel, and a hatred of religious minorities of any kind.

"On that basis, the Iranian regime is well past its sell-by date." Struan Stevenson #FreeIran2020 #Iran @iran_policy #sponsored https://t.co/tvV1GpuqIi

To achieve their constitutional objective of spreading the revolution to create a fundamentalist Shiite caliphate, the clerical regime has vigorously backed Bashar al-Assad’s bloody civil war in Syria, it has trained, financed, and commanded the brutal Shia militia in Iraq, it has sponsored the Hezbollah terrorists in Lebanon an the Houthi rebels in Yemen, it has bankrolled and inspired the export of proxy wars and terror throughout the Middle East and the wider world. Every country the mullahs have targeted is now a smoking ruin.

Founded on hatred, this theocratic fascist dictatorship has wrecked the Iranian economy, plundered the people’s wealth, ruined the environment, and turned this once great nation into an international pariah. Deploying their Islamic Revolutionary Guards Corps, the IRGC, the regime’s Gestapo, the mullahs have unleashed a homicidal blitz on their population, crushing dissent, wantonly murdering and maiming thousands of peaceful protestors. Iran’s jails are bursting at the seams with political prisoners, many of them young students male and female arrested during the most recent nationwide uprising in November 2019.

The main targets for arrest, torture, and execution are always supporters of the principal opposition movement, the People’s Mujahedeen of Iran, the (PMOI / MEK Iran), and their families. Over the past four decades, 120,000 of its members and supporters have been executed. Dozens more have been assassinated outside of Iran. The latest wave of arrests and hard prison sentences for (PMOI / MEK Iran) supporters and their families have laid bare the mullahs’ fear of the people who are now seething with rage at their criminal rulers. Iran has become a dangerous powder keg ready to explode.

Last week, the trial began in Belgium of Assadollah Assadi, a diplomat from the Iranian embassy in Vienna. It’s the first time in European history that a diplomat has been tried for acts of terrorism. Assadi was filmed handing over 500 grams of high explosives and a detonator to an Iranian couple from Antwerp, ordering them to bomb our great annual gathering at Villepinte near Paris in June 2018. He and his conspirators have been in jail for the past few years awaiting trial, but the question has to be asked, who gave Assadi the orders to bomb the NCRI gathering? As a foreign minister, Javad Zarif is in charge of Iran’s army of ambassadors and diplomatic staff. In June 2018, he was therefore responsible for the orders given to Assadollah Assadi.

And this was not the only plot involving his diplomatic staff. As we heard, Albanian intelligence officers uncovered a plan to detonate a bomb at a Nowruz gathering of (PMOI / MEK Iran) members in Tirana. Two MOIS agents together with the Iranian ambassador and first secretary were expelled from the country by the Albanian Prime Minister Edi Rama. But even Zarif could not have taken the order to carry out such terror attacks without the consent and approval of Rouhani and the Supreme Leader Ali Khamenei and others. So, all of them must now be held to account. All of them must be indicted for acts of terror and tried before the International Criminal Courts. And all of the mullahs’ embassies, which they use as bomb factories and launch pads for terror attacks, must be immediately closed.

The terrorist attacks on the NCRI and the (PMOI / MEK Iran) go right to the heart of the media as well. The regime is so frightened by the truth of the (PMOI / MEK Iran)’s popularity inside Iran, that it goes crazy if it sees any positive media coverage. Following last Friday’s huge global gathering, Mrs. Rajavi’s (Mrs. Maryam Rajavi is the President-elect of the National Council of Resistance of Iran’s NCRI), the speech was broadcast live on Iran international TV. The mullahs went mad. They ordered their agents and lobbyists around the world to bully TV channels. Freedom of the press is meaningless to the mullahs. They cannot stand the thought of Mrs. Rajavi, who is respected as a leader in Iran, to be seen or heard on television. They spewed out insults and abusive language on social media. They recognized no right for the media to decide on what they should show or who they should interview.

Now disgracefully, some newspapers and TV channels like Der Spiegel, Frankfurter, Channel 4 News, have been seduced by the regime’s demonization campaign against the (PMOI / MEK Iran). So, I encourage the press to take their journalistic principles seriously. And as my colleague, David Jones, said in the gathering last Friday, today we want the BBC to open its airways, not to the mullahs but the Iranian speakers, and convey the spirit of the Iranian resistance (PMOI / MEK Iran). This is what the British people and their cross-party representatives in the UK Parliament want to see happen.

Brothers and sisters, the time has come to pull down the curtain on this murderous regime. After 41 years of tyranny, the Iranian regime’s sell-by date has expired. The mullahs and their Supreme Leader Ayatollah Ali Khamenei have earned their place in the trash can of history alongside Hitler, Mao, Stalin, Pol Pot, and every other failed tyrant. It’s time to say goodbye and good riddance. Thank you very much.