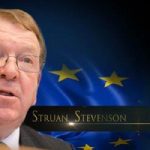 Iran’s Influence in Syria in Decline 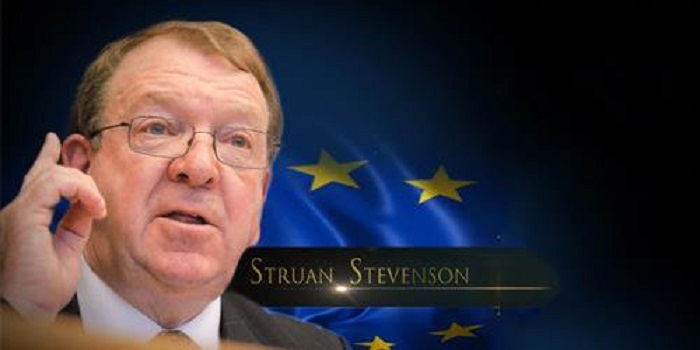 Iranian regime has made a move to withdraw forces from Syria.

Struan Stevens, in an article for United Press International (UPI), discussed the Iranian regime’s withdrawal from Syria, where it has allegedly been wasting Iran’s wealth by propping up Syrian dictator Bashar-al Assad for almost ten years. Mr. Stevenson believes this is because of the failure of the mullahs’ ability to export terrorism that this withdrawal is taken place.

It has been observed that the Iranian regime has made a move to withdraw forces from Syria. This observation came from James Jeffrey, who used to be the U.S. Ambassador to Iraq, but is now the “special presidential envoy for the Global Coalition to Counter Daesh.”

It has already been acknowledged by some in the regime that the 20 billion was the tip of the iceberg when it comes to what Iran has lent Assad during the Syrian civil war. https://t.co/5SDpLba3tA#Iran #Syria #MEK #Corona @USAdarFarsi pic.twitter.com/fMvjZ9mfBp

Jeffrey, when speaking at the Hudson Institute in mid-May, believed that the current Trump administration had put so much pressure on the regime by imposing sanctions that it had brought Iran to its knees financially, so it hasn’t had the means to support Syria. He also mentioned the COVID-19 pandemic that the Iranian administration had no idea of how to manage effectively, leading to dire consequences for the Iranian people. This has meant the regime has had to deceive the people about the number of deaths by quoting 7,000 when it is far closer to 48,000, established by reliable counts performed by the resistance units of the People’s Mojahedin Organization of Iran (PMOI/MEK Iran).

The U.S. State Department Special Representative for Iran, Brian Hook, has recently claimed that Iran has more of an incentive to withdraw from a multibillion-dollar military campaign in Syria as the coronavirus pandemic has hit the country hard. He stated that the U.S. had seen “tactical displacement” of Iranian troops in Syria, where seemingly militias backed by Iran have been the providers of much of the firepower for the Bashar al-Assad regime’s attacks on Idlib province. This is allegedly one of the few remaining opposition holdouts in the country.

Caesar Act will tighten the hold on Iran and their allies

The Caesar Act, which comes into force on June 17th of this year, has the intention of imposing sanctions on governments and companies that persist in their support for the Assad regime. Nine years have passed since the Iranian Regime started to back Assad’s murderous civil war, costing 700, 000 lives. It is only now as a result of sanctions that Iran has been forced to rethink its financial support for military campaigns in other countries.

Human rights groups see the Caesar Act as a victory for human rights, as it helps to hold the Assad regime accountable for its war crimes committed against their people. The act aims to implement tough sanctions on the Assad regime and anyone else that chooses to cooperate with it.

U.S. sanctions have been utterly devastating for the corrupt Iranian regime, as confirmed in April at a meeting that took place in Damascus between Iran’s foreign minister Mohammad Zarif and Assad, where Zarif admitted it was encountering financial problems due to the sanctions. Meanwhile, Iranian proxy forces who are loyal to the Syrian regime have begun to shell villages in southeast Idlib, which is the last outpost of anti-Assad rebels. The onslaught resulted in the murder of men, women, and children.

Iran battens down from Israeli attacks

Israel has increasingly been targeting missile-manufacturing places in Syria with ongoing airstrikes, so in response, the Iranian regime has started to dig a tunnel in Albukamal at the Imam Ali military base in eastern Syria, just west of the border with Iraq. Satellite images have picked up bulldozers working at the entrance to a tunnel estimated to have a width of five meters which is under construction as a store for advanced weapon systems helping to keep the region safe from attacks by Israel forces.

Waste of money as Iranians suffer

This sort of multi-billion activity is hard to accept when Iranians are living below the poverty line. The mullahs have even dared to request emergency aid from the IMF to the tune of $5 billion to help them through the crisis caused by Covid-19. While Iran’s health system suffers and lives are lost needlessly, the Islamic Revolutionary Guards Corps has sent humanitarian goods to its terrorist ally, Hezbollah, in Lebanon.

Even the Iranian ambassador to Lebanon, Mohammad Jalal Firuz-Nia, revealed in May the following: “In addition to masks and personal protective equipment and disinfectants, this aid includes 15 ventilators (artificial respiration devices) and 5,000 diagnostic kits for COVID-19.”

Poverty increases due to price rises

Ordinary Iranians have had to bear the brunt of Iran’s poor financial management as bread and gasoline prices have escalated without any effective control. What we do know is that finally, the Iranian regime realizes it no longer has the cash to support its antics in Syria,