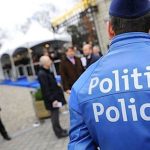 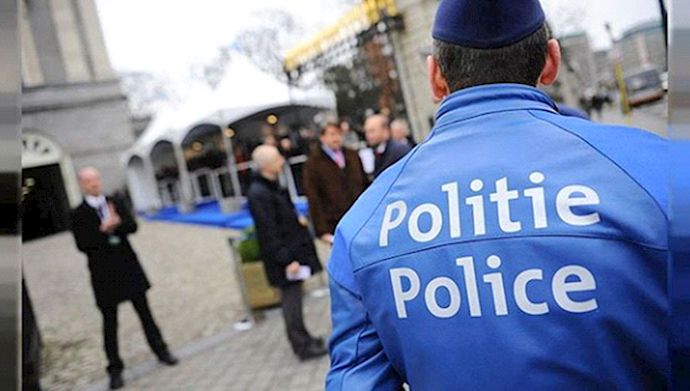 Asadollah Assadi, Iranian regime diplomat-terrorist charged in a Belgian court on terrorism a day after being extradited to Belgium.

On Wednesday, Iranian diplomat-terrorist Asadollah Assadi was arraigned in a Belgian court on terrorism charges after being extradited from Germany on Tuesday. He and three other members of the Iranian regime’s Ministry of Intelligence and Security (MOIS) will all stand trial on terrorism charges.

#Iran's regime has been taking advantage of diplomatic immunity provided to its "diplomats" abroad.#ExpelIranDiplomatTerroristshttps://t.co/bANeWdz1cz

Assadi is an Iranian regime diplomat who planned a foiled terrorist attack against the National Council of Resistance of Iran’s (NCRI) annual gathering this year in Paris. The event was attended by tens of thousands of people, including foreign dignitaries and politicians from all over the world, as well as tens of thousands of MEK supporters. Assadi and his associates plotted to detonate a bomb at the gathering.

Two suspects were arrested in Belgium on the day of the gathering carrying 500 grams of. TATP explosives. The couple was on their way to the gathering when they were stopped by police. The fourth suspect was arrested in France and extradited to Belgium. Assadi is accused of masterminding the plot and personally delivering the explosives to the couple who was tasked with detonating the bomb.

The regime denied the charges and demanded the release of Assadi. They have claimed that he has diplomatic immunity in the case. The regime has also attempted to threaten, pressure, and make offers to the European community to secure Assadi’s return to Austria.

On October 1st, Bamberg, Germany’s high court ruled against the regime, saying that, “All the conditions have been met and there is no obstacle before extradition.”
Further, it read, the defendants could not “cite diplomatic immunity” as they had previously hoped.

The MEK uncovered Assadi’s criminal past ten years ago. He has participated in regime-sponsored assassinations thirty years, targeting the MEK.

Report by Sky News Arabia: The terror of the Iranian regime and the wave of new attacks on the table of Europeans#ProsecuteAssadi#ProsecuteIranTerrorAgents#ExpelIranDiplomatTerrorists #Iranhttps://t.co/GQXE2O8jiM pic.twitter.com/c2vX9URZEc

The most recent terrorist plot against the MEK was planned at the highest levels. The decision to attack the MEK was originally planned by the regime’s Supreme National Security Council, chaired by Iranian regime President Hassan Rouhani, and attended by Foreign Minister Mohammad Javad Zari. Final approval was given by regime Supreme Leader Ali Khamenei. The details of the plot were then planned by Asadollah Assadi.

The people’s uprising that began last December and continues today has weakened the regime. They have resorted to acts of terror against the MEK in a desperate attempt to hold onto power. The plot against the MEK in June was the second foiled terrorist plot against the MEK this year. Another terrorist plot by the regime targeting MEK members in Albania was uncovered in March. In August, two MOIS members were arrested in the United States for spying on MEK members on behalf of the Iranian regime. It is clear that the mullahs’ regime views the MEK as an existential threat and is doing everything in its power to bring down the organization through terrorist acts.