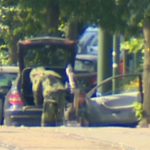 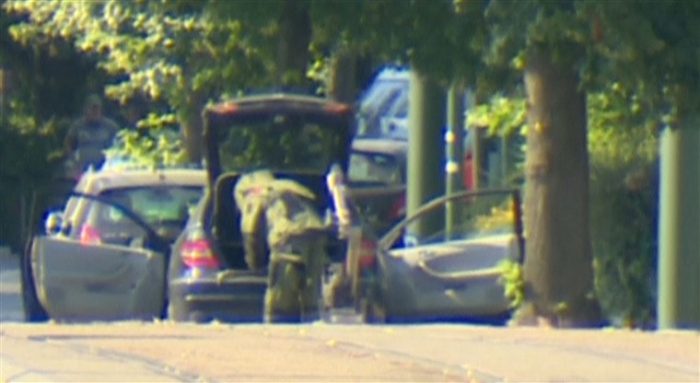 Three months after the foiled terror France confirms the Iranian Regime was Behind the attack.

In response to the Iranian regime’s involvement in a terror plot against the Iranian opposition at a rally in Paris, French authorities froze assets held by several suspects. The plot, due to be carried out in late June, involved a Belgian-Iranian couple using an explosive-laden vehicle to attack the People’s Mujahedin Organisation of Iran’s (MEK’s) annual Grand Gathering.

The French government was unambiguous in its condemnation of the Iranian regime. A diplomatic source told Reuters that the assets were frozen after a “long, meticulous and detailed investigation by our [intelligence] services”.

Following the investigation, Paris concluded, “without any doubt, that responsibility fell on the Iranian Intelligence Ministry”.

The French government’s investigation has been collaborated by separate investigations undertaken in Vienna, Brussels, and Berlin.

How to Combat #Iran'ian Terrorism
A conference to discuss the growing terrorist threat of the Iranian Regime and how the international community must respond was held yesterday in Brussels and was attended by politicians, legal experts, and dignitaries…https://t.co/3qCarDFhYg pic.twitter.com/K35IITx6N6

Who are the suspects?

Among the Iranians with assets frozen is a diplomat, Assadollah Assadi. He was working in the Iranian embassy in Vienna, Austria, at the time of the attack, and is allegedly responsible for providing the Belgian-Iranian couple with the explosives. Assadi was later arrested by German authorities and extradited to Belgium, where he could face trial.

The other frozen assets belonging to the Internal Security Department in Iran’s Ministry of Intelligence including, the Deputy Minister of Intelligence, Saeed Hashemi Muqaddam.

Along with freezing assets, French anti-terrorism units raided a Shia center in the town of Dunkirk. The anti-terror unit believed the center was in “clear support for several terrorist organizations”.

The mullahs’ response has been odd

Following the French authorities’ crackdown on Iranian-linked accounts and outspoken accusations against the Iranian clerical regime, the mullahs appeared unphased.

Iranian regime’s Foreign Ministry spokesperson, Bahram Ghasemi, said, “if there is a misunderstanding… about a thing that does not exist, be it a conspiracy by others or a mistake, we can sit down and talk about it”.

The “misunderstanding” he is referring to could be incredibly costly. France was among one of Europe’s biggest advocates for salvaging the Iranian nuclear deal, a deal Tehran is fighting to keep alive.

The evidence linking the Iranian Ministry of Intelligence to the failed terror attack in Paris could have grave consequences to Iranian-French relations, and in turn, cause the nuclear deal to slip through Khamenei and Rouhani’s grasp.

Speaking at a conference last week, the men urged the European heads of state to take a tougher stance against Iran’s state-sponsored terrorism both in the Middle East and in Europe.

“Since the Iranian regime came to power in 1979, Iran has conducted terrorist plots, assassinations, and attacks in more than 20 countries worldwide.” Read the @StateDept report “Outlaw Regime: A Chronicle of Iran’s Destructive Activities” → https://t.co/biT2HSzOPF pic.twitter.com/kLuUUrJ7VQ

The regime’s state-sponsored terrorism is even undermining its own objectives. It is further isolating Iran at a time when Iran needs all the economic support it can get following the reintroduction of US sanctions.

The mullahs are on a dangerous path. Continuing to involve themselves in terror plots on European soil will only leave them in a more precarious situation. The nuclear agreement will be the worst of their worries when the heads of Europe side with the US and leave Rouhani without a lifeline in the economic wilderness.