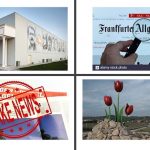 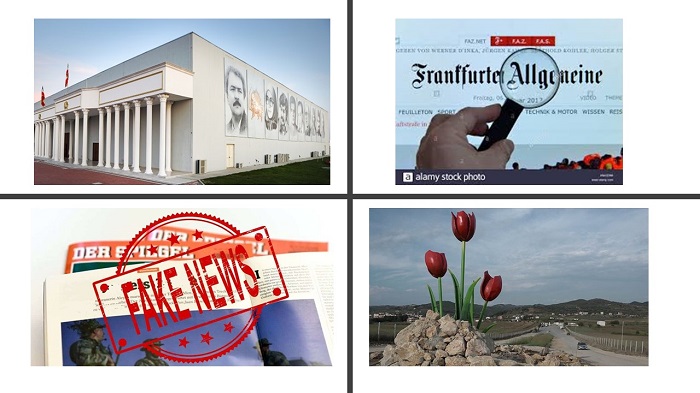 Allegations in a German newspaper (FAZ) about the (PMOI / MEK Iran)

It was quite fortunate for the MEK that a Hamburg Court ordered the German newspaper Frankfurter Allgemeine Zeitung (FAZ) to remove false allegations contained in one of its articles about the People’s Mojahedin Organization of Iran (PMOI / MEK Iran). The article published in mid-May called “The Devil Should Be Living in Tirana” was making reference to Ashraf 3 in Albania the home of about 3,000 MEK members. The article accused the MEK of “torture” and said that it banned relatives visiting Ashraf 3.

The lawsuit filed against the newspaper contested these allegations and won so FAZ must pay €250,000 for each allegation as well as the court costs. It is said that it is foreign media that is trying to influence the politics in Iran.

Another German media giant, Der Spiegel, acted in a similar way by publishing an article in the middle of February called the Prisoners of Rebellion. The Hamburg Court said that the Iranian Resistance had been harmed and told Der Spiegel that it was no longer permitted to “publish and/or allow the publication of allegations related to torture going on in the MEK settlement in Albania. The National Council of Resistance of Iran (NCRI) has supported the inaccuracies of the allegations.”

On April 1st, 2019, the legal advisor for the MEK in Albania called on the Norwegian Dagens Naeringsliv editor in chief not to permit its newspaper and journalists to act on behalf of the Iranian regime like this, in the long run, will cause more death and destruction.

Back in 2018, a war was waged against the MEK instigated by agents and mercenaries of the regime who pretended to be reporters from Britain’s Channel 4 and Al-Jazeera English. “The regime’s Foreign Minister, Javad Zarif, and the regime’s Ambassador to Britain Hamid Baeidinejad revealed that the threatening tactics taking place at the residence of the People’s Mojahedin in Albania (disclosed in the statements of the NCRI Security Committee on August 16 and September 2) and the smear campaigns of Channel 4 on September 6th  and Al-Jazeera English September 16 were “ordered,” by the mullahs’ regime.”

The MEK was quick to find out the truth and contacted Al-Jazeera English and exposed the dirty scenarios that had led to the journalist network to tell lies through its amicable ties to the Iranian regime. MEK was able to provide details and documents and the paid agents names of the Iranian regime used in these programs.

Back in late February 2020, the New York Times did the right thing by refusing to publish a letter to its editor from Ali Safavi, an official of the Foreign Affairs Committee of the NCRI in response to a Times’ Feb 16th article called “Highly Secretive Iranian Rebels Are Holed Up in Albania.

“ The letter said that the group was taken on a tour of Ashrafi and it said that (PMOI / MEK Iran) members were basically prisoners. They also said that journalists rarely visit Ashrafi. This statement was not true as in just the last 2 years dozens of people from around the world had visited, including journalists and reputable politicians.

Mohammad Shafaei, who is a MEK member living in Ashraf 3 said that how reporters were distorting the facts about the MEK resembled how he was treated by the regime’s interrogators. In the past few years, Shafaei has lost six members of his family “all of them tortured and executed by the brutal regime of Iran.”

The MEK exists because of the failure of the regime to run a country based on freedom and democracy. The regime never liked to see an increase in support for the MEK and has tried to discredit this opposition, but in the end, it has had to resort to executions to help to frighten this organization to drop its campaign.

However, these tactics have never worked and the MEK and its supporters have grown considerably. The regime supreme leader Ali Khamenei has said himself that the MEK poses a threat to the regime. This became even more noticeable in nationwide protests in both December 2017 and November 2019 by the Iranian people.

Furthermore, the regime cannot deny that Ashraf 3 represents both hope and freedom and is growing from strength to strength as it inspires Iranian youth to fight for freedom. It has also shown how it stands up for all Iranian’s rights as the brutal Iranian regime tries to suppress their right to live in a fair, democratic society.