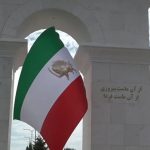 Written by Amineh Qaraee on February 24, 2020. Posted in NEWS 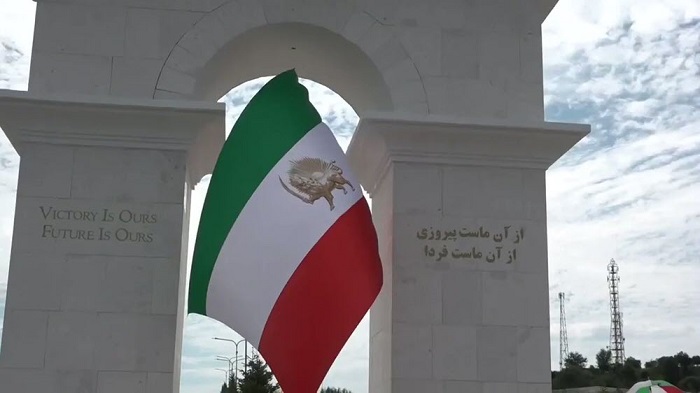 Ashraf3, the MEK’s compound in Albania

Distorted Facts Presented About the MEK in a Recent NYT Article

It seems the media has distorted facts about the Mujahedin-e Khalq (MEK), the main opposition group to the current Iranian government, as revealed in the Feb 16th New York Times article by Patrick Kingsley.

Kingsley spent nine hours in the Ashraf-3 camp near Tirana in Albania. He was given the freedom to talk to anyone he wanted and he even spoke with an MEK Iran member who had been the subject of a propaganda campaign, implying she was being kept in the camp against her will. She, of course, refuted this quite openly when questioned. The article went on to say that those interviewed at Ashraf said they had joined the MEK movement voluntarily. Kingsley secretly hoped he would come across a crowd of individuals who had had their freedom taken away from them against their will.

The journalist could not find anything in Ashraf-3, which is in Manez, not far from Tirana in Albania, that showed that the MEK Iran was a secretive, closed community that kept its thousands of members under close surveillance. Kingsley is not the only visitor to the community as over the past few years, people from all walks of life have been welcomed to Ashraf 3, including political leaders and members of parliaments from many countries. These visits are frequently alluded to on the internet. Kingsley appears to have ignored these as if he has been deliberately sent to the MEK Iran base to discredit their ideology even though the following media outlets have sent reporters to Ashraf in the past two years alone:

To add to the list above are visits from all key Albanian leaders and, In July 2019, 350 political personalities and parliamentarians from 47 countries. This included a bi-partisan delegation from the United States. These delegates stayed in Ashraf-3 for 5 days and met and spoke to thousands of MEK Iran members there. The Iran Policy Committee (Link) recently published a report about this event.

On November 17, 2019 , the first National Security Advisor to President Barack Obama, General James Jones, met with the President-elect of the National Council of Resistance of Iran (NCRI), #MaryamRajavi , at the home of the Mujahedin-e Khal (PMOI/#MEK) in Albania, Ashraf-3#Iran pic.twitter.com/aKDBi1m7w4

Kingsley, in ignorance, referred to the MEK Iran as the “People’s Jihadists.” The “Mujahedin” is an old term that is a nationally recognized nickname introduced in 1906 during the constitutional revolution by Iranian freedom fighters and the nationalist movement who were fighting in the country’s northern forests against the Reza Khan dictatorship in the early the 20th century. So, the Mujahedin is a deeply respected term, according to the Iranian public. With respect to the MEK’s views, in 1993 it published a book called “Islamic Fundamentalism, the New Global Threat.”  Several chapters of the book were reserved for the extremist ideology of Iran’s ruling mullahs, which was a topic that was rarely discussed at that time. Since its outset, the MEK emphasizes free elections, gender equality, the abolition of Sharia Law, the separation of the religion and state, religious freedom and autonomy for Iran’s nationalities.

The MEK and Iran’s clerical regime

MEK is a real threat, according to the Iranian regime. However, it hasn’t been able to rid itself of this viable opposition despite 100,000 executions and wave upon wave of terrorism. As establishments commonly do in many countries where there is a viable opposition the Iranian regime has peddled lies to discredit the MEK Iran. It has called it a cult where members are forced to divorce their spouses. The claims made by Kingsley in the Times report are similar to the propaganda spread by the religious fanatics and fascists currently ruling Iran. They have spent hundreds of millions of dollars within and outside Iran spreading malicious rumors about the MEK Iran, even infiltrating the international media.

Who are the MEK?

They are not only well educated but they possess an ideology that the oppressed only dream about and that is the establishment of democracy and human rights for all in Iran. What makes the MEK stand out as different is that they are not after wealth or honor for themselves, but it represents the interests of everyone and strives for a fairer more equal society for all.

There is simply no reason to criticize this sort of ambition. Its ideology resembles that of Iran’s nationalist leader Dr. Mohammad Mossadeq, George Washington, and even those who led the American and French revolutions. MEK Iran loves the idea of being free and wants to see this for all Iranian people. They have been fighting for this for more than 20 years and accusations leveled at the MEK Iran by Kingsley and the New York Times regarding male/female relationships is just an excuse to denigrate an honest and freedom-loving movement.

In December 1996, Douglas Jehl, a Times Middle East reporter, went on a visit to Ashraf and talked to MEK Iran members. In his report he said that since 1991 married couples had put their relationships on hold and sent their children abroad, leaving the men and women to enjoy their relationships as if they were brothers and sisters. Kingsley chose to misinterpret the role of men and women deliberately objectifying women as if they weren’t important. This is the flip side of the thing that Khomeini has used against the MEK Iran ever since February 1979 continually citing the finding of sexual artifacts after attacking and forcibly entering MEK Iran premises throughout Iran.

Fortunately, the MEK hasn’t given up its principles despite the never-ending smears it has had to deal with year in year out. Many other opposition forces in Iran have bowed down to pressure put on them by the clerical regime but not the MEK Iran much to the disappointment of journalists from the New York Times.

There is an ever-present school of thought that anyone who thinks about others or sacrifices their lives must have a sinister motive for doing so. It is not just the MEK Iran that thinks about the destiny of others but the Bible referred to self-sacrifice for the betterment of others too. There are numerous examples in the American Revolution where people acted selflessly for the benefit of others. In later years Martin Luther King alluded to the need to sacrifice, struggle and suffer in the never-ending pursuit of justice.

2003 standoff between US forces and MEK in Iraq false news

The MEK announced publicly its neutrality in the Iraq war and American officials reported that no shots were fired. In 2004, the same status was reiterated by the State Department and White House spokespersons and senior commanders of the Coalition Forces in Iraq, including General Raymond Odierno. Because of its position, the MEK Iran was granted “protected persons” status under the Fourth Geneva Convention. Despite providing Kingsley with proven evidence regarding former MEK Iran members’ links to the Iranian regime he believed what they had told him. This is not the sort of thing you would expect from a journalist seeking to unravel the identity of a legal, credible organization. He should have spoken the truth and that is in the name of freedom and democracy the MEK Iran has lost hundreds of thousands of supporters who have been murdered by the Iranian regime or held as political prisoners with no hope of release.

The Albanian government did have the sense in 2018 and 2020 to expel the Iranian regime’s ambassador, deputy ambassador and head of the Intelligence Ministry branch, and two other regime diplomats. They charged them with organizing terrorist attacks against the MEK Iran one of which involved the capturing of a truck of explosives.

Kingsley himself arrived without pre-arranging his visit but was welcomed into Ashraf-3 without reservation. He could go anywhere and talk to anyone freely and any questions were answered unreservedly. A Times photojournalist visited Ashraf-3 for a full day and could photograph whatever he wished a day or two later.

After all this, Kingsley had the audacity to refer to the MEK Iran as a “shadowy” and “tightly guarded” camp. He even said in his article that the most informed were the ones who had escaped Ashraf-3 made up of 10 individuals known to be collaborators with the Iranian regime’s Intelligence Ministry. He spoke with them before his visit to Ashraf-3. He also spoke with neighbors of Ashraf-3 who, even according to Kingsley, were all positive but not a mention of this was reported in the NYT article.

Despite knowing that there were several thousand people in Ashraf-3, Kingsley decided he was going to imply that they had all been kidnapped, even though in the short time he was on the premises he wouldn’t have had time to see everyone. The MEK Iran is just lucky it hadn’t put on a reception for Kingsley, as he would probably have said it was a cover-up for more sinister things that were going on in the camp. Overall, of the 1,693 words in the article, just 38 were direct quotes from the MEK. Amazing, since the MEK was the subject of the report!

Facts can be stubborn

Unfortunately for the MEK Iran, the present distorted article written by Kingsley has provided meat for the various media outlets and factions of the religious fanaticism that rule Iran. To them, the article typically verified claims they had always promulgated about the MEK Iran, their persistent opposition. What is important is that the true facts won’t ever go away. The explosive situation that is present in Iranian society, and the rise in the role of the MEK Iran in Iran’s political landscape, are facts that cannot be ignored. Whatever journalists like Kingsley say, this movement is here to stay. Critics will see the light in the dark tunnel that Kingsley has portrayed about the MEK Iran sooner rather than later.