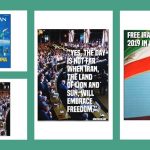 The significance of the Free Iran 2020 gathering

Written by Mohsen Aboutalebi on July 5, 2020. Posted in NEWS 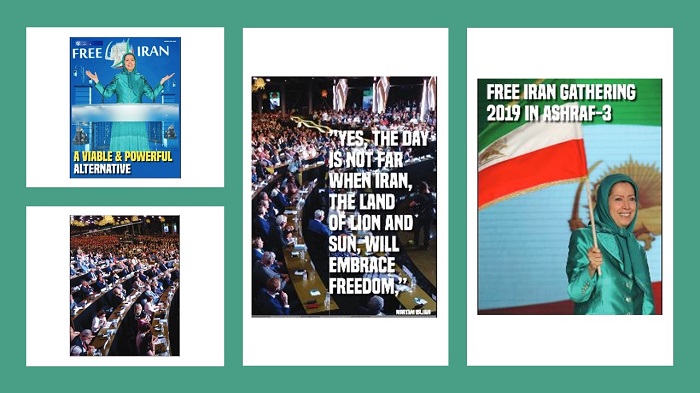 Iranian supporters of (NCRI) and the (PMOI / MEK) organizes its “Free Iran” gathering in Ashraf 3.

Every year on July 2nd the Iranian supporters of (NCRI) and the (PMOI / MEK Iran) organizes its “Free Iran” gathering, which attracts tens of thousands of Iranians and supporters from around the world. This includes many other people who hold key positions in many areas such as human rights, religion, town mayors, and parliamentarians.

Normally the event is held in Paris but last year it took place in Ashraf-3 in Albania. This is the home for 3,000 members of Iran’s main opposition movement the People’s Mujahidin Organization of Iran (PMOI / MEK Iran).

Ashraf-3 has been designed and built in such a way that it offers meaning to the difficult land we live in. As stated by the Washington Times on July 24th, 2019 it was built on hope and symbolizes the new beginning of a new, free and civilized Iran that can be re-energized through the people themselves.

International dignitaries from 47 nations attended last year’s event and came to support the ten-point plan of Mrs. Maryam Rajavi, the president-elect of the National Council of Resistance of Iran (NCRI). At the same time, they were given a tour of the huge exhibition hall in Ashraf-3. This was constructed to pay tribute to the hundreds of thousands of heroes who had lost their lives for the cause of freedom and democracy in Iran.

Rudy Giuliani said it was not just the case of getting rid of the current regime, but the key move was to replace not with another similar leader but one from (PMOI / MEK Iran) the only alternative to the present political force,

This year the event will be a virtual conference due to the global threat of COVID-19 and it will take place on July 17th.

The core of this year’s event will be based on the events that were advocating regime change such as the free Iran movement.

The society’s cry for change

In November 2019, the regime suddenly increased the cost of gasoline which was the last straw for Iranian people which triggered protests in 200 cities. The economic protests were so intense that they were quick to turn into a national uprising whose demands were overthrowing the regime for good. The response from the regime was brutal and more than 1.500 protesters lost their lives.

Iran amidst an economic crisis

The Majlis Research Center highlighted the growing increase in poverty which has led to a widening gap between rich and poor. The cause of this is based on mismanaging economics which has resulted in the inability of the country to meet the minimum standards of living.

Not only have there been economic mistakes, but the result of these has been compounded by COVID-19, which has taken 65,200 Iranians. The regime could have done a lot more to minimize the spread, such as quarantining complete cities and disallowing the return to work.

More than 65,200 people have died of the novel #coronavirus in 342 cities checkered across all of #Iran's 31 provinces, according to the Iranian opposition PMOI/MEK.

The regime’s position in the world today is a state that is dependent upon its own power to maintain its position. This means also that it has taken people as hostages and inflicted physical harm on many.

Examples of terrorist acts are:

It is not only the people of Iran who are protesting, but Lebanon and Syria are too and they are demanding the ousting of the regime because it is trying to force its views on their nations and is a threat to world peace as well.

Mrs. Rajavi has said: “The overthrow of the clerical regime remains to be the unyielding demand of the Iranian people, and the uprisings in November 2019 and January 2020 represented the people’s burning commitment to implement it.’’