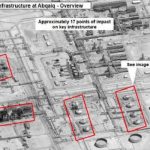 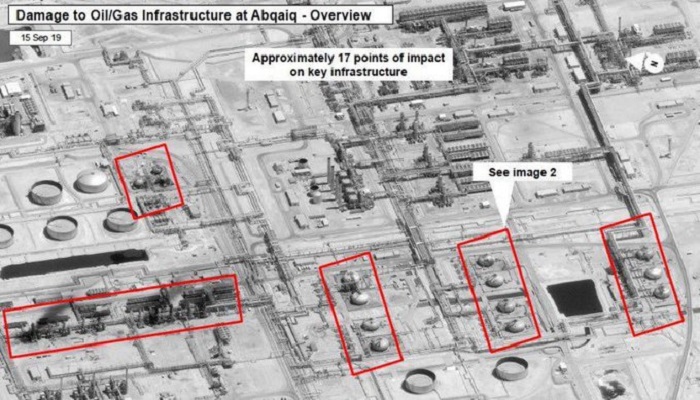 The attack on Saudi Arabia’s oil and gas facilities in Abqaiq was a blow to one of the main arteries of the global economy. This event once again rose the international concern about the threat of the Iranian regime to universal peace and stability. In an article entitled: “Attack on Saudi Arabia Demands a United Response”, Blumberg wrote:

“The Trump administration should use the United Nations General Assembly this week in New York to marshal a global response.” “The attacks on Abqaiq — and by extension, on the global economy — should clarify Trump’s thinking. This is the moment to rally the international community to deal with the threat from Iran.” Blumberg added

Despite denying the attack by the Iranian regime, right after the attack, all fingers pointed at Iran as the source of the attack. Reuters On Sep 15 reported:

“The scope and precision of drone attacks on Saudi Arabian oil facilities show they were launched from a west-northwest direction rather than from Yemen to the south, where Houthi rebels claimed responsibility, senior U.S. administration officials said on Sunday.”

The report quoted an official who told a small group of reporters, speaking on condition of anonymity:

“Saudi Arabian Oil Co., known as Aramco, has made an early assessment that its facilities were hit by missiles, people familiar with the matter said. A U.S. government assessment determined that the strikes hit at least 17 places at Abqaiq, a large processing facility close to the Persian Gulf. Many hit on their west-northwest-facing sides. That might suggest they were hit from Iraq to the north, not drones launched from Yemen to the south.” Remember when Iran shot down a drone, saying knowingly that it was in their “airspace” when, in fact, it was nowhere close. They stuck strongly to that story knowing that it was a very big lie. Now they say that they had nothing to do with the attack on Saudi Arabia. We’ll see?”

Donald Trump said Sunday that the United States was “locked and loaded” for a potential response to the attack on Saudi Arabia’s oil facilities after a senior administration official said Iran was at fault.

Meanwhile, the UN Secretary-General, Antonio Guterres, and many countries including Spain on Sunday condemned the attack. The Spanish Foreign Ministry in a statement expressed its concern and said: “This kind of attack poses a threat to the lives of civilians, increases tensions, threatens the security of the region and harms global energy security”. Palestinian President Abbas also in a call with Saudi King condemned attacks on Aramco.

We call on all nations to publicly and unequivocally condemn Iran’s attacks. The United States will work with our partners and allies to ensure that energy markets remain well supplied and Iran is held accountable for its aggression

One more time, the attack on the Saudi oil facilities shows that the Iranian regime is the main source of threat not only to regional stability but to the world peace; granting any concession to this regime will embolden it and put the regional and global peace and stability at risk. As the MEK reiterated time and again, the world must hold this regime accountable for its destabilizing behavior.