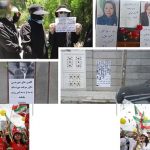 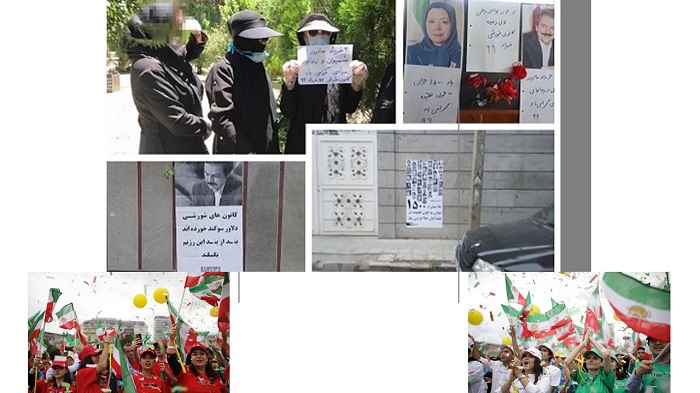 The religio-fascist regime in Iran is in the final stages of its existence in the country by the MEK resistance unit and Iranian people.

The clerics who control Iran’s regime have come to fear the resurgence of the Iranian resistance The People’s Mojahedin Organization of Iran (PMOI / MEK Iran) movement, especially amongst the youth of Iran. The November 2019 uprising was just the beginning of something that will shake the regime to the core. The Covid-19 epidemic that has been badly handled by the Iranian regime has consistently been exposed by the Iranian resistance, (PMOI / MEK Iran) allowing ordinary Iranians to understand just how badly their government has failed them.

While the (PMOI / MEK Iran) has recorded nearly 66,000 deaths in Iran from the disease, the regime has only admitted to fewer than 12,000, an inconsistency that can only be explained by the fact that the regime has consistently lied to downplay its failures in suppressing the virus.

The regime now states that the main internal political threat to their control is the activity of the MEK based in Ashraf-3 in Albania and the resistance units who support them across Iran itself. The uprisings of November 2019 and again in January 2020 are a testament to the strategy employed by the MEK.

The religio-fascist regime in Iran is in the final stages of its existence in the country. It is being challenged by both internal and external crises, mostly of its own making. It is attempting to defend itself by threatening the main opposition, the democratic forces of the MEK and NCRI.

At the summit, the anniversary of the first establishment of the NCRI will be commemorated as well as the proud titles of the Iranian people and resistance and the historic uprising of July 21st, 1952. The 30,000 martyrs of the resistance, members and supporters of (PMOI / MEK Iran) who were killed in the 1988 massacre, will also be commemorated. The Summit will remind the international community that the perpetrators of this massacre should be brought to justice at the International Criminal Court in the Hague.

The leader of the Iranian Resistance, Mr. Massoud Rajavi has expressed the following: “Khamenei and Rouhani have adopted a strategy of grand human casualties and sending people to the Coronavirus minefields to protect the regime from the danger of rebellion and overthrow in the face of sanctions. This is the continuation of the same anti-patriotic war and the massacre of prisoners in today’s conditions. If for the Velayat-e-Faqih regime, every death is an opportunity and a blessing, we must turn it into a potential for the overthrow of the regime with a hundred times more revolt and battle. The opportunity for the religious tyranny and the anti-human regime is over. The liberators are winning.”

On June 20th at an international conference, Mrs. Maryam Rajavi, the President-elect of the NCRI stated that “The overthrow of the clerical regime remains the unyielding demand of the Iranian people. The uprisings in November 2019 and January 2020 represented the people’s burning commitment to implement it.

With their protests and strikes, and the activities and operations of MEK Resistance Units, every day, the Iranian people move closer to overthrowing the regime.

It is for the realization of this goal that political prisoners continue to persevere in prisons across Iran and stand up to Khamenei’s henchmen.

It is up to the international community to hear this message:

The Iranian Resistance Units, the internal network of the Iranian opposition People’s Mojahedin Organization of Iran (PMOI/MEK), spread its activities across the country in recent days.#Iranhttps://t.co/sWKRSklF69

MEK Resistance Units in Iran, rebellious youth, and the Iranian people, in general, must be supported in their opposition to the regime.

The killing of so many Iranians by the regime over the years, including the 1988 massacre of 30,000 political prisoners members and supporters of the MEK, 120,000 sympathizer to (PMOI / MEK Iran) and 1,500 young protesters who took part in the November 2019 uprising must lead to the perpetrators being brought before justice in the International Criminal Court.

June 20 Anniversary – Activities of the Resistance Units and Supporters of the Mujahedin-E Khalq (MEK / PMOI Iran) Across Iran: