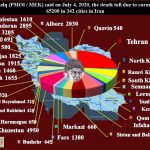 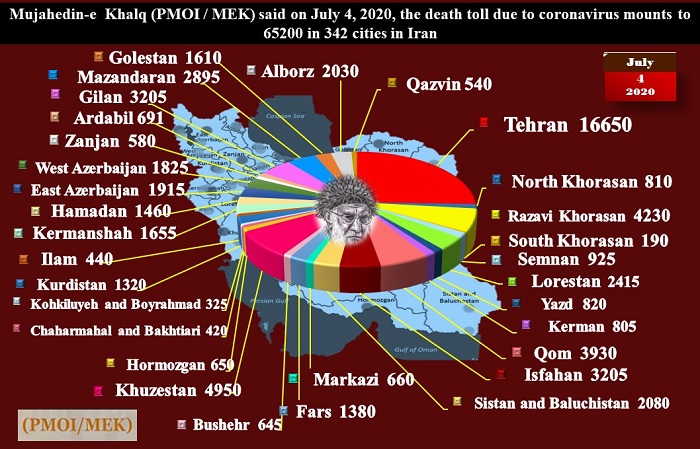 The medical staff employed in the country’s hospitals are losing their grip.

The Iranian opposition, People’s Mojahedin Organization of Iran (PMOI / MEK Iran) is the only organization with reliable data about COVID-19 in Iran. By Saturday, counts showed that 65,200 had lost their lives to the deadly virus. This is in 342 cities in Iran’s 31 provinces. Unfortunately, the regime is incapable of revealing the truth to its citizens and is underplaying the deaths by simply saying just 11,260 had succumbed to the virus.

More than 65,200 people have died of the novel #coronavirus in 342 cities checkered across all of #Iran's 31 provinces, according to the Iranian opposition PMOI/MEK.

However, a representative of the regime’s Health Ministry noted at midday last Friday that, in the last 24 hours, 154 people have died of COVID-19. There were also 2,566 new cases with more than 50% in hospitals. This is an incredibly high number since the virus has been known about for months.

ICU numbers high in the provinces

It is inevitable that with such high numbers of COVID-19 having 3,123 in ICUs in Iran’s hospitals is of no surprise. This includes the following provinces which are classified as code red:

The regime’s Deputy Health Minister, as reported by the Tasnim news agency, which has known associations with the Revolutionary Guards (IRGC) Quds Force, stated that there will be worse to come as the country enters the winter months later in the year.

The medical staff employed in the country’s hospitals are losing their grip as they start to experience fatigue due to both the long hours of work and the devastating situations they must deal with.

Reports from around the provinces

The regime has done little to relieve the hardship experienced by healthcare workers many of whom have not even been paid. Government entities hire nurses for 89 days at a time so they are not required to provide contract benefits and insurance. This has led to unrest in Mashhad, including protests, but the regime’s only response is to arrest many of the protesting nurses.

What Mrs. Maryam Rajavi, the president-elect of the National Council of Resistance of Iran (NCRI) says

She wholeheartedly supports the protesting nurses and uses this announcement to tell the regime that because they have taken the country’s wealth and spent it on how they think fit like on nuclear weapons and ballistic missiles and terrorism this has ended up with so much virtually irreparable destruction to the country.

The astounding rise in the #Coronavirus death toll and the upward trend of the crisis in many provinces in #Iran are due to the clerical regime's inhuman policies. The only thing the mullahs are concerned about is to preserve their disgraceful rule pic.twitter.com/8IhIiYF2OC