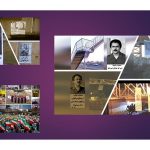 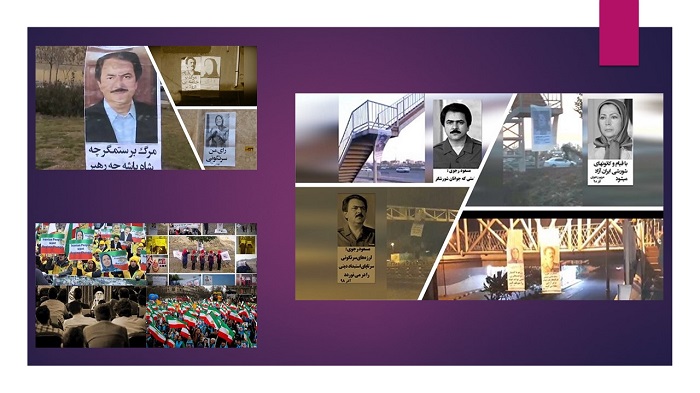 Supporters of the (PMOI / MEK Iran) have been on the streets to make their opposition known.

The people of Iran are fed up with the mullah’s regime and its negligence and belligerence. The regime’s negligence regarding the Coronavirus health crisis has been shocking. The people have been left extremely vulnerable, as have medical workers.

Even before the Coronavirus outbreak emerged in Iran, the people were already calling for regime change. They made it very clear that they will not tolerate the regime’s negligence, belligerence, suppression, or brutality any longer. Last November, a nationwide uprising made the regime realize that the people were determined to change the course of the future.

The regime cracked down very hard on protesters and demonstrators in November 2019. At least 1,500 people were killed because of the lethal force used by suppressive agents. Tens of thousands were badly injured and many more were arrested and thrown in jail. Even though the people could see all that was happening, they made it clear that they will not be silenced no matter what the regime does.

The Coronavirus health crisis has put these protests on the backburner for a little while, but we are still seeing activity on the part of the opposition and young people. Over the past few days, supporters of the People’s Mojahedin Organisation of Iran (PMOI / MEK Iran) have been on the streets to make their opposition known.

Such activity was seen in cities and towns including capital Tehran, Isfahan, Mashhad, Karaj, Ahvaz, Mahshahr, Shiraz, Qom, and Kermanshah, to name just a few.

The banners and posters also contained messages showing that the people despise the rule of the mullahs, with many criticizing Supreme Leader Ali Khamenei and President Hassan Rouhani. Some examples of the slogans are as follows: “Down with the principle of Velayat-e-Faqih, damn Khomeini”, “Uprising will erupt to annihilate Khamenei and his clerical regime”, “Down with Khamenei, damn to Khomeini, hail to Rajavi”, “Democracy, Freedom with Maryam Rajavi” and “Army of the Hungry, revolt and rise, damn Khamenei”.

There are MEK Resistance Units located all across Iran and they have been very active in recent times. They are a great form of support for the people and are ensuring that the flame of resistance is not extinguished by repressive forces. It is working in the background as well as being present in the streets and it is dedicated to bringing freedom to the people of Iran.

People in Iran have been celebrating the anniversary of the death of Khomeini – the founder of the regime. These celebrations are a sign that they reject everything the mullahs stand for.