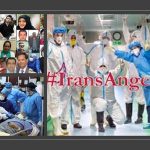 Written by Jennifer Jones-Kelley on April 7, 2020. Posted in NEWS 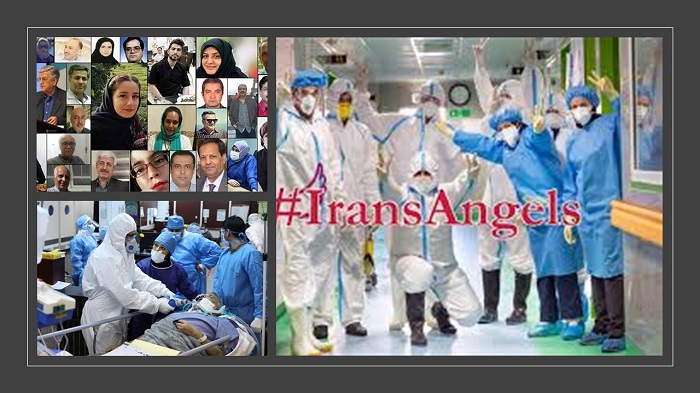 The brave doctors and nurses are in the front line of fighting against coronavirus in Iran.

On Sunday, April 5, Dr. Rahim Yousefpour was summoned to appear before the Iranian regime’s judiciary to answer charges that he contradicted the regime’s official reporting on the coronavirus crisis in Iran. Dr. Yousefpour could face up to three years in prison and flogging if he were to be convicted of the crime of telling the truth about the deadly virus.

“I warned about COVID-19 a month ago. For this reason, the authorities summoned me eight times. I have to appear in court because I told the truth… If you don’t see me again, it’s not because of being infected with coronavirus or a road accident,”

Dr. Yousefpour is one of many healthcare workers who have been arrested for sharing accurate information about the virus.

Since late January, 20,400 people in 245 cities have died from coronavirus, according to the MEK Iran. The Iranian regime concealed the outbreak until February 19 and still has only acknowledged 3,739 deaths to date, despite overwhelming evidence that this number is inaccurate. Hospital workers lack basic personal protective equipment, sanitizing and cleaning supplies, medical equipment, and medication to alleviate symptoms. They do not have enough beds or staff to manage the crisis or enough room in Iran’s morgues to hold the bodies of the dead.

More than 20,400 people have died of coronavirus in 245 cities checkered across all of Iran's 31 provinces, according to the Iranian opposition PMOI/MEK.#Iran#COVID19 pic.twitter.com/Te7HVqdaBe

Despite the hazardous working conditions, healthcare workers show up every day to fight on the front lines of the war against the coronavirus. Hundreds have lost their lives caring for the sick.  The state-run Hamshahri daily quoted Mohammadreza Zafarghandi, the head of the regime’s Medical Council in a recent article as saying: “So far, about 170 doctors and nurses in Qom have been infected with COVID19, and 37 doctors and nurses have died.” According to Iran Human Rights Monitor, a human rights group associated with the Iranian Resistance, at least 78 healthcare workers have died from coronavirus in Iran.

The selfless men and women who put their lives in danger every day to care for the sick and dying deserve respect and gratitude. These brave healthcare workers must deal with the human cost of the regime’s decision to conceal the outbreak of coronavirus in Iran for three weeks.

More than 19,500 people have died in 242 cities across all of Iran’s 31 provinces, according to reports tallied by the…

Instead, the judiciary is arresting those who share truthful information with the public and those who warned people early on that the situation was serious. The same people who are risking their lives to save others in hospitals must also risk their freedom to share lifesaving information.

Mrs. Maryam Rajavi, President-elect of the National Council of Resistance of Iran (NCRI), offered her condolences to the grieving nation and saluted Iran’s doctors and nurses for their sacrifices despite the limitations imposed by the ruling regime. “They are symbols of pride for the Iranian nation,” she said.

Iranians on Twitter are using the hashtag #Iranianangels to celebrate the work being done by healthcare workers.

The #PMOI / #MEK Iran has been working tirelessly to report accurately on the situation with the knowledge that the regime, as it always does, will downplay the #crisis.https://t.co/IoIj39X6EQ#MEK #Iran #COVID19 #coronavirus @USAdarFarsi pic.twitter.com/iITIXDuH2a