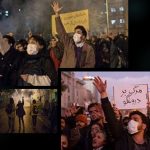 Written by Mohsen Aboutalebi on April 30, 2020. Posted in NEWS 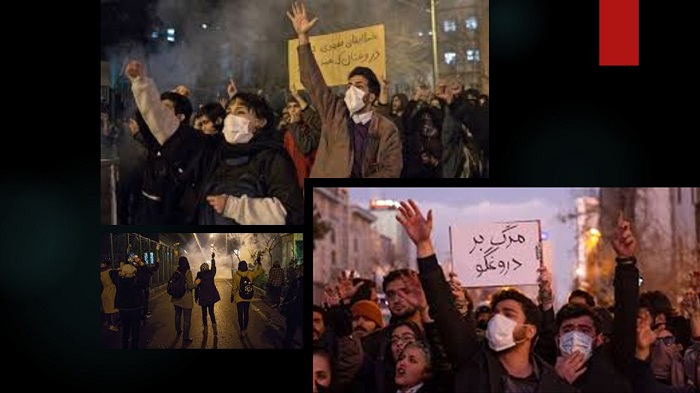 Anti-government demonstrations and protests in Iran.

The Coronavirus outbreak in Iran has already claimed the lives of more than 37,200 Iranians. The outbreak has been very badly managed by the Iranian regime and there is no end in sight.

The Iranian regime denied the initial stages of the outbreak and has since tried to downplay the extent of the crisis. It has under-reported the death toll and it has failed to take measures to protect the people of Iran.

Its most recent measures are certain to make the people of Iran even more vulnerable. A few weeks ago, President Hassan Rouhani ordered the people to resume their normal working activities and we have already seen a rise in cases because of this.

And in recent days, President Rouhani announced that religious sites would be reopened at the beginning of next month. This has been announced, despite warnings by scientific and medical experts that this would cause a surge in cases of Coronavirus across the country – something that will further cripple the already struggling medical services.

The #Iranian regime has decided to reopen religious sites across Iran at the beginning of May.https://t.co/8GP6R1yW6T#Iran #MEK #COVID19 #coronavirus @USAdarFarsi pic.twitter.com/d5rmBCSEYP

The people of Iran are exasperated at the measures being taken by the regime. The regime is very worried that the Coronavirus outbreak is going to spark a new stage of anti-government demonstrations and protests. And it seems that its concerns are valid.

During the past few days, Iranians all over the country, from all different social backgrounds, have been holding protest rallies in several cities.

Drivers working at the international airport in Tehran rallied outside the leasing office where they got their vehicles from, calling for all payments to be put on hold because of the recession and the massive reduction in flights and passengers passing through the airport.

These drivers do not have unemployment insurance and other benefits that taxi drivers could benefit from, and they are supervised by the Ministry of Road and Construction.

Street vendors in Nowshahr in northern Iran rallied outside the City Council building. They were protesting against the regime’s rounding up of their goods and called on Iranians to stand up for their rights before the regime takes them all away.

In Lushan in the province of Gilan, workers of the municipality complex protested against their employer’s decision to suspend their insurance payments, meaning that many employees are not covered for medical care. Some of the workers were also protesting because they have not received their salaries for six months.

Over 37,200 people have died of the novel #coronavirus in 306 cities checkered across all of #Iran’s 31 provinces, according to reports tallied by the Iranian opposition PMOI/MEK as of Wednesday afternoon local time, April 29.https://t.co/uFNZ6qxNkp

Retired workers from the Khomeini Hospital in Karaj protested on Sunday. They have not been receiving their pensions – neither their retirement or insurance ones.

In Ardabil in the northwest part of the country, a local highlighted the difficulties that they are facing because of the health crisis. They said that everything is becoming much more expensive for them – rents, vehicle licenses, mortgages, and so on. They even explained that schools are demanding fees for online learning for children.

Mujahedin-e Khalq (PMOI/MEK Iran) times and again stated that the regime is refusing to listen to the people of Iran who are struggling in many ways and it is right to worry about further dissent.