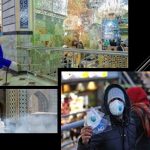 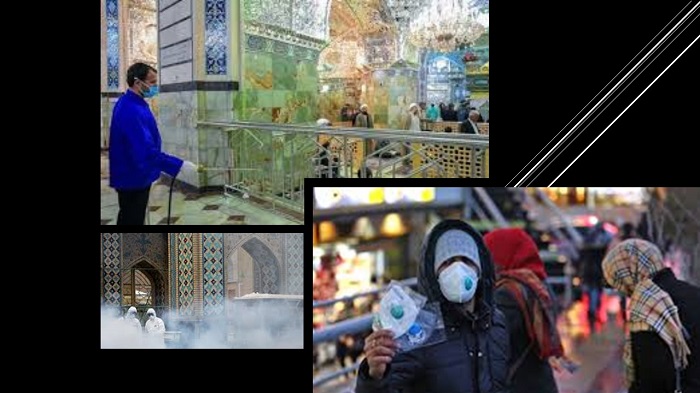 Reopen religious sites across Iran at the beginning of May.

The Iranian regime has decided​d to reopen religious sites across Iran at the beginning of May. This would indicate that the Coronavirus outbreak is under control and that such a decision would have involved careful consideration of the protection of the people of Iran. However, this is quite simply not the case. The religious sites are going to be reopened so that the Iranian regime can continue to attempt to influence the people and so that it can continue receiving huge sums of money these sites generate.

Many senior health officials have warned that the Coronavirus crisis has still not been managed and that there are still a huge number of deaths every day. The experts have also warned that gatherings of people will result in another wave of deaths and that the health service that is already struggling to manage the current situation will continue to struggle.

The announcement of these white areas, which is still shrouded in ambiguity, is a further step of the regime’s criminal measures toward removing restrictions meant to prevent the spread of the #coronavirus.#Iranhttps://t.co/3dZX6j2DZf

However, Supreme Leader Ali Khamenei and President Hassan Rouhani have listened to these warnings but decided to ignore them.

The Supreme Leader and President Rouhani have previously chosen to ignore advice from experts, in particular with regards to letting people return to their normal working activities. The Iranian president said at the time that it was important for people to return to work because they were at risk of dying from hunger. This is itself is ridiculous. The government should have been helping people financially while the health crisis is managed by the government. But once again, the people were left to fend for themselves.

Religious sites provide the Iranian regime with a huge amount of resources that it then plunders on its terrorist activities. The closure of these religious sites has been economically disadvantageous for the regime, although for the people it has gone a small way in protecting them against the virus.

There are also social and political motivations for the regime to reopen religious sites. For example, Friday prayer sermons are used by the regime to promote its policies and are used as a way to attempt to influence the people. The cancellation of such events has meant that the regime has lost one of its ways of trying to exert control over the people. Furthermore, mosques across the country are used by the suppressive forces to carry out their activity.

#Iran’s Regime Desperate yet Criminal Decision to Reopen Religious Sites and Sermons Amid Coronavirus #Outbreak The regime intends to use religious sites for political purposes & to financially take advantage of worshipers at the expense of people’s liveshttps://t.co/5eg5ZwDjyB

The Iranian regime has shown that it does not care about the health risks associated with reopening religious sites. They would rather pour their efforts into economic measures (that benefit the regime) at the expense of the humanitarian side of this crisis. Regime survival is what the Supreme Leader and Iranian president are basing all their decisions on. And quashing the dissent that grows stronger every day.

The regime is criminal in both its treatment and negligence towards the people it is supposed to be protecting.

Earlier this month, the Supreme Leader said that production must resume in Iran, “whatever the price”. This single flippant comment sums up Iran’s leadership perfectly,