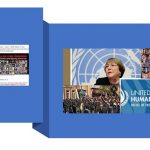 Calculating the Death Toll in the Uprisings in Iran 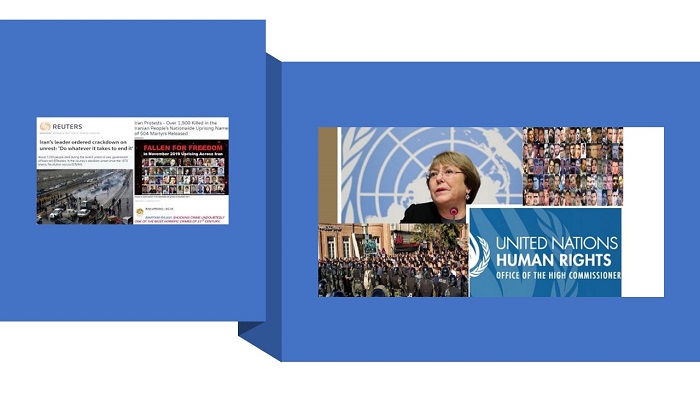 MEK Iran: Continual misinformation about the death toll in November 2019 Uprisings in Iran.

The November protests were sparked by an unprecedented increase in gasoline prices with rises of 300%. Throughout the protests, the ministry of communications closed Iran’s access throughout the country and what followed was a bloody crackdown. Rahmani Fazli was outraged when supporters of the protests claimed 10,000 people had lost their lives when he said the figure was between 40 and 45. Even the regime’s officials choked in disbelief following Rahmani’s comments and the new head of the Majlis (parliament) Security Commission, Mojtaba Zolnour mocked Rahmani and said the death toll was 230.

Ridiculous clerical efforts to change the place of the executioner and victim and to overshadow the great crime against humanity in the November 2019 uprising.https://t.co/mrNnwELz6s #Iran #MEK #IRGCTerrorWithoutBorders #Iranian #coronavirus @USAdarFarsi pic.twitter.com/kVhwAmSlQ7

The facts are evident

The media was too afraid to reveal the true number of casualties. The Daily Mostaghel acknowledged on February 18, 2020: “None of the state-sponsored press and news agencies were allowed to broadcast accurate news. That’s why they implicitly lost their media authority in the country.”

As COVID-19 spread throughout the country, the regime used the distress and chaos from this unplanned event to keep its cover-up of the protest’s death toll. The daily Jahan-e Sanat reported on February 18th that the announcement of the death toll was to be delayed until after the elections. At the election date, there was a further announcement, stating that the statistics would be publicized very soon.

However, the disarray caused by the spread of COVID-19 led the regime to delay the announcement of the death to November 30th. The figures should have been announced by the coroner, but in the end, the regime took over the job as the coroner had not kept up-to-date at the time with the death toll as it had been overwhelmed.

Continual misinformation about the death toll

Reuters on December 23th 2019 reported that 1,500 people lost their lives in the 14 days of protests. However, the regime’s president, Hassan Rouhani, rejected Reuters’ figures in a conference that took place on February 17th, 2020, saying they were far lower. For some unknown reason, it has taken 6 months for the regime to come up with a figure.

What was absent from the report published by the chairman of the parliamentary security commission and the interior minister was the fact that the victims’ families did not take part in determining the precise number of lives lost. They were the ones suffering from their losses so they should know who they are.

The coroner’s letter in February sent out to the minister of interior stated that “The bodies of the dead were distributed in dozens of morgues, and the high number and lack of space have become a problem.” When it comes to the 230 dead announced by the regime they would not need dozens of morgues so some lies are being told.

What the MEK has to say

The (PMOI / MEK Iran) on December 16th, 2019 stated that the death toll had reached 1,500 in the November protests. It was even able to publish the names of 765 victims which is distributed to human rights organizations and international institutions and asked them to condemn the outrageous death toll of civilians. The (PMOI / MEK Iran) has consistently demanded an international tribune should be set up to investigate these violations of human rights. It has been quick to point out that the regime hasn’t even come up with a list of names of the so-called 230 who had died, let alone provided photographic evidence.

The regime’s supreme leader, Ali Khamenei, has a lot to answer when in December he described the protesters “as a group of thugs affiliated to foreign services.” This sort of impromptu statement shows why the regime was so eager to conceal the true casualty rates. Later in early January, he wrote an open letter stating the regime will not accept any criticism from outside media sources. He also said that the Iranian people haven’t been permitted to protest so if they do take part in protests they can be expected to be treated with bullets.

Images on social media seen by everyone

Photos of the regime’s plainclothes agents shooting protesters with live ammunition while chanting “The supreme leader lives like a God” were posted on social media.

The state-run ISNA news agency on December 24th published a report that showed a heavy security presence after a widespread massacre of civilians took place during the November protests. The ISNA’s report, after a visit to Malshar between December 5th and 6th, said that protests in Mahshar could be heard up to four days following the main protest. Family members of those killed did not want to take part in an interview as they were told not to by the regime’s officials.

The situation couldn’t get much worse as on December 1st, 2019, Leila Vatheghi, the governor of Ghale Hasan Khan just west of Tehran, agreed that she ordered security forces to shoot and kill protesters. This ended up with hundreds of casualties, some injured and some dead.

On December 15th, 2019, the (PMOI / MEK Iran) revealed it had lost the following supporters:

That day, NCRI President Maryam Rajavi stated that the November massacre by the mullahs’ regime was an unbelievably shocking crime when more than 1,500 lost their lives in the Iranian people’s uprising. She also demanded that the United Nations should condemn this heinous crime and send out a fact-finding mission immediately to Iran to report on these unforgivable fascist acts against humanity.