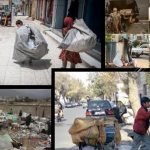 Written by Mohsen Aboutalebi on June 7, 2020. Posted in NEWS 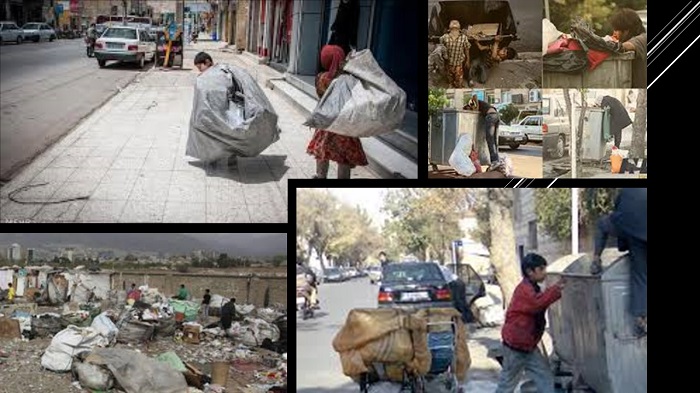 The (PMOI / MEK Iran) announced that the COVID-19 death toll getting over 50,000  in cities across Iran.

The Iranian officials said about 20% of the country’s population is infected with the COVID-19 and at least 40% to 70% will be infected.

In Iran, loss in income has caused a decrease in people’s purchasing power, and the majority of Iranians are unable to provide their minimum livelihood. Free currency and exports have increased the price of food and grains throughout the country.

Economists within the Iranian regime say the stock market is just a bubble due to the selling off of state assets. The true situation of the #Iranian economy means the bubble is likely to burst sooner rather than later.https://t.co/yl1uCNpMm2#Iran #COVID19 @USAdarFarsi pic.twitter.com/wv8PG012d0

But what is the reason for this astronomical increase in food prices? The Entekhab website quoted on May 27, the head of the Meat Union that “the red meat market and other meat components are down and there are no buyers. At the moment, the price of the meat per kilo is still high, and it is not going to change. People can’t afford it.”

Entekhab website also wrote on May 29 that: “Bean price rose 140 percent in Bushehr market, and this was at the top of the media headlines yesterday. Over the past few days, an increase of more than 100 percent in food prices in Tehran shows that inflation is taking the food out of empty tables of the people.”

According to reports from the Annual Inflation Rate Statistics Center in November 2019, the inflation rate has reached 40% for each family. The international inflation sources have estimated the annual inflation in Iran as 60%.

The Khabar Online website quoted on May 27, Rouzbeh Kordouni Head of the Institute for Social Security Research that: “During the coronavirus crisis, based on International Food Policy Research Institute (IFPRI), the below-the-poverty-line population of Iran will grow 60.6 percent.”

The Iran Economist news station wrote on February 12, 2020, that “Hossein Zagharfarm, a university professor, mentioned: If we want to set the poverty line as a criterion, all workers live below the poverty line. At the moment, the living conditions of workers are fragile, and concerning the increase in the price of products, they are unable to afford their basic living standards and are struggling with many problems.”

Tehran, #Iran
Child workers collecting trash to sell anything they can and help their families make ends meet.

These children should be in school. Yet they are not due to the mullahs' destructive policies of wasting Iran's riches on domestic crackdown, warmongering & terrorism. pic.twitter.com/Wtw5x8LLHu

The Entekhab website wrote on May 27: “The high prices have put huge pressure on the people. A person from Hamadan has written that “we are unable to buy anything. If we buy rice this week, the next week it rises 30 or 40 toumans. It is hard to find lentil in the market. The pea was 750 per kilo, and now it is 1500. Bean’s price is 27000 per kilo. In this country, you sleep at night, the day after the prices are doubled.”

In the Daily Jomhuriye Eslami editorial, Masih Mohajeri wrote: “Forty-one years after the victory of the revolution, 60 million people of this country still need help for their daily life’s needs. This is a more dangerous disease than the coronavirus. The coronavirus outbreak has shown us that we have a very fragile society in terms of economy and living conditions. By announcing work restrictions by the Coronavirus Task Force committee, millions of people suffered badly.”

During the coronavirus pandemic, the “garbage collecting children” look through large trash bins or garbage depots to find some food or precious goods.

The remarkable change in tone demonstrates that dissatisfaction with the Iranian regime is so universal that the mullahs are no longer able to censor their own media from broadcasting it. https://t.co/XvJfitgV0P#Iran #Iranian #Covid_19 #MEK @USAdarFarsi pic.twitter.com/T8sEGigFmt

The regime’s Supreme Leader Ali Khamenei is looking for a “young and hezbollahi” government and has appointed a ruthless Qassem Soleimani like murderer such as Mohammad Bagher Qalibaf as the head of the legislative. The government of Hassan Rouhani has caused high prices in food, houses, gasoline, cars, education, water, electricity, gas, health sector, but also unemployment, a decrease in people’s income, and purchasing power. The government is facing a total economic deadlock, and afraid of public outbursts, has chosen a more suppressive position to overcome any opposition.

Mrs. Maryam Rajavi, the President-elect of the National Council of Resistance of Iran (NCRI) reiterated on May 29: Living expenses of the toilers and the deprived people could have been easily provided for by major economic and financial institutions under the control of Khamenei and the (IRGC) so that they would not need to go to work for a few months and there would have been no need to send people to the altar of COVID-19.