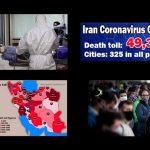 Written by Esmail Mohades on June 5, 2020. Posted in NEWS 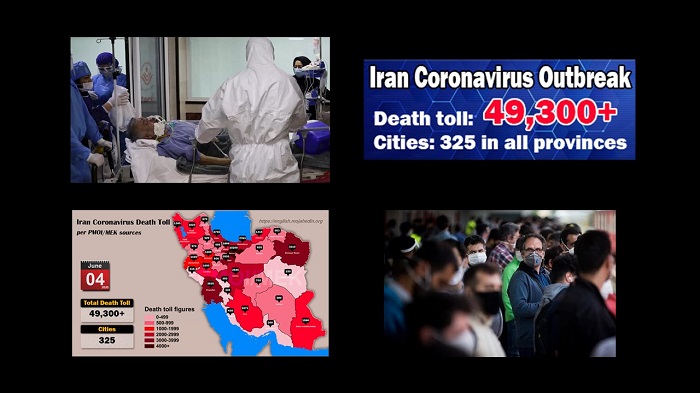 MEK has been closely monitoring the outbreak because it knows that the regime cannot be trusted.

Since the very beginning of the Coronavirus outbreak in Iran, the clerical regime has taken very little responsibility. It firstly neglected to take all the precautionary measures that it should have and, when it became clear that the situation had spiraled out of control, it tried to convince the public that the government was dealing with the crisis very well.

However, the main opposition to the Iranian regime, the People’s Mojahedin Organization of Iran (PMOI / MEK Iran), has been closely monitoring the outbreak because it knows that the regime cannot be trusted in such situations. Its latest reports indicate that more than 49,500 people have died after contracting COVID-19, but the regime’s figures are a fraction of this.

#Iran: #Coronavirus Death Toll in 325 Cities Exceeds 49,300
Spokesman for the Health Ministry: 3,574 new patients in 24 hours, the highest since the Coronavirus outbreakhttps://t.co/tunA8v0ofM

Iranian President Hassan Rouhani declared last month that it was safe for people to go back to work and said that there are numerous “white zones” across the country. He also decided that religious sites would be reopened, contrary to warnings by scientific and medical experts that this would only result in a surge of infections.

On a number of occasions, the Iranian president and Supreme Leader Ali Khamenei declared that hospitals had plenty of free beds in intensive care units (ICUs), despite the overwhelming number of claims contrary to this, especially on the part of hospital personnel.

At one stage, they were also trying to pass the blame over to the people of Iran, saying that the people must not have been “abiding by regulations”. People have also been arrested for speaking out about the reality of the situation, charged with spreading rumors.

The (PMOI / MEK Iran), previously reported about doctors and nurses who have been threatened with imprisonment for sharing lifesaving information about the virus with the Iranian people.

Over 49,300 people have died of the novel #coronavirus in 325 cities checkered across all of #Iran’s 31 provinces, according to reports tallied by the Iranian opposition PMOI/MEK as of Thursday afternoon local time, June 4. https://t.co/uUo7oKABLR

Yet, it is becoming impossible for the Iranian regime to maintain its lies. No matter how hard its propaganda machine is working, officials cannot hide reality. Earlier this week, the regime’s Ministry of Health announced that there have been 3,117 new cases of COVID-19 in the space of just 24 hours, representing a fourfold increase in a month. It also said that the highest number of patients in a 24 hour period since the beginning of the outbreak was 3,186 which was recorded at the end of March.

The head of the National Coronavirus Combat Taskforce (NCCT) in Tehran, Alireza Zali, also said that the outbreak is still present across the whole country. He said explicitly that the danger of the virus “has not been eliminated whatsoever from the country”.

No matter what the regime does from now on in, the people are determined to see the regime collapse. The regime knows that the social situation in the country is very serious and it is trying its best to survive.

#Iranian regime is desperately trying to downplay the security forces’ crimes during the 2019nationwide uprising by claiming that just over 200people died during the protests and that not all of them were killed by the regime’s militiashttps://t.co/eS4eUQxoFQ #MEK @USAdarFarsi pic.twitter.com/M122W3x66S

One Iranian daily, Resalat, described the situation as being very delicate, likening the situation to a match flame falling into a haystack. This is a very accurate description and society has been described as explosive.

Last November, the increase in fuel prices sparked a nationwide uprising. The same is certain to happen again very soon.