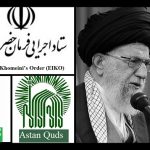 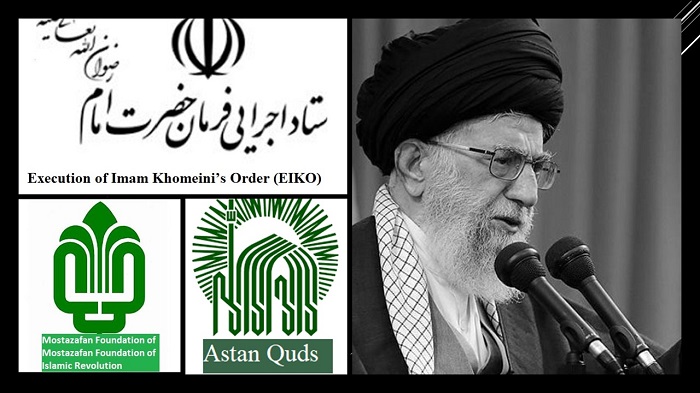 Khamenei and his financials cartels.

According to MEK Iran sources, over 28,200 people have now died from the coronavirus in Iran, most of them the victims of the regime’s inaction and cover-up, because the regime could and should do more to deal with this crisis.

For one thing, the regime could have ended flights to and from China. For another, they could have not hidden the reports that the disease had spread to Iran. These early steps could have slowed the spread. They could have saved lives.

More than 28,200 people have died of coronavirus in 273 cities checkered across all of Iran's 31 provinces, according to the Iranian opposition PMOI/MEK.#Iran#COVID19 pic.twitter.com/cEMPfMyaWS

But we cannot turn back the clock, so what should the mullahs do looking forward?

Well, they should institute a lockdown, so that people only go outside for food, medicine, for essential work, or to help the more vulnerable. Most other countries have done this to flatten the curve and lower the death toll.

They could also properly fund the healthcare system and produce enough protective equipment to save the lives of the key workers, like nurses and doctors.

The regime wouldn’t even need to borrow the money to keep the country afloat. They could just dip into the huge financial resources held in Supreme Leader Ali Khamenei’s foundations, like the Execution of Imam Khomeini’s Order (EIKO) and Astan Quds Razavi.

This is something that the Iranian Resistance has stressed from the start of the pandemic, desperate to save the lives of their fellow people. Even regime officials and the state-run media are starting to float the idea.

Massih Mohajer, editor-in-chief of the Jomhuri–e Eslami daily and former advisor to Presidents Hashemi Rafsanjani and Mohammad Khatami, actually wrote an op-ed advocating for the foundations to spend their money on the impoverished people now.

In his piece, he wrote:

“Considering the economic recession caused by the coronavirus, what will the big financial institutions such as the Execution of Imam Khomeini’s Order, the Mostazafan Foundation of Islamic Revolution and Astan Quds do if they do not spend their money for the impoverished people?”

He noted that the Iranian people are helping each other, but that this is not nearly enough to deal with the current crisis and that the highly capable financial powers should be doling out money to avoid a recession.

Of course, the regime has not done this. They don’t want to help the 80% of Iranians who live under the poverty line and cannot afford to self-isolate. Instead, the mullahs wanted to use the epidemic as an opportunity to get international sanctions lifted, blaming them for the lack of aid for the people.

#Iran tries to blame the #US #Sanctions on the desperate situation of #Iranian #people on #coronavirus.https://t.co/DDl6cNA71V#MEK #COVID2019 @USAdarFarsi pic.twitter.com/T8zwcuhL6K

It’s worth noting that sanctions do not stop humanitarian aid from going through. Iran has rejected US aid and expelled Doctors Without Borders, in much the same way that the people reject the mullahs and will expel them after this crisis has passed.