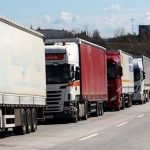 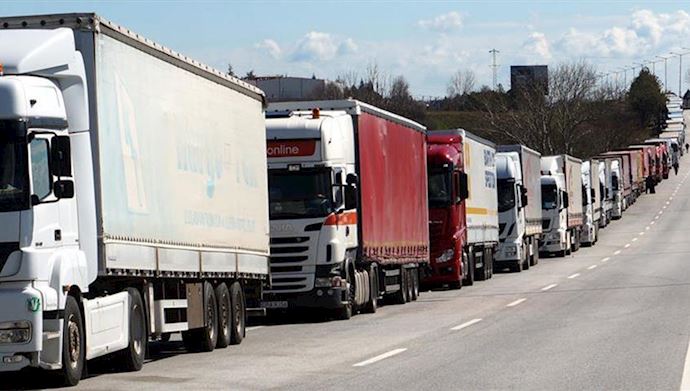 In a letter or condemnation, five international trade unions expressed “deep shock” over the recent demand by Qazvin Province’s prosecutor general to execute seventeen truck drivers for their part in the nationwide truckers’ strikes that began in late September. The International Trade Union Confederation (ITUC), the International Transport Workers’ Federation (ITF), Education International, the Industrial Global Union and the International Union of Food, Agricultural, Hotel, Restaurant, Catering, Tobacco and Allied Workers’ Associations (IUF) called the possible executions a blatant violation of labor rights and said that it was unacceptable to execute workers for asking for economic rights.

The trade unions’ letter asked regime Supreme Leader Ali Khamenei to reverse his accusations against the arrested drivers and to guarantee their safety. They also asked that the Committee on Freedom of associations and the  Committee of Experts on the Application of Conventions and Recommendations (ILO) to inform the regime of its responsibilities to its workers and to reaffirm their fundamental rights.

The most recent truck drivers’ strike started on September 23rd, 2018 and went on for three weeks, spreading to 310 cities in every province in Iran. This was the third strike by Iran’s beleaguered truck drivers this year. The truck drivers face unsafe conditions, subpar pay, corruption by officials, and exorbitant prices for replacement parts, particularly tires. Truck drivers cite a 600% increase in the price of spare parts.

The truck drivers’ strike received international support from labor organizations when it began on September 22nd. Teamsters General President James P. Hoffa pledged support for the striking drivers in a letter, writing: “The International Brotherhood of Teamsters, representing 1.4 million transportation and supply chain workers in the United States and Canada, stands in solidarity with our Iranian brothers and sisters. We urge the government of Iran to listen to the grievances of striking Iranian truck drivers, address their just demands and recognize their internationally recognized rights to assembly, speech, freedom of association and collective bargaining.”

The International Transport Workers’ Federation (ITF) also supported the striking Iranian truck drivers, writing a letter of concern as the regime retaliated against the drivers several days into the strike. In a statement, the ITF wrote: “The ITF is extremely concerned that news emerging from Iran has detailed a large number of driver arrests. Around 150 truck drivers in various provinces have reportedly been detained for participating in the action, with a spokesperson for the judiciary threatening ‘heavy punishment.’” The statement went on to say, “Drivers have been protesting about low and unpaid wages, the high cost of parts (including tires), and rising costs of the context of a deteriorating economic situation nationally.”

The MEK has been active in its support of the striking drivers. The MEK’s Resistance Units continue to work with all of the workers of Iran to fight against the regime and it’s corrupt and inhumane policies that have left 75% of the Iranian people in poverty.

The death penalty is a tool for terrorizing the society and a significant instrument for preserving the regime. Both factions benefit from such endless savagery to prolong the regime’s rule.
#NoToExecution #Iran

During the strike, Mrs. Maryam Rajavi, President-elect of the National Council of Resistance of Iran (NCRI), called upon human rights organizations, labor rights defenders, unions and labor syndicates to support the striking drivers, urging that they take immediate action to call for the release of those drivers who had been detained. “When regime threatens strikers with death, it must be isolated by the international community,” she said.