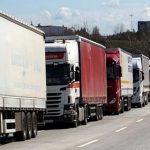 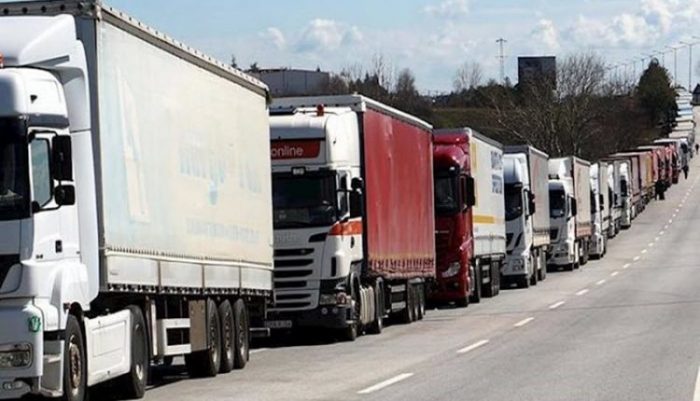 On September 23rd, protests flared again across Iran as a new round of anti-regime protests spread across the country. The protests began with a yet another strike by Iran’s truck drivers. The strike began in 40 cities, but MEK sources inside Iran report that, as of Wednesday, the strike has spread to 190 cities.

Truck drivers make up an essential part of the framework of Iranian society. Past strikes by the country’s truck drivers have caused massive disruptions throughout Iran, forcing the regime to acknowledge their importance and make a series of concessions to the drivers. Despite these token concessions, the majority of Iranians in the transportation industry live below the poverty line. Truck drivers find themselves struggling to pay for replacement tires for their vehicles because of the regime’s mismanagement and corruption. Without the support of their government in addressing this issue, they have no alternative but to strike.

#Iran
Sep 27
Continuing the strike of truck #drivers for the fifth day in 169 cities in 31 provinces
Protesting the cost of spare parts and the high cost of living#Iranprotests #Truckers #SupportIranTruckers @ITFglobalunion pic.twitter.com/xWjUjnOAuy

Truck drivers cited a number of issues as reasons for their strike. A fuel driver from Kermanshah said,

“Rates are rising every day but car rents are fixed. How would you manage your life? I’m tired of this wreck!”

One protester from Amoi cited the regime’s broken promises, saying, “We were tired and disappointed with failed promises made by the government. The only solution is to protest against them.”

The price of replacement tires is a sticking point for many of the striking workers. A driver from Tehran said, “I’ve been at this job for 12 years but I still can’t afford a new truck tire. My truck has a flat tire and if I can’t get it running, I don’t have a job.”

The drivers are encouraging others to join their strike, with many driving home with empty tankers as a sign that they are participating in the protests. One striking worker from Marvdasht, Fars Province recorded a video message, saying, “I’m driving back home with an empty truck. Everybody should do the same!”

The truck drivers’ strike is expected to lead to additional protests by other workers. The merchants of Tehran are planning to strike next week. Tehran’s merchants sparked the August uprising over the devaluation of the rial, which brought protesters in cities across Iran into the streets to protest. The rial plunged again on Tuesday, selling at 18,000 rials to one U.S. dollar. It is worth noting that the last uprising occurred under almost identical circumstances, also in solidarity with a truck drivers’ strike.

Rampant unemployment and factory closures are additional factors that are likely to drive people to the streets to protest. Factory workers in Zarandiyah and Saveh from more than 35 closed facilities have waited more than 10 months for their salaries. The impending U.S. oil sanctions add to the growing tension.

The people of Iran are restless and dissatisfied. They see the regime for what it is, and they see an alternative. A new round of protests is here.