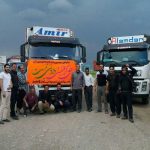 The Iranian Regime Threatens the Nation’s Truck Drivers with Execution 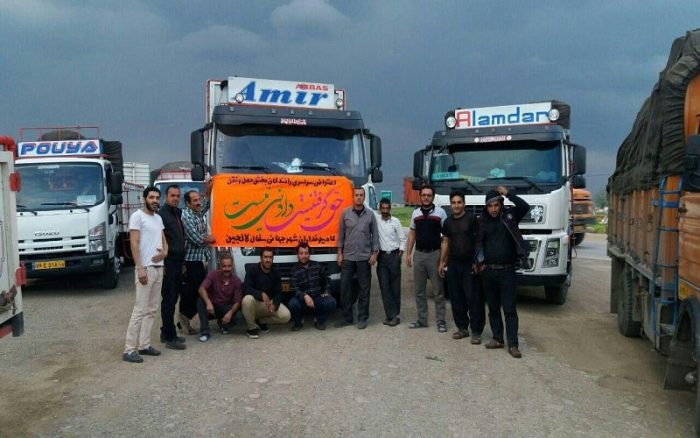 The Iranian regime threatens to execute truck drivers if they continue their strike over high prices and the lack of management to deal with their basic needs.

The truck drivers’ strike in Iran has ploughed into its eighth day and shows no sign of letting up. Truck drivers in more than 220 towns and cities across the country have stopped working in protest of low salaries, the rising costs of spare truck parts, and a lack of response from the Iranian authorities.

The regime’s response has been heavy-handed. Last week more than 15 drivers were arrested for their involvement in the protests, but with arrests doing little to deter the protestors, the government is threatening to take things a step further.

The Threat of Execution

The regime leadership sent Chief Prosecutor General Montazeri to threaten the strikers. The state-run news stations have also rushed to portray the strikers as a public menace.

On State TV, the Chief Justice of Fars province, Ali al-Qasimehr, described how the strikers were causing “corruption on earth”. A Brigadier General of the Islamic Revolutionary Guard Corps (IRGC), General Mohammad Sharafi, also threatened the protestors with a strict response.

A Change of Message

However, the threats mark a significant change of message from the regime and its leadership. Just two days prior to the execution threats, the Director General of Fars Province Transportation had refused to acknowledge the existence of the strike.

He suggested that news of truck drivers striking was nothing more than a rumor, telling the official IRGC news agency, “ rumors about [a] truck drivers’ strike have been circulating in the media and [on] cyberspace”.

He blamed the regime’s opponents for the “rumors” and accused them of creating a crisis within Iran.

Support for the Truck Drivers

Although the regime has sought to silence and undermines the truck drivers’ message wherever it can, the striking drivers have drawn support from the Iranian public and the Iranian community living in exile around the world.

President-elect of the National Council of Resistance of Iran (NCRI) and leader of the People’s Mujahedin Organisation of Iran (MEK), Maryam Rajavi, pledged her support to the striking truck drivers.

She condemned the regime’s threats against the dignified and hardworking drivers, calling the regime the true bandits, not the drivers.

The mullahs are unwilling or unable to respond to the truck drivers’ demands. Their violent response of carrying out arrests and threatening the protestors with execution is the only way they can hold onto power. It indicates the regime’s weakness and an uncertain future in power.

#Iran
Sep 30
Thousands of truck drivers in over 250 cities throughout all of the country's 31 provinces are continuing their strike.

Maryam Rajavi and the MEK urged the international community to assist the striking drivers and reject the Iranian regime. She also called on human rights groups to denounce the arrest of protestors and highlight the regime’s abuse of power and silencing of the political opposition.

There should be no place among the international community for a leader that has such blatant disregard for the rights of his population.