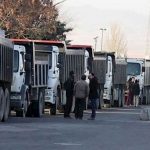 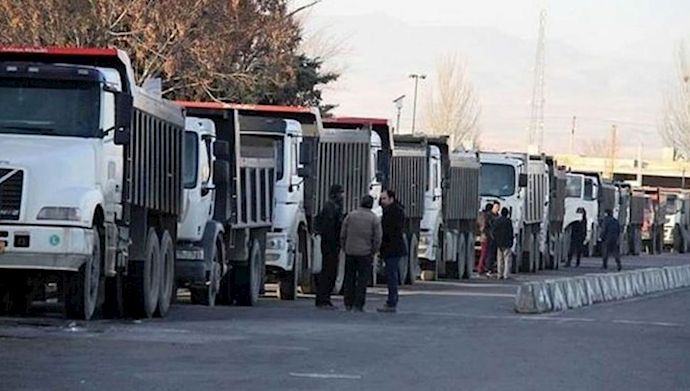 Truck driver’s strike continues into sixth day to object the rising prices and the repressive measures imposed on the drivers. The strike covered 220 cities across Iran.

Iran’s truck drivers continued their strike on Friday, despite the arrests of 15 striking drivers on Thursday. Friday marked the sixth day of the strike, which has now spread to more than 220 cities across the country.

Ismaeel Sadeghi Niaraki, the regime’s prosecutor in Qazvin Province in northwest Iran, said that the drivers were arrested because they “blocked roads with their trucks and disrupted commuting inroads inside the province.”

In an interview with the state-run Mehr news agency, Niaraki threatened the striking drivers, saying, “Action has been taken against any individual who disrupts people’s lives and we will not allow people seeking their own interests to block roads and prevent general commuting, disrupting people’s lives.”

Arresting drivers is a departure from the regime’s usual method of dealing with truck drivers’ strikes. Iran’s truck drivers have gone on strike twice already this year, and the regime has responded by intimidating the drivers with threats, setting trucks on fire, trying to transport cargo with army trucks, attempting to lure drivers to terminals with replacement tires, claiming that the MEK was responsible for fomenting dissent, making minor concessions to the drivers, and making a series of promises to the drivers that went unfulfilled after the strikes ended.

The truck drivers have a reasonable list of demands that were not effectively addressed during previous strikes. They have asked for the following concessions:

The truck drivers have received an outpouring of support over the last year from international truck drivers unions and transportation labor groups.

Each time the truckers go on strike, they lose wages for days and face intimidation from the regime. The drivers already struggle to maintain their vehicles and pay their bills. Iran’s truck drivers are on strike for the third time in one year because they have no other choice. It has become too expensive to do their jobs.