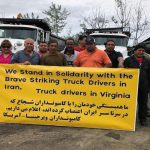 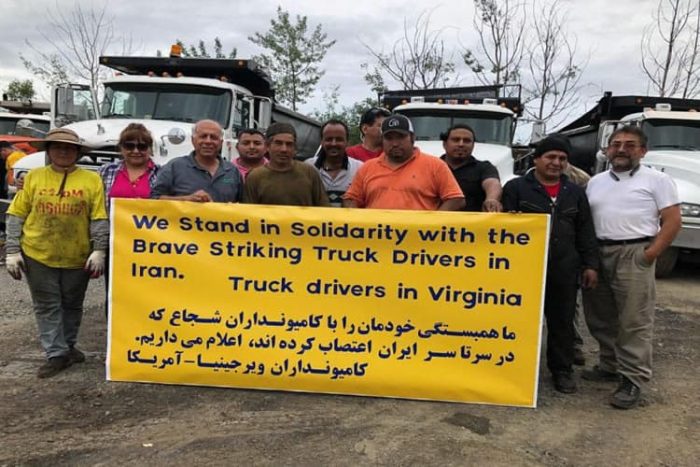 On Tuesday, the International Transport Workers’ Federation (ITF) issued a statement in support of the Iranian truck drivers’ strike, which, as of Wednesday, is on its eleventh day.

In the statement, the ITF’s Head of Inland Transport Noel Coard was emphatic in ITF’s support for the truckers. “Let it be clear, ITF unions globally voice their solidarity and stand alongside the truckers of Iran in their fight to defend workers’ rights,” he said.

The ITF is concerned about the Iranian government's reaction to the latest industrial action by truck drivers, which is in its second week. More here: https://t.co/qvAfUBLx6X #WeAreITF #IranProtests #Iran #SupportIranTruckers pic.twitter.com/FDKgaG85B9

The ITF first supported the Iranian truck drivers during their May strike. That strike rapidly became a nationwide strike and also drew the support of the Teamsters. Despite repeated promises by the regime, few changes have been made. The current strike is the third round of truck drivers’ strikes to take place in Iran this year. The regime has now resorted to threats of execution and arrests.

According to the ITF statement: “The ITF is extremely concerned that news emerging from Iran has detailed a large number of driver arrests. Around 150 truck drivers in various provinces have reportedly been detained for participating in the action, with a spokesperson for the judiciary threatening ‘heavy punishment.’

“Most seriously, the ITF understands that Iran’s attorney general, Mohammad Jaafar Montazeri, has suggested that those who initiated the protest actions will be subject to the death penalty, citing a threat to national security. His comments have been echoed by other clerics.”

Iran’s truck drivers are protesting low wages; high costs for parts (particularly replacement tires); increasing fees and costs, such as tolls and loading fees; poor working conditions; and corruption. Economic conditions have worsened over the past year with the plummet in value of the rial. Iran’s national currency has lost 80% of its value since the beginning of the year, leading to higher prices for everyone. Truck drivers are finding it more difficult to pay for essential goods, and truck parts are all but impossible to afford, making their jobs unsustainable.

The economic crisis facing Iran affects every sector of Iranian society, and truck drivers are one of many groups that have joined the protests over the past year. The MEK’s resistance units have been active in helping to organize protests across Iran among people from all walks of life who are dissatisfied with the current regime and its handling of the country.

Hundreds of striking truckers have parked their trucks in Tehran, Isfahan, Zrin Shahr, Droud, Arak, Marvdasht, Garmsar, Karan, Zarand, Marand, Kashan, Bandar Abbas, and Mashhad, according to the ITF statement. Footage of the parked trucks may be found on social media.